Surprises And Disappointments Of The 2014 FIBA World Cup Group Stage 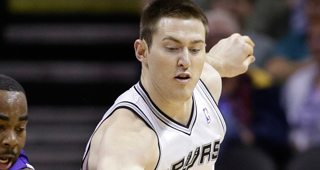 The 2014 FIBA World Cup group stage didn't bring too many surprises, with the quite predictable result of all favorites reaching the quarterfinals and will continue to fight for the gold in Madrid and Barcelona, while Iran, Egypt, Puerto Rico, Philippines, Ukraine, Finland, Angola and South Korea head home early.

After all of the teams played five games and got ready for the playoffs, RealGM took a look at some of players, who despite their team success struggled to reach expectations, and others, who unexpectedly were very productive.

The best rebounder of FIBA World Cup, Andray Blatche made his name known on the international scene. It was obvious that Blatche would be the key piece of Philippines national team, but very few expected that he would record a double-double in every single match he played in Spain. In five games, Blatche scored no less than 14 points and collected no less than 12 rebounds in each of them, helping the Phillipines achieve their first World Cup victory in 40 years.

Transitioninig from youth basketball to the highest levels of the world - Dario Saric never heard about it. It’s been only the second offseason that the 20-year-old big man joined the Croatian national team, but Saric has became one of the key players almost instantly. Same as Baynes, Saric doubled his statistical numbers compared with 2013 EuroBasket and was unexpectedly consistent - Saric scored in double-digits in every of five games he played.

The 24-year-old Minnesota Timberwolves’ big could be called not just a surprise, but a true sensation of the 2014 FIBA World Cup. Dieng helped his team win two group games and advance to the playoffs, while averaging 18 points and 11.4 rebounds. The 27-point performance against Croatia has sparked the U.S. media to talk about why Dieng will be a future All-Star and why Timberwolves should now move Nikola Pekovic.

Recently waived by the Los Angeles Clippers, Miroslav Raduljica has definitely raised his stock after a very solid performance in FIBA World Cup group stage. The 26-year-old Raduljica didn’t score more than 14 points in a single game last season, while in this championship the Serbian big man averages 14.2 points after scoring in double-digits in every of five games he took part in. It seems that Raduljica is not ready to give up his NBA dreams, but in case that happens, he is now one of the most wanted big men in the European market.

So far the recent videos demonstrating Derrick Rose’s incredible physical capabilities has not turned into reality. Even though the US has been dominant, Rose struggle to score as he made only eight out of his 32 field goal attempts and has missed nine of 10 3-point attempts. However, Rose and Team USA coaching staff do not seem to be surprised as missed shots and turnovers normally comes with not playing for two years.

Worst performance: 4 points and 1 rebound in 24 minutes against Spain.

Mickael Gelabale, currently a free agent, recently received interest from European powerhouses and NBA teams, which planned to watch Gelabale perform in FIBA World Cup. So far the experienced 31-year-old forward has been struggling to find ways to score as Gelabale averages career-low 5.8 points per game. In his first five games, Gelabale did not had a single double-digit scoring game and went to the free throw line only twice.

Nenad Krstic has been in decline over the past few seasons but his role with the Serbian national team has changed even more dramatically. Krstic’s playing time was limited due to his poor conditioning, which was mainly caused by a knee injury. It is uncertain if Krstic, who averaged 15.4 points and 4.8 rebounds in 2013 EuroBasket, will get in shape soon, but for now he remains overshadowed by Raduljica and spends most of the time off the court supporting his teammates.

Nicolas Batum was unstoppable in 2012 Olympics and was a big piece of gold-winning French national team in 2013 EuroBasket. After Tony Parker announced his decision to have rest this summer, Batum was expected to step up once again and carry this team on his back. So far, Batum is averaging career-low 9.2 points per game, shooting only 26.3 percent from beyond the arc. If France has intentions to go any further than quarterfinals, they definitely need bigger contribution from their leader Batum.

Worst performance: 2 points, 2 rebounds and 2 assists in 20 minutes against Philippines.

As Carlos Arroyo was sidelined for the most part of FIBA World Cup group stage, Renaldo Balkman had a chance to put up MVP-worth numbers as he did in 2013 FIBA Americans where he averaged 19 points and 9 rebounds per game. However, after putting 23 points and five rebounds performance against Greece, later Balkman scored just two points in a win against Philippines and just six points in a do-or-die type of game versus Croatia. That was not enough to beat Croatia and advance; therefore Balkman together with Puerto Rico had to go home early.