Cutting Up The Revisionist History Of The James Harden Trade 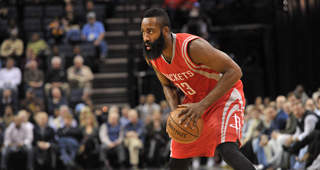 The Oklahoma City Thunder’s recent trade for Dion Waiters can be seen as their latest bid in a seemingly futile quest to replace James Harden. Ever since they traded Harden, the Thunder have been trying to find a 6th man who can carry the second unit and help close out games in the fourth quarter. Over the last three seasons, every potential Harden replacement, from Kevin Martin to Reggie Jackson and Jeremy Lamb, has been ultimately found wanting. It’s going to be hard for any reserve to be as good in that role as a guy who could be the MVP of the whole league.

The way the story is usually told, the Thunder had a chance to be one of the special teams in NBA history if only they had been willing to shell out a max contract for Harden. Given how well he has played with the Houston Rockets, who knows what their Big Three could have done if they had been allowed to grow together into their late 20’s. The reality is a little different. Oklahoma City’s decision was as much about Harden’s future as it was their own finances.

It’s easy to forget now, but there were plenty of people criticizing the Rockets for their decision to max out Harden, a guy who had never been a full-time starter. While he was the reigning Sixth Man of the Year, he was still seen as a part of Kevin Durant and Russell Westbrook’s supporting cast. At that point in his career, no one was comparing him to Kobe Bryant and Dwyane Wade. It’s hard to be one of the best players in the NBA when you are coming off the bench.

Nor was it a matter of the Thunder simply moving Harden into the starting line-up. They were coming off seasons where they won more than 70 percent of their games, so why rock the boat? Thabo Sefolosha was the perfect defensive complement to Durant and Westbrook, younger players who weren’t as locked in on the defensive side of the floor. Given the dynamic of the team, it made more sense for an offensive-minded guard like Harden to come off the bench and dominate the ball, rather than being turned into a glorified 3-and-D player with the starters.

This problem reared its head in the Thunder’s five-game loss to the Heat in the 2012 NBA Finals. Scott Brooks had Harden matching-up with LeBron James for large portions of the series, a decision which predictably backfired. However, if you are going to have Harden on the floor and you aren’t going to let him hold the ball, how else is he going to impact the game? As long as he was in Oklahoma City, he would need to focus on his on-ball defense, which was never the strength of his game.

Once Harden was locked into a role on the bench, meanwhile, his minutes fluctuated due to the dynamics of the game as well as the way Brooks handled his rotations. In Game 1 of the Finals, Harden (22) played fewer minutes than Derek Fisher (25). To add insult to injury, Fisher and Kendrick Perkins reportedly had to calm down Harden after the game and sell him on the importance of sacrifice for the greater good, as if the entire team wasn’t already sacrificing so that Brooks could keep his two beloved veterans on the floor in complete defiance of basketball logic.

I have no inside information on this, but my guess is Game 1 of the Finals effectively sealed the deal on Harden’s time in Oklahoma City. Not only was Harden being asked to play behind objectively inferior players, he was being asked to take less money for the privilege of being called an asshole while doing so.

From the Thunder’s POV, they had no reason to re-arrange their entire team to accommodate Harden. They won 60+ games in their first two seasons without him. Were it not for some fairly untimely injuries in the last two playoffs, they might have already won a title. To be sure, Harden would have been huge in place of Westbrook, but that’s exactly why he could never stay. You think he was going to want to sit around on the bench in the prime of his career just in case the Thunder needed him in the playoffs? Basketball players are human beings not efficiency-maximizing widgets.

Playing three ball-dominant players the entirety of the game together isn’t as easy as it might seem, as the experiments in Miami and Cleveland have proven. As a starter, Harden would have been thrust in the Kevin Love/Chris Bosh role in the Thunder Big Three, except he couldn’t bring nearly as much to the table in terms of rebounding, scoring from the post and spacing the floor from the front-court.

If you are building a team around Harden, you would want a roster more like the Rockets. Houston surrounds The Beard with two elite 3-and-D players in Patrick Beverley and Trevor Ariza, guys who can spread the floor for him and cover for him on defense. Harden gets to spend most of the game dominating the ball while playing in max space, and as you would expect for a player with his abilities, he is thriving in that role. He is averaging 27 points, 6 rebounds and 6 assists a game on 44% shooting and he is one of the frontrunners for the MVP award.

If Harden had stayed in Oklahoma City, he probably wouldn’t even be an All-Star, much less a first-team All-NBA guy. His numbers wouldn’t compare to shooting guards like Klay Thompson and Monta Ellis who would have bigger roles on elite teams. Harden averaged 11.6 FGA’s in his final season with the Thunder in comparison to 18.5 this season. If he were getting more shots with the Thunder, it would have come at the expense of Westbrook and Durant. Long story short - he wasn’t getting more shots.

If anything, Harden needed to play a smaller role. Kevin Durant would never have won the MVP if the Thunder’s 6th man was still dominating the ball in the fourth quarter. Without Harden, Durant was forced to expand his game and become more of a playmaker, instead of focusing purely on scoring and letting his guards distribute the ball. In Harden’s last season in Oklahoma City, Durant averaged 3.3 assists a game. He averaged 4.2 assists a game the next season and 5.1 the year after, when he won the MVP.

This season, with Durant on the shelf, Westbrook emerged as an MVP candidate in his own right, averaging 26 points, 7 assists and 5.5 rebound a game on 43% shooting. You can make the argument that the Thunder had the best young PG, SG and SF in the NBA at the same time. That sounds great on paper, but it’s not a very balanced roster. That’s like a team with the best QB, RB and WR in the NFL - they still wouldn’t win without a good offensive line. Star-power isn’t enough. That’s why the Cavs just spent two first-round picks on Timofey Mozgov.

Durant, Westbrook and Harden are legitimately great basketball players who need the ball in their hands for most of the game. There was no way you could keep all three happy and have them live up to their considerable potential on the same team - it was always going to be a 1+1+1 = 2.5 situation. If there was going to be a Big Three in Oklahoma City, Serge Ibaka was the more natural complement.

The common criticism is that Oklahoma City’s young players (read: Harden) should have been more willing to sacrifice to win. Under this line of thinking, a young guy who wants to maximize his own potential is a selfish cancer who is only looking out for himself. What happened to Harden is happening to Reggie Jackson and it will ultimately happen to Waiters too. Young players don’t want to play on the bench their entire careers - it doesn’t make them bad people.

All you have to do is look at a different line of work to see the absurdity of what Harden was being asked. Imagine a young writer working for a bigger publication who has developed a successful niche but can’t branch out into other areas of writing because the organization already has bigger names doing it. And then, when it comes time to negotiate the contract, he is told that he isn’t doing enough to command a higher salary. What would anyone say in that situation? Just because I’m a young guy whose been asked to play a position in order to break into the game, don’t put me in a box and say I can’t do other things because you have never seen me do them. If I get an opportunity to have a bigger role somewhere else, I am going to have to leave and do what’s best for me.

Harden was never going to be Manu Ginobili when he had the chance to be Kobe Bryant.

The funny part is the players are criticized either way. If they team up with other great players and sacrifice to win a ring, ala the Miami Heat, they become gutless ring chasers who don’t have the fortitude to win on their own like the great stars of the 1980’s. If they decide to break apart a great team and go out on their own, they become selfish aggrandizers more concerned about shoe deals and endorsement money who don’t have the same team-first mentalities of the great stars of the 1980’s.

Players are villainized whenever they exercise any autonomy over their own careers. When the Thunder traded Jeff Green, it was just business. When Reggie Jackson wants a bigger role, he is selfish. As fans, we don’t want to consider player agency at all, which is why everyone focuses on whether or not the Thunder are cheap when the reality is far more complicated. For as much fun as it was to watch James Harden play with Kevin Durant and Russell Westbrook, he was always meant to walk his own path in the NBA.