Coach's Corner: Four Questions Coming Out Of The Deadline 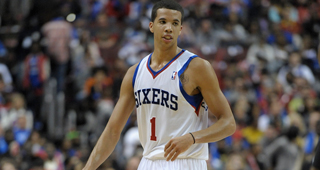 With a historic deadline day that left NBA fans dazed and confused now behind us, we here at RealGM took some time to exam four questions that emerged from the chaos.

1. What contender got better; Houston or Oklahoma City?

While the Thunder stole headlines for the megadeal that brought them Enes Kanter, D.J. Augustin, Kyle Singler and Steve Novak, the Rockets made a sneaky great pickup in the form of Pablo Prigioni.

The reason these two deals are even comparable is simple: fit. Houston has desperately needed both a reliable backup point guard and willing ball mover. Prigioni checks off both boxes and should be a huge asset for the team come playoff time when every minute from a team’s bench can make or break a postseason outcome. Not to mention the fact that as a player with extensive experience in big games during his international career, Prigioni could even find himself closing out games for a Houston club desperately in need of true court general.

And whereas Prigioni slots perfectly into the Rockets' setup, not a single player acquired by the Thunder has a clearly defined role to step into. Kanter was clearly brought in to be a nice offensive presence but when, how and with who he’ll be getting those touches is an interesting question. Grinding out post ups with Kanter doesn’t seem to make much sense during times when Kevin Durant and Russell Westbrook are on the floor and the idea of bringing Kanter off the bench (presumably when Steven Adams is healthy enough to start) is sound except for the fact that the new Thunder’s big beef with the Jazz was his dwindling minutes.

On top of all that, Kanter has spent most of his career being a complete disaster on the other end of the floor, particularly in pick-and-roll. Given that Scott Brooks has long pushed a defensive identity on the team, it will be interesting to see how he navigates Kanter’s shortcomings on that end of the floor.

Singler and Augustin should see time in the rotation, but once again, the roles are rather murky. Singler might be the most well-rounded wing on the roster now, but is neither the defender incumbent starter Andre Roberson is nor can he match the shooting prowess of reserve wing Anthony Morrow. In theory, this sets up as a nice three-man carousel -- the two specialists and the jack-of-all-trades -- rotating around Durant, but that sometimes gets messy when the actual games are played.

Augustin’s situation is even more worrisome. As I pointed out recently, Augustin is a player whose best success comes when given the freedom to dominate the ball. Not only does the presence of Durant and Westbrook limit that, but Augustin will also share Jackson’s bench minutes alongside the ball-dominant Dion Waiters. Situations that have mirrored this in past have not suited Augustin and it’s hard to see what’s different enough about this role with Oklahoma City to change it.

So while it may seem a little insane given the level of talent and sheer volume of players, Houston may have actually become the better team after the deadline.

2. Why was Denver so anxious to get rid of JaVale McGee?

It’s been really hard to get a feel for what Denver is trying to accomplish these days. If there is a plan, it’s certainly obscure. With rumors that even Ty Lawson was on the block, the Nuggets only ended up dealing three players -- Arron Afflalo, Alonzo Gee and Timofy Mozgov -- since the start of the trade season began. Moves like this would seem to signal that Denver seemed would be heading toward full teardown mode.

Yet near the end of the deadline day frenzy, word broke that Denver was sending McGee to Philadelphia along with the recently acquired first round pick (which is top 18 protected for this upcoming draft and top 15 protected in 2016 and 2017). The pick was the price for the Sixers to take on the remainder of McGee’s contract, which has one year left on it at $12 million. For a team in the Nuggets position, trading a future asset, even one that will likely settle in the latter third of the first round, seems to make little to no sense.

The cap room they garner next season will allow them to be a major player in free agency, but the franchise is neither winning nor located in an attractive market, so it’s hard to imagine what impact member of next year’s free agent class -- which is also top heavy with frontcourt players, an area in which Denver is well stocked -- they are going to draw with the money. The only possible explanation is that McGee, with a reputation for, well, being a knucklehead was such a negative impact on the team’s culture that the front office needed to send him packing as quickly as possible. If ownership was unwilling or unable to agree to a buyout, the only avenue to rid a toxic locker presence would be bribing another team with a pick.

But either way, essentially giving away a pick that could yield either a cost-effective young player as early as next season or perhaps even be included as part of a larger package of assets used to acquire a disgruntled talent seems like a poor decision.

3. Is the Carter-Williams deal a referendum on him as a person or part of Sam Hinkie’s eternal tanking project in Philly?

I’ve been going back and forth on this ever since the deal went down. On one hand, Hinkie’s previous decisions lend to the belief that if a player doesn’t show star potential during what is still apparently the teardown phase of this rebuild, he’s readily available to be shown the door for more assets. Carter-Williams is (already) 23 and has failed to show improvement as a shooter during his second season in the league and it’s probably a good bet that he’ll never round out his game enough to be a true star in the NBA. If so, it’s still early enough in the process that Hinkie can stick to his ultra-aggressive plan and cut bait on the youngster for a potential lottery pick that will essentially act as a do-over for Carter-Williams. After all, 23 years old isn’t exactly young for a prospect and there will be plenty of teenagers with far more years of developmental upside that will be available in this (or next) summer’s draft that Philly can acquire with the Lakers pick they received from the Suns. Such a philosophy is certainly unconventional given the way NBA teams have traditionally operated, but it’s clear by now Hinkie cares not for your conventions.

But enough words have been devoted to the insanity (or brilliance) of such a strategy, so I won’t bore you with yet another take. Instead, I’ll shift the focus on Carter-Williams himself. I’m not tied into the league enough to have trusted info on Carter-Williams as a human being, but there’s a chance that the Bucks could have a case of buyer beware. Maybe it’s the cynic in me, but even given Hinkie’s philosophy, it seems a little extreme to let such a young player with a unique skill set go before assessing his value with true talent around him unless there were other factors involved.

As Mark Cuban once joked on a Sloan panel, the NBA is an industry where teams “protect the morons” (to be clear, I am not accusing MCW as being one of them) or are secretive about an individual's poor habits in order to maintain their value across the league. Part of why Carter-Williams may have been available despite his relative youth is perhaps due to the Sixers' concerns with his attitude or commitment toward the game. Again, I must repeat I know nothing about Carter-Williams to suggest definitively what he is or isn’t, but if his approach to his craft is littered with question marks and the team feels he is already close to his ceiling as a player,  it would certainly make Hinkie’s decision to deal him much more logical.

If there was nothing wrong with Carter-Williams' approach to his craft, this seems like a move that could definitely be second-guessed in the near future. In an era where ball movement is becoming an increasingly important attribute, trading a 6’6” point guard with the potential to be an savvy playmaker is a big risk. With the wrong turn of events (in Philly’s perspective), the Lakers' pick from the Suns may turn out to be something other than a mid-to-high lottery pick due to it’s restrictions. Should that happen and Carter-Williams blossom as a pass-first point guard thanks to the improved talent that will be around him with Milwaukee, this will definitely be a regrettable decision.

4. Did the Pistons actually improve now or in the future?

Since Brandon Jennings went down with an Achilles injury, Augustin has been more than adequate as his replacement and kept the Pistons playoff hopes alive. While not nearly effective as attacking the paint off the bounce, Augustin certainly did more than enough offensively to keep the Pistons afloat. It’s hard to imagine Jackson, whose play dropped off drastically since being forced to the bench upon Russell Westbrook’s return to health, will be much of an upgrade there even if the change of scenery and starting role revitalize his lackluster play. Augustin is a liability defensively but Jackson, while both longer and taller, is hardly a stopper on that end of the floor.

Jerebko, a personal favorite of mine, had fallen out the rotation despite being more impactful statistically than the guy who is currently replacing him (Anthony Tolliver) and the other (presumably) hybrid forward (Prince) coming into the fold now. And speaking of Prince, the other forward position he’ll likely be seeing time at has been manned by Singler. The former Duke star hasn’t been a world-beater in Detroit, but he’s a 26-year-old wing entering his prime that’s shooting 40 percent from 3-point territory. Prince played well during his time in Boston, but it’s hard to believe that he’ll be much of an upgrade over the departed Singler, unless the Palace of Auburn Hills happens to have a fountain of youth hidden away in a spot only returning members of the 2004 title team know about.

It looks like, at best, the present situation was made no better or worse despite all the player movement. The future, however, is another story. None of the departing players jettisoned by the Pistons had serious futures with the club. Everyone except Augustin was heading into unrestricted free agency, just like Prince is. But one thing complicating the future efficacy of this deal is that Augustin’s contract was a manageable three million dollars for just one more season while Jackson is sure to command a large deal this summer.

If Jackson is the guy head coach and team president Stan Van Gundy has pegged as his future point guard and is hellbent on matching any offer coming his way, these deals make a lot more sense. But if Van Gundy lets Jackson walk if his deal reaches a specific price range next summer, this was a lot activity with very little achieved in the process.

More than likely, however, these deals were conceived with the purpose to stay at roughly the same level now while obtaining a piece with more long-term potential for the franchise than either Augustin and Jennings could provide. That’s some savvy organizational maneuvering that would make even Billy Beane proud.