Jamal Jones Aims To Become Next NBA Draft Pick Out Of D-League, Possibly With 76ers 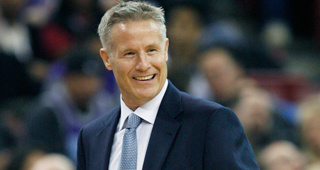 In his move out of the D-League to the June draft, forward Jamal Jones could become the NBA’s next domestic draft-and-stash player with the affiliate organization that has plans to work him out and seriously consider him with six second-round picks: the Philadelphia 76ers.

Jones, a 6-foot-8 product, left Texas A&M a season ago with a year of college eligibility and entered the D-League draft. He was a second round selection by Delaware.

The 76ers will soon work out Jones, who is aware of the franchise’s interest and its possibility to make him a draft-and-stash. If Philadelphia were to place Jones domestically, it would follow the stash of Josh Huestis, the No. 29 pick in the 2014 draft and arranged to play with the Oklahoma City Thunder’s affiliate for at least one season.

“The Sixers have had interest in me all year just because even though I didn’t have a good season with Delaware, they were always there for the practices and they have seen what I’m capable of,” Jones told RealGM by phone. “They’re very interested, and want me come up, work out for them and see how I’ve progressed in the time since the season ended.”

Jones has trained at Elev8 Sports in Delray Beach, Florida, before traveling to Chicago for the D-League elite camp on May 11-12. He entered the D-League as a promising young scorer, but averaged 7.8 points per game in 46 games played and shot 41.9 percent from the field, triggering a sharp message into the 22-year-old’s mind.

“The D-League taught me to always be mentally focused and mentally ready, fighting through the ups and downs,” Jones said. “You have to stay focused throughout the season, all of the games coming. Leaving college last year, I was for sure going to the D-League.

“I never considered overseas because I knew the D-League was a great opportunity to play in front a bunch of scouts, a bunch of guys in the NBA that were either lottery picks or veterans trying to get back to the NBA. I learned a lot from my vets and older guys around the league.

Even so, Jones knows teams will question him in interviews: Why leave Texas A&M with a season left to play as the team’s focal point? For the upcoming pre-draft process, Jones makes clear he’s determined.

“At times, I think I should have stayed in college,” Jones said. “That’s mainly what the NBA is looking at right now: Players who are in college. It’s not that they’re not looking, but they can forget about the players who are draft-eligible in the D-League. So sometimes, I feel I should have stayed, but life goes on. You learn from the decision you make. I grew as a man over these past eight, nine months.

“Now, I need to show teams that I can knock down the NBA three-pointer consistently. I don’t feel like teams know this part about me. I shot 34 percent [from three] this year, so I need to show them that I can shoot and also handle the ball. If I show these things, I feel NBA teams can be excited about the type of player I am.

“It can be done. I just have to work harder than everyone who got exposure at the college level this year.”