The Maximum Available 2016 Cap Space For All 30 NBA Teams 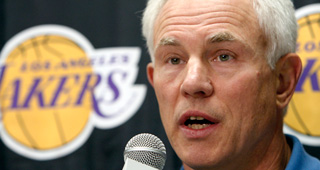 The Salary Cap is scheduled to make the first of two large jumps in time for the 16-17 season. Beginning with the 14-15 season the Cap has increased from just over $63 million to $70 million (15-16). Next season (16-17) the jump is projected to increase by $19 million up to $89 million and then jump to $108 million for the 17-18 season. These large increases are going to reset the NBA’s financial structure. Contracts north of $10 million per season will be commonplace and potentially even the average salary.

For the 2016 offseason, it is often described that that every team is going to have “maximum” cap space. While there will be more space available than ever before, there will still be the haves and have-nots when it comes to actual, workable cap space.

In the table below, you can see how much maximum cap space each team currently projects to have available (assuming a salary cap of $89 million). It is important to understand that maximum cap space means there are no cap holds for free agents or first round draft picks and all partial/non-guaranteed contracts are waived. Actual cap space will be less for most teams as teams and players make decisions on options, which partial/non-guaranteed contracts to retain, which free agents to keep rights on (thus retaining a cap hold) and draft pick positions (and the associated cap holds) settle in. This is simply a picture of where teams have the ability to be at come the opening of free agency next July.

As you can see, once roster decisions noted above are made, several teams will actually have no cap space available at all. It is highly unlikely that any team from Oklahoma City and below will have any means available to them for improving their team, beyond exceptions and retaining their own free agents. As all of those teams are considered title contenders, their offseason options are limited. The teams chasing them will have the opportunity to build a contender rapidly, either through free agent signings or trades. Some clubs will potentially have space for up to two max contracts.

And therein lays the challenge with the 2016 offseason. While cap space is projected to be abundant; talent to spend that space on is not. RealGM maintains a very useful list of free agents that can be found here. A summarized list of major Unrestricted Free Agents basically boils down to Kevin Durant, Al Horford and Mike Conley Jr. All of those players can (and should) expect a maximum contract. Other potential Unrestricted Free Agents, pending option decisions, include DeMar DeRozan, Chandler Parsons, and Dwight Howard. LeBron James has a player option and will likely opt for free agency but the chances of him leaving Cleveland are essentially nil.

Where we can expect to see some extremely large offers made is in restricted free agency. RFAs include Bradley Beal, Andre Drummond, Evan Fournier and Harrison Barnes. There are several other RFAs on the market and due to the money available, they should net large contracts as well. This group includes Jared Sullinger, Dion Waiters, Terrance Jones, Donatas Motiejunas, Jordan Clarkson, Langston Galloway and Dewayne Dedmon.

For casual NBA fans, the contracts that will be agreed upon this summer will seem financially staggering, but it is time to begin mentally preparing for an eight-figure annual deal being the new norm. Even average players are going to start getting paid in a big way. In the minds of many, the NBA, due to its CBA and salary cap structure, has lagged behind the NFL and MLB in paying their players. After all, Stephen Curry is already a steal at just over $11 million this year and just over $12 million next year before he becomes a free agent in 2017.

Curry’s contract is already the biggest bargain in the NBA and that will look even more absurdly undervalued when the average salary approaches $10 million a season.