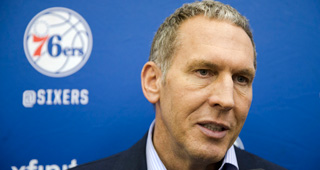 With the NBA Trade Deadline behind us and rosters locked in for the most part, it is time for an updated look at what all 30 teams cap space picture looks likes for the summer of 2017. Despite the salary cap projected to go over the $100 million mark for the first time in history (latest estimate is $102 million) not as many teams will have cap space in 2017 as many might think after the summer of 2016’s spending spree. NBA teams spent over $3.5 billion (yes billion with a B) last summer.

Because so much money was spent last summer and because the cap estimate came in about $5 million less than originally thought (original projections were a cap of $107 million for 2017-18), many teams will be tighter against the cap than we thought a year or so ago. In addition, Russell Westbrook and James Harden renegotiated and extended their contracts. Also, eight players coming off their Rookie Scale contracts agreed to extensions: Steven Adams, Giannis Antetokounmpo, Gorgui Dieng, Rudy Gobert, C.J. McCollum, Victor Oladipo, Dennis Schroder and Cody Zeller. Putting it all together, not only does this change the projection for their teams, but it removes several potential impact free agents from the market this coming summer.

Once you add it all up, there are still likely to be 12-14 teams with cap space available. And several more could join them. The tables below represent a look at where things stand as of today. A few notes: