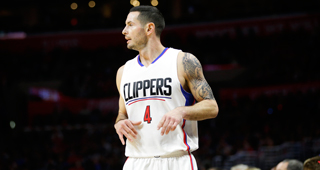 The worst kept secret in the NBA was J.J. Redick was leaving the Los Angeles Clippers this offseason and his destination became quite interesting in joining the Philadelphia 76ers on a one-year, $23 million deal. The 76ers don’t compromise their 2018 cap space while Redick can get back onto the market for a potential multi-year deal with Philadelphia for less annual money or for a more obvious ring chasing opportunity.

Redick became a passable two-way player during his time with the Clippers, improving his strength, lateral movement, technique and work ethic on defense. Redick doesn’t come close to shutting anyone down, but there’s a level of confidence in his competency that doesn’t negate his shooting and floor spacing. Redick’s minutes will have to decrease to sustain that level of play

There’s a tangible value in shooters like Redick, even as they age and become less efficient, in the gravity they command against a defense. With Ben Simmons and Markelle Fultz dominating the ball, Redick will take at least one defender out of their way regardless of whether he’s stationary in the corner or coming off screens.

The almost universal concern over The Process was the irrevocable deterioration of the culture where players would never want to sign there again in free agency. This signing has quickly proven that theory to be wrong as Redick is going there specifically for the culture that Brett Brown has cultivated. Redick’s influence as a veteran that has played for a number of teams and with a variety of superstar personalities will go a long ways with Simmons, Fultz and Joel Embiid.

It is impossible to accurately gauge the value of signing veterans for their locker room presence and I generally downplay their importance, but it does make sense when the on court fit is as obvious as this one.

This is an inspiring choice by Redick, joining one of the NBA’s most promising young cores as the savvy veteran. Redick bought a place in Dumbo, Brooklyn last year and he was always more likely than not ending up somewhere on the East Coast. With the 76ers far closer to contention the Nets and with a more obvious need for him, this was an easy choice even beyond the call of $23 million. The only potential downside for Redick is the chance of signing a multi-year deal, but he should have a similar market next season as long as the years stay short. Redick almost certainly would have received a bigger contract last year when there was more teams with cap space available.