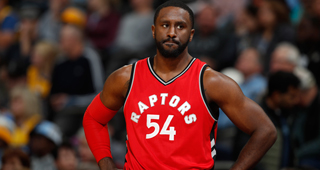 The Oklahoma City Thunder pursued better all-around players in free agency like Rudy Gay but decided to stick with the guaranteed defense and availability of Andre Roberson on an affordable contract for a starter while hoping his glaring deficiencies on offense will be less of an issue now that they’ve added Paul George, and to a lesser extent, Patrick Patterson. Roberson signed a three-year, $30 million deal in a cap climate where average starter salaries are in the $15 million per year range.

Roberson is legitimately one of the game’s best defensive players, yet one of the most difficult to keep on the floor late in games due to his limitations on offense. Opposing teams can help off Roberson without consequence. Roberson dropped from 31.1 percent on three-pointers in 15-16 down to 24.5 percent in 16-17. On top of that, Roberson became a 42.3 percent shooter at the free throw line during the regular season and went 3-for-21 from the line in the playoffs as the Rockets used the hack-a strategy upon him.

Roberson’s self-awareness has undoubtedly compounded the situation where it is mental and mechanical instead of strictly mechanical. Once it starts for a player like that, it is difficult to reverse it. Roberson will need some irrational confidence to get back to being passable.

With George and Patterson significantly better on offense in terms of spacing and playmaking than Victor Oladipo and Domantas Sabonis/Taj Gibson, Roberson can revert back to how he was used in 15-16 as a screener and baseline cutter. Roberson even hit 36.4 percent of his corner three-pointers in Kevin Durant’s final season on a decent volume. When Roberson was hitting those three-pointers, the Thunder outplayed the 73-win Warriors. When he stopped hitting those, they blew a 3-1 lead.

On the defensive end, Roberson can defend 1-4 on-ball and he also makes an impact as a help defender. Roberson is truly elite on that end of the floor and the Thunder should improve from their ranking as the 10th best defense in the NBA last season into the top-5 or so if George recommits on defense as a No. 2 scorer. The length and athleticism of their projected starting five will be uncomfortable for even the best offenses to play against.

Grade for Thunder on Andre Roberson: A-

Roberson rejected a four-year, $48 million extension offer from the Thunder before the start of the season and he loses $6 million over the three years of his actual deal.

The restricted free agency market is exceedingly problematic for players of Roberson’s caliber, who their incumbent teams clearly want to keep and aren’t quite worth the gamble on the part of rival teams to tie up their cap space.

If Roberson would have shot 35 percent on three-pointers, then he gets maxed out in this market at the league’s thinnest position. For players like Roberson to turn down an extension offer, you have to be fully prepared to take negotiations late into the summer and even play for the qualifying offer to become an unrestricted free agent.

Since Roberson didn’t even wait until the end of the moratorium, he showed he lacked the appetite to wait for a better offer or the uncertainty of 12 months before he can sign for life changing money.

Roberson will at least be young enough when he reenters free agency at 28 to get a significantly bigger contract if he can figure out how to shoot by then.

Like Roberson’s $10 million AAV deal, the Thunder will likely have another player making way less than typical starter money on Patrick Patterson’s three-year, $16.4 million deal. For a cost conscious small market franchise, these types of value contracts by Sam Presti are essential.

The Thunder have lacked two-way role players who can space the floor around their stars, which Patterson will bring at the 4. Patterson has shot no worse than 36 percent on three-pointers in any single season since he started shooting them regularly in Year 3. Patterson plays intelligent team defense and is versatile enough to switch against all positions.

The significance of the Paul George trade is really felt in these types of signings because they can target role players with a more narrow set of abilities on value contracts since is less will be asked of them.

The Thunder outperformed expectations in Year 1 without Durant and will enter 17-18 with a significantly better chance of competing in that tier below the Warriors.

Grade for Thunder on Patrick Patterson: A

Patterson had a disappointing walk year, which depressed his market though he presumably had better offers from teams who don’t figure to be relevant.

Patterson at least has a player option for Year 3 when he’ll be entering his 29 year and could have a later career surge the way we saw Marvin Williams Jr. become an eight-figure per year player with the Hornets before the 2016 offseason.

Grade for Patrick Patterson: B