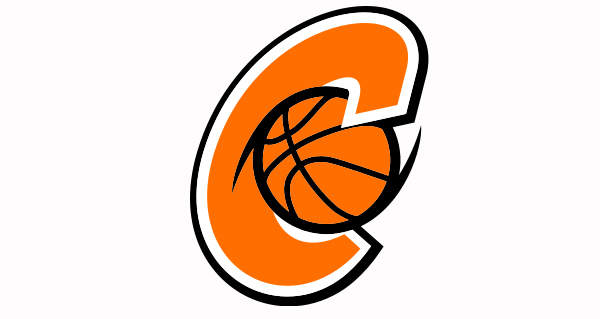 Dzanan Musa is the second-ranked European prospect born in 1999 [1].

The six-foot-eight shooter is very experienced for someone his age, logging his first high level pro minutes a couple of years ago when he became the ninth-youngest player in EuroLeague history to make his debut as a 16-year-old.

That season, his first with Croatian club Cedevita Zagreb, Musa was not a regular rotation player and spent some time with the junior squad as well.

Now a full time pro over the last year-and-a-half, the 18-year-old [2] is averaging 22.1 minutes per game in 41 appearances for a Cedevita team that has won 30 of its 42 games this season.

The level of competition he’s faced is mid-level. The Eurocup is the second-tier continental league, behind the EuroLeague, and Next-Step Basketball ranks the Adriatic League only the ninth domestic league in Europe, while the Croatian A-1 Liga is unranked.

He started the 17-18 season well, coming off a summer where he led the Bosnia & Herzegovina Senior National Team to five wins in eight games in the 2019 FIBA World Cup of Basketball Pre-Qualifiers – averaging 31.7 points per 40 minutes on 70.8% true-shooting [3].

Through 41 games this season, Musa has averaged 22 points per 40 minutes on 61.9% true-shooting. Though he’ll stop the offense every once in a while to run a pick-and-roll, Musa is getting most of his touches on the side of the floor via hand-offs and ball reversals, as 45.5% of his 329 shots have been three-point attempts.

Musa is a gunner for the most part because he hasn’t shown a lot of development in terms of athleticism and skill level. He has a thin, 187-pound frame in the context of his six-foot-eight height [4] and struggles to get by his man one-on-one. His work in the pick-and-roll isn’t particularly advanced either.

On the other end, Musa is hidden off the ball but has flashed some potential of being able to make plays on the ball and switch onto bigger players.

Musa has a bit of a low release out in front but does really nice shot preparation catching the ball on the hop, gets a good deal of elevation, goes through compact mechanics and has a quick trigger.

He gets a few looks sprinting from one side of the floor to the other around staggered screens and popping to the three-point line as the back-screener on Spain pick-and-rolls but generally acts a weak-side spot-up shooter.

On the ball, he’s capable of hitting not only stop-and-pop jumpers off the pick-and-roll against opponents dropping back to prioritize interior defense but also jumpers leaning into the big showing hard to take away his space. With the aid of a ball-screen, Musa has shown he knows how to get to his spots.

The issues are creating separation in isolation. He can hang dribble and crossover into pull-ups against defenders sagging off him some but struggles to get clean looks against more athletic defenders playing up on him, lacking side-to-side shake and dribble moves to work his man off balance.

Musa lacks an explosive first step and general speed with the ball one-on-one but can get all the way to the basket on catch-and-go’s against a scrambling defense off ball reversals, dribble hand-offs and attacking closeouts. He is a decisive decision maker out of triple threat position and has long strides to go from the three-point line to the rim in one dribble.

Musa is not an explosive leaper off one foot and doesn’t yet have a lot of flexibility or strength to hang and adjust his body in the air. He also has yet to develop dexterity finishing with his left hand against a rim protector stepping up to the front of the basket.

But other than a speed layup with his right hand, Musa has also shown a running floater off one foot to score from the in-between area. And he is quite a savvy player drawing contact on the move, living at the foul line in just about every event he participates – averaging 7.3 free throws per 40 minutes this season.

Musa is only a decent passer at this point of his development.

He can make kick-out and drop-off passes against the defense collapsing to his drive, aside from hitting the screener diving to the basket if the opponent doubles him curling off a pindown screen.

Musa has also improved as a ball mover making the extra pass around the horn, seeming to have grown out of the catch-and-hold habits he was notorious for at the youth level.

He can make simple passes over the top out of the pick-and-roll, aided by the advantageous point of view his height provides, but hasn’t yet developed advanced skills passing across his body to the opposite end or tying up the opposing big long enough to free up the roll man on the pocket pass or the alley-oop.

Musa has assisted on a decent but not particularly impressive 13.2% of Cedevita’s scores over his 906 minutes. On the other hand, his shot-first mentality has led to a low 11.1% turnover rate.

Musa stays in a stance off the ball and knows not to help one pass away.

His closeouts are effective in the sense that he can run the shooter off his shot a fair amount but he doesn’t do so in a way that keeps him balanced enough to slide and stay in front as the opponent puts the ball on the floor.

He rarely rotates inside to pick up the roll man or help crowd the area near the basket a whole lot but has shown decent instincts making plays in the passing lanes, despite possessing a below average six-foot-eight wingspan [5] for someone his height – averaging 1.5 steals per 40 minutes.

Musa has a hunched posture by nature but does bend his knees to get down in a stance guarding one-on-one on the ball. He has some lateral quickness to stay in front for a slide or two but doesn’t do multiple efforts and gets blown by eventually.

Though he is not that that long, Musa could develop into an option to pick up bigger players on switches down the line. He lacks the strength for that right now but has shown some tenacity looking to front the post in instances where he found himself guarding a big man.

So far, his biggest contribution on this end has been on the glass, where he’s proven himself attentive to the opportunities created by his teammates doing the dirty work – collecting 16.7% of opponents’ misses when he’s been on the floor this season.

Despite his limitations as an individual defender, Musa’s ability to create events with steals and defensive rebounds have resulted in the team defending about the same with or without him on the floor in the Adriatic League [6] and better with him in the lineup against Eurocup [7] competition.

[3] According to our stats’ database

[4] According to Cedevita’s official listing

[5] According to Draft Express

[7] According to our stats’ database