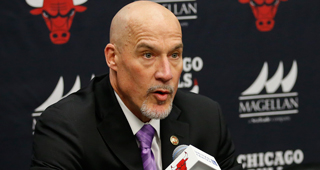 With the Trade Deadline just a few days away, it is time to look at which teams are Buyers, Sellers, Either or Neither. All places in the standings are through Sunday.

- Atlanta Hawks (15th place, 10.5 games out): Sellers. The Hawks have been in full rebuild role since the summer and nothing has changed as we approach the trade deadline. Atlanta will continue to sell off players to return even minor assets. Players like Marco Belinelli, Ersan Ilyasova and Luke Babbitt could all fetch the Hawks a second round pick from the right team. All are accomplished shooters and shooting remains in demand around the NBA. Atlanta could pursue bigger deals for players like DeWayne Dedmon, Kent Bazemore or even Dennis Schroder, but that seems less likely to happen until the offseason.

- Boston Celtics (1st place): Buyers. Boston has reportedly reached an agreement to sign big man Greg Monroe after he was bought out by the Phoenix Suns. Danny Ainge is still looking for bench scoring, ideally from the wing. The Celtics have been linked with both Tyreke Evans and Lou Williams and either would fit the bill. Boston has some extra first round picks available in trade, as well as young players on good contracts, which makes them a team to watch at the deadline.

- Brooklyn Nets (12th place, 8 games out): Sellers. The Nets are much improved from this time last season, but are still rebuilding. Brooklyn could move veterans like Joe Harris or Quincy Acy. Harris provides shooting from the wing and Acy is a bouncy big with some range. Neither player is going to return a big package, but the Nets would be well-served to add any draft picks that they can. The upcoming draft is the final one where Brooklyn doesn’t own their first round pick, which is almost a win in and of itself.

- Charlotte Hornets (10th place, 3 games out): Either. Charlotte has had another disappointing season, with injuries and inconsistency the main culprits. A month ago, there were reports the Hornets were willing to trade Kemba Walker, but the team shot those down. The idea was to trade Walker with one of their bad contracts attached. Over the last couple of weeks, the Hornets have rallied a bit and are just three games behind the 76ers for the last playoff spot in the East. That puts Charlotte in a spot where they could either buy or sell. If they buy, it will be a minor move as they can’t afford to add to an already bloated cap sheet.

- Chicago Bulls (13th place, 8 games out): Sellers. Chicago already started the selling process when they traded Nikola Mirotic to the New Orleans Pelicans. The Bulls will reportedly listen to offers for veterans Robin Lopez and Justin Holiday, as well as Tony Allen and Jameer Nelson, both of whom were acquired in the Mirotic trade. Chicago will likely buy out Allen if they can't find a trade for Allen. Chicago's focus for the rest of this year is to get Zach LaVine fully back to form and to continue to develop their young core built around Lauri Markkanen and Kris Dunn.

- Cleveland Cavaliers (3rd place): Buyers. The Cavaliers will continue to look for help heading into the deadline as a deal for George Hill recently fell apart. Cleveland is more desperate for help this year than any other as they continue to struggle, especially on defense. The challenge for the Cavs is how far they can go in with this group without a commitment from LeBron James to return next season. With a commitment from James, Cleveland could put the Nets pick on the table. Without that Brooklyn pick becoming available, it looks like the Cavaliers will make a fringe upgrade at best.

- Detroit Pistons (9th place, 0.5 games out): Buyers. Detroit already swung one big trade when they acquired Blake Griffin. That trade strengthened the frontcourt, but left holes in the wing rotation. The Pistons could dangle a young player like Stanley Johnson in hopes of returning a veteran shooter who can help them win now.

- Indiana Pacers (6th place): Buyers. The Pacers can be best termed as a cautious buyer at the deadline. They’d like to add another shooter/scorer off the bench, but won’t wreck their upcoming cap flexibility to do so. Indiana has had one of the more consistent rotations in the league, so they won’t do much to mess with that. It is likely to be fairly quiet deadline for one of the league’s biggest surprises.

- Miami Heat (7th place): Neither. Miami isn’t likely to do much, but not for lack of desire. Rumors continue to swirl around Hassan Whiteside, but the Heat aren’t going to move their starting center without a nice return. Beyond Whiteside, Miami doesn’t have many tradable players. Their roster is either players the Heat would rather keep or ones on questionable contracts. If anyone was to be moved, it could be Justise Winslow, who has struggled with injuries but remains one of Miami’s few tradable pieces.

- Milwaukee Bucks (5th place): Neither. The Bucks already made their big move when they acquired Eric Bledsoe earlier this season. Milwaukee’s second “acquisition” was getting Jabari Parker back from injury last week. With those two players in place around Giannis Antetokounmpo and a good wing rotation, the Bucks are likely to stick with what they have heading into the deadline.

- New York Knicks (11th place, 4 games out): Either. The Knicks should once again probably be sellers, but that isn’t an easy thing to do in New York. They’d love to move Joakim Noah, but would have to attach something of significance to do so. That is the last move a Knicks team that is rebuilding should do. If Kemba Walker is put back on the market, New York could make an aggressive play to bring him back to his hometown team. Beyond that, the Knicks should be looking to trade veterans with some value like Kyle O’Quinn, Michael Beasley and potentially even Doug McDermott.

- Orlando Magic (15th place, 10.5 games out): Sellers. Orlando got off to a great start, but that masked what type of team they really are. The Magic are still rebuilding and trying to find their footing. Because of this, Orlando will move players if they can find trades that return assets and/or clear up the cap sheet. It is important to note that other than rookies Jonathan Isaac and Wesley Iwundu, none of the players were drafted by the current front office. Without any bona fide stars in place, it wouldn’t be a surprise to see Orlando move anyone but Isaac and maybe Jonathon Simmons.

- Philadelphia 76ers (8th place): Buyers. The Process is finally paying off in Philadelphia, as the Sixers are making a playoff push. They still need to hold off the Pistons and the hard charging Hornets, but the 76ers seem capable of doing so. They’d love to add another shooter as that is the main hole in their rotation at the moment. Another point guard could be added as well. What a change from previous years, when the only thing Philadelphia was buying at the deadline was bad contracts attached to draft picks in salary dumps.

- Toronto Raptors (2nd place): Buyers. The Raptors are buyers, but are unlikely to make a trade. Their roster is a balanced mix of highly paid veterans and young players on rookie scale contracts. To avoid escalating an already tricky cap situation, Toronto is likely to keep the youngsters. In addition, they have a rotation that is already 10-11 deep with few discernable holes. The Raptors do have an open roster spot, so they could add a veteran, likely a forward with some range, on the buyout market.

- Washington Wizards (4th place): Buyers. Washington would love to add a piece at the deadline, especially a point guard. The challenge is that the Wizards are capped out, already over the luxury tax line and don’t have any tradable pieces with value. They can’t trade John Wall and won’t move either Bradley Beal or Otto Porter. The rest of their players are locked into key rotation spots or have little to no value in trade. Because of this, any incoming help is likely to come via the buyout market.