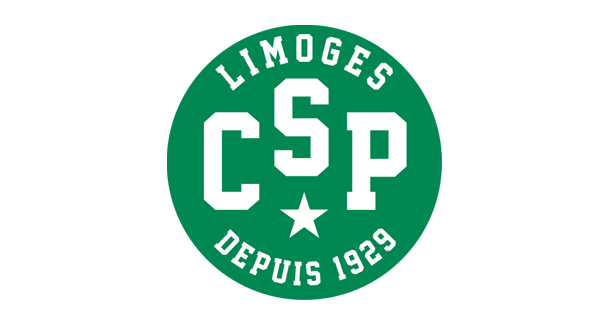 Sekou Doumbouya is the top-ranked European prospect born in 2000 [1] and currently considered the third-ranked prospect in the 2019 draft class [2].

Since then, the teenager hasn't played for the French National Team at the youth level these past two summers due to injury but has already become a full time pro in the meantime.

INSEP loaned him to Poitiers 86 these last two seasons and Doumbouya logged 59 appearances in the French Pro B [4]. Poitiers didn't move up to first division, losing 23 of its 34 games last season, but Doumbouya is transferring to CSP Limoges this offseason and will experience the French Pro A this next year.

The Conakry, Guinea native of French citizenship is very well developed for someone his age from a physical-standpoint - sporting a chiseled 230-pound frame [5]. Thanks to that, he was a legit rotation player at Poitiers - starting 24 of his 28 appearances and averaging 23.2 minutes per game last season.

He was developed as a wing for the most part, which was surprising considering he excelled at that 2016 U18 FIBA European Championships playing as a big man - leveraging his athletic ability as a threat near the basket on both ends.

The six-foot-nine combo forward spent most of his time as a weak-side floor-spacer, taking 38.8% of his shots from three-point range last season, but was also given a few chances to isolate on catches off dribble-handoffs on the side of the floor and even run the eventual middle high pick-and-roll against a set defense.

He is an inefficient scorer and unreliable shot creator for others at this point of his development - averaging 14.6 points per 40 minutes on 45% effective shooting and assisting on just 8.3% of Poitiers' scores when he was on the floor last season. But his jumper looks better than his percentages suggest and he remains an impressive athlete on lob finishes.

On the other end, Doumbouya was asked to defend in a multitude of ways. He can execute the scheme as a weak-side help-defender and is capable enough in isolation defense against similarly-sized players out in space but disappointed in terms of flying around to create events and doesn't seem suited to pick up smaller players on switches regularly.

Offense Created By Others

Doumbouya gets decent elevation off the ground, rises up in great balance, fully extends himself for a high release on catch-and-shoot attempts and gets great arc on his jumper more often than not.

He is only an open shot shooter as of now and doesn't yet have a particularly quick trigger but can launch his shot prior to or over closeouts well enough for the most part and has even flashed the ability to catch it, keep it high and let the ball go without needing to dip for rhythm.

Doumbouya looks like a very capable spot-up shooter but the ball hasn't gone in a whole lot lately. He nailed just 29.4% of his 136 three-point attempts with Poitiers over the last two seasons, at a pace of 4.4 such shots per 40 minutes. His 69% foul shooting on 126 free throws over the same span also doesn't offer a lot of comfort.

Doumbouya looks extremely fluid putting the ball on the floor off triple threat position, not just taking good-looking one-dribble pull-ups off an escape dribble against flyby closeouts but getting all the way to the basket on straight line drives thanks to his long strides and his ability to high-step his way through traffic. He is an explosive leaper off one foot and can finish with power going up off momentum.

He is not very strong with the ball, though, and is quite prone to having it stripped from him in traffic - averaging 2.8 turnovers per 40 minutes last season, which is quite high for someone with only a 21.2% usage rate.

Doumbouya wasn't put in the pick-and-roll as a diver but has shown he can play above the rim as target for lobs while filling the lanes in transition and figures to be an option to offer vertical spacing by at least sneaking behind the defense a little more often if put in a different situation.

Doumbouya got to create shots via catches on dribble-handoffs on the side of the floor, off pindowns at the top of the key and even the eventual middle high pick-and-roll against a set defense, as he's shown potential to grab-and-go off collecting a defensive rebound and initiate offense himself.

He doesn't have an explosive first step against older people just yet, has a loose handle and hasn't developed a set of dribble moves to get by his man on shiftiness. Doumbouya doesn't have a whole lot of burst and speed with the ball either, even with the aid of a pick, as he is often struggled to turn the corner and get downhill.

He is able to maintain his balance and his momentum forward through contact in isolation or against a scrambling defense thanks to his core strength but still has room to improve the versatility of his finishing off the bounce - having shown iffy touch on lefty attempts and scoop layups while dealing with a rim protector parked between him and the basket.

Doumbouya has also yet to show many instincts as a passer on the move - recording just 28 assists in his 28 appearances last season.

As is, he's shown a reliance on setting himself up for jumpers operating off the dribble and off movement. Doumbouya looks great taking one-dribble pull-ups off handoffs and has flashed the ability to crossover into his pull-up in isolation and hang-dribble into a three-pointer in middle high pick-and-roll. He struggles when forced to take multiple dribbles into step-back and side-step pull-ups, though.

Doumbouya stays in a stance away from the ball, can stunt-and-recover fluidly, doesn't help one pass away and helps crowd the area near the basket.

He's also proven he is attentive enough to his responsibilities executing the scheme - rotating in to pick up the roll man and coming off the weak-side to pick up the eventual block going up off two feet with some space to load up.

Doumbouya is not as attentive to his boxout responsibilities but is quite instinctive chasing the ball off the rim while taking advantage of teammates doing the dirty work - collecting 19.9% of opponents' misses when he was on the floor last season.

He is a teenager, though, so of course there were miscues and areas for improvement. Doumbouya can get caught ball-watching from time-to-time, flies by on closeouts and sells out to try blocking shots every now and again.

He also didn't leverage his length and athleticism into flying around to create events in volume the way you'd expect from an athlete of his caliber - averaging just 1.1 steals and 0.9 blocks per 40 minutes last season.

Doumbouya bends his knee to get down in a stance, has multiple lateral slides in him to stay in front in isolation defense and works to contest pull-ups, though he is prone to biting on shot fakes from time-to-time.

He also rarely leverages his bulk to contain dribble penetration through contact and can't go up off two feet without loading up to block shots defending on the ball.

Doumbouya hasn't shown to be an option to pick up smaller players on switches or cross-match onto them for entire possessions. Guards can just get by him out in space without much trouble and he is too big to go over picks at the point of attack, aside from not hustling in pursuit to challenge shots or passes from behind.

That inability to disentangle himself from picks also showed as he struggled to chase shooters around staggered screens.

Defending pick-and-rolls as a big man in drop back coverage, Doumbouya hasn't yet developed the ability to keep the ball out in front but used his long strides to keep pace with dribble drivers getting downhill from the foul line down and effectively challenge or intimidate shots at the basket.

Doumbouya is the rare 17-year-old big and strong enough to log minutes in the pros as a rotation regular.

His résumé isn't as impressive as Luka Doncic's because the French Pro B isn't as a strong as the Spanish ACB, let alone the Euroleague, and Doumbouya has simply fit in rather than starred the way Doncic did.

But the fact he has already logged consistent minutes against players a decade older than him is impressive nonetheless.

Whether or not this has been good for his development remains to be seen.

In the pros, Doumbouya has been a pure role player on offense - logging low usage and acting as a weak-side floor-spacer for the most part. He seems like a more capable shooter than he did 16 months ago but the ball doesn't go in a whole lot just yet.

He's had some chances to stretch his wings as a shot creator but probably not as much as he would if he were still playing against others in his age group. As is, I don't think many teams still view him as having the same star potential, especially as he didn't show much potential as a difference maker on defense either.

We'll see what happens as he moves on to Limoges.

[4] According to our stats’ database

[5] According to SLAM Magazine