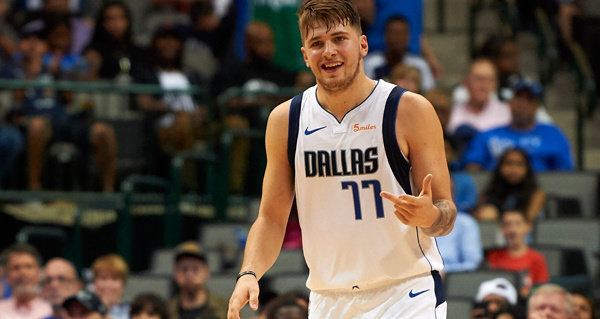 In all likelihood, “star quality” isn’t a real characteristic. This idea that certain basketball players have an inherent ability to step up in big moments and shine brightest on the court because of an “it” factor that seeks out and warrants our attention is really just a created narrative.

The reality is that those moments—the ones that could make a first-time viewer point out the game’s biggest star—are just the product of earned confidence. Steph Curry takes shots he’s well-aware he can make—shots he’s made many times before—with an equal amount of confidence in enormous moments because he knows it will only validate what he already knows about himself. When LeBron James was once asked how to stop Curry he responded, “The same way you stop me…you can’t.”

Remarks like that sound arrogant, but James knows exactly what he’s capable of. He’s looked around the league for a decade and a half, and he knows that no one else is capable of the same things, nor could anyone stop him. It’s not so much logic as it is awareness. Sometimes truths don’t even have to be said. Eventually they affect your actions just by being true. James has become more and more deliberate over his career as he’s known that every move he makes has a higher chance at success than failure.

Luka Doncic is 19 years old, and one of the most noticeable things about his game is the general confidence he exudes. The only kind of learning moments he’s interested in are the moments when first-time viewers learn how good he is. That comes from playing in the Euro League at such a young age, but you don’t just reach that level of confidence simply from the experience of playing there. Fake confidence doesn’t result in anything but lucky, short-term success. He dominated in Europe in a way that the no one his age had ever come close to.

James’ recent Nike ad featuring an 18-year-old James saying, “There’s no pressure,” when drafted first overall in 2003 reminded me of Doncic’s media day press conference. Asked about pressure, he replied, “I’ve had pressure since I was 16.” There wasn't a hint of arrogance on his face, almost like he was embarrassed by the fact that he wasn’t exactly worried about carrying a franchise on his back.

In the same press conference, he said that he had circled the Mavericks’ first game against the Lakers on his calendar because James was his idol. Doncic made his final five shots of that game, including a game-tying shot with 7.2 seconds left to bring the Mavs back from down 13 just three minutes earlier.

Below are Doncic’s averages compared to James’ rookie year averages:

Those numbers might not be fair to James considering the level of competition Doncic was playing at before the NBA (and the one-year age difference) compared to James, who was playing against high school kids.

But that competition speaks to why Doncic’s moves are so refined. Every move in Doncic’s game had been used successfully countless times in games against men 10 years older than him. And he has so many different moves that he’s willing to try more than one on a defender in the same sequence. In his mind, some of these moves just work. The level of competition stops mattering.

Look at this pass fake under the basket with Rudy Gobert standing above him:

Gobert affects players’ decision-making. If you didn’t already know that he was the league’s best rim protector you could just see him under the basket; he’s literally enormous. But earned confidence means knowing something will work, against a European center in Spain or a 7’3 reigning Defensive Player of the Year.

When the Warriors came to Dallas for the first time this season Doncic opened the game with a dribble-pump fake into a three-pointer and followed it up with a transition pull-up three pointer with Andre Iguodala guarding him. He went back and forth with the referees most of the night, essentially insisting that the Warriors couldn’t guard him without fouling. He finished the game with a go-ahead floater to give him 24 points, nine rebounds and four assists and a win over Golden State. Asked about the late-game shots later that night he would say, “I don’t get nervous.”

Per Mavs.com writer Bobby Karalla, Doncic has a higher effective field goal percentage on pull-up jumpers than James Harden, Klay Thompson, and Kevin Durant. The pull-up jumper is the move that most exudes confidence on a basketball court.

I would argue that Doncic was even a top-50 NBA player before his rookie season tipped off. He’s played against his idol. He’s played against the NBA’s best defenses. He’s played against this generations’ dynasty. And he’s done it all knowing that he’s good enough beat them. His games haven’t been statements or declarations of fact. They’ve just been reality playing itself out. Luka Doncic plays like he’s exactly as good as he knows he is.