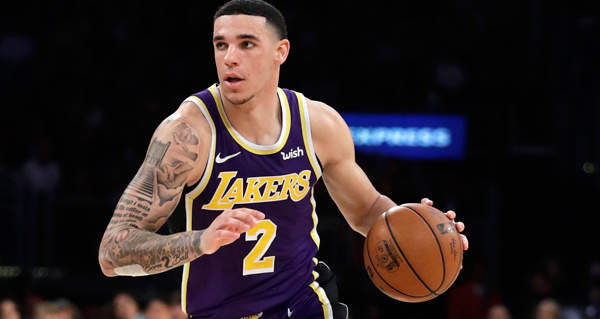 People aren’t usually being literal when they call an athlete a “once-in-a-generation-talent.” We hear a lot of athletes referred to this way, which by definition, makes just about all of them untrue statements. We’re pretty generous with the term, and usually we just mean “has a lot of talent.”

LeBron James and Luka Doncic actually are once-in-a-generation-talents. They have more unique talent than any of the players in their general age range. It’s an undeniable fact for James. You could debate the title for Doncic, but the people who call his talents “once-in-a-generation” really are speaking literally. When fans buy tickets to see the Lakers or Mavericks, they’re doing it in order to witness those two players as much as they are to watch a basketball game. For something spectacular to happen for either team the first or last step in the process is to get the ball in their hands.

But the Lakers and Mavericks start each game with the ball in the hands of Lonzo Ball or Dennis Smith Jr. They are both 21 years old, and they are both technically their teams’ starting point guards. Before James and Doncic showed up, Ball and Smith were drafted to start turning around their respective franchises.

Ball and Smith are the false, exaggerated, non-literal versions of a “once-in-a-generation-talent.” They are examples of both why that term is over-used and why the NBA is able to put out such a great product. They have transparently immense, if relatively specific, skills that were obvious from their freshman years of college. They are basically prospect-porn because what they’re great at is exciting and easy to envision working in the NBA. But there are very few nearly unflawed players in the league. Neither Ball nor Smith is one of them. Those only come around about once every generation. More common in the NBA are players in the process of mitigating their flaws and refining their strengths in order to improve, make more money, win more games, and reach an All-Star level.

The timing in which a player shows up affects how we think about him. On draft night 2017, it was possible to imagine Smith or Ball becoming obvious first-ballot Hall of Famers, but that would have required some very wishful thinking. Both of them were politely encouraged to be saviors of their franchises right before the actual saviors showed up. Instead of looking like the building block they could be, they’re perceived as frauds, who, because they weren’t up to an unreasonable task as teenagers and because someone new is capable of taking on that task, are now expendable.

James and Doncic can make the game easier for all their teammates, but the presence of their greatness doesn’t mean you can just fast forward the development of Ball and Smith. Fans might want to skip their bad games, but they are going to come. They are going to randomly revert to mistakes in year two that you thought they had cleaned up in year one. How much of an indictment on them you consider that to be doesn’t change the fact that it was always going to happen.

Great playmakers like James and Donic also undermine their point guards to a degree. If initiating an offense is a big part of your game then you better figure out how to make use of something else you’re good at because those two guys are better at initiating an offense when it matters. Smith and Ball might get some more open shots alongside their star teammates, but their statistical production will dip pretty regularly next to James and Doncic. It’s no coincidence that Ball, playing the Mavericks in a game James missed due to injury, put up 21 points, seven rebounds and five assists. Meanwhile, Smith in the same game, sacrificing far more touches to Doncic, scored 11 points. This isn’t necessarily problematic. We talk about ceilings a lot, but it isn’t really essential that every NBA player reach his utmost ceiling of production. That’s possible in baseball, but in basketball teammates will cancel each other out to a degree. The only players that need to reach their utmost ceilings are once-in-a-generation-talents. Everyone else needs to become relentlessly competent in as many areas as possible and occasionally great at whatever their strength is.

James and Doncic change the stakes for the Lakers and the Mavericks, and that realistically means Ball and Smith have some standards to meet. They are 21 years old and their job security is about as thin as most twenty-somethings in 2019, even though both have shown a willingness to mold their game to fit their better teammates.

Patience isn’t particularly valued in a league where idleness can cost a franchise years worth of relevance. But stability and development are legitimate assets to surround a once-in-a-generation-talent with. You can trade Ball or Smith for a player that’s already as good as either will be in two years, but to do so would still be risking the loss of an unknown ceiling, even if that ceiling isn’t as outrageously high as their pre-draft mixtape suggested. Not only are Ball and Smith going to be better than they currently are, but the greatness of their greatest skills have yet to be debunked or diminished.

An adjusted projection for either Smith or Ball is still a really nice complementary player. Smith might not be Russell Westbrook, but imagine if Heat-dynasty-era Mario Chalmers (a reliable shooter and defender) also happened to be one of the 10 most athletic players in the league. That would be something terrific for Doncic’s star to rise alongside. Ball might not be New Jersey-era Jason Kidd, but what if Lebron got to play alongside late-Dallas-era Kidd (a secondary playmaker, big defender, rebounder, and willing shooter)?

The Lakers and Mavericks got what every team in the NBA wants in James and Doncic. Now their most important decisions are how long they’re willing to wait to decide what their 21-year-old point guards can and will be.