by Jonny Auping and Alex Siquig 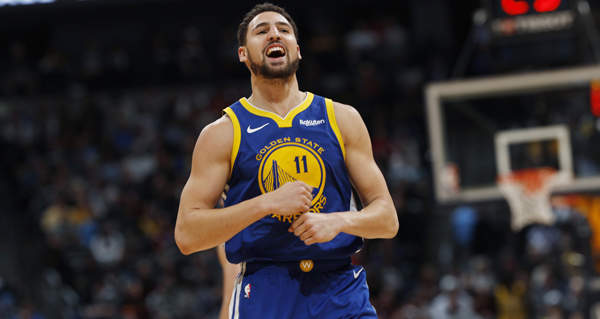 If Power Rankings are going to continue to be a tenet of sports journalism Alex and Jonny refuse to be denied their seats at the table. The Next Generation will honor the players who embody the spirits of JR Smith and Dion Waiters in any possible way (irrational confidence, unharnessed talent, supreme in-the-moment-ness, unintentional humor, etc.). Besides featuring new players, the same rules will apply: Eligible participants (all NBA players) can rank anywhere from the coveted number one spot all the way to the bottom spot at number two. Selection and order is determined by the arbitrary decision-making of the committee (Alex and Jonny).

Lou Williams and Terry Rozier ranked No. 1 and No. 2 after the first round.

Seth Curry and Pat Pat Connaughton were featured ahead of the Conference Finals.

JR Smith is an NBA champion. He has had a longer NBA career than Larry Bird. Still, he will most likely be remembered for a blunder that occured one year ago.

Tied with the Warriors in the final moments of Game 1 of the NBA Finals, George Hill missed a free throw. Smith grabbed the offensive rebound. Apparently thinking his Cavaliers were actually leading by one point, he dribbled the ball to half-court and let the clock expire. The Warriors won in overtime. The Cavs wasted a 51-point, eight rebound, eight assist performance by Lebron James.

It’s worth noting that Hill and Smith were equally responsible for the Cavs’ inability to win the game in regulation. All Hill needed to do was make a free throw. But this moment belonged solely to Smith, who assertively took the moment when he impressively grabbed the clutch offensive rebound then, less impressively, did nothing with it.

This blunder shouldn’t reinforce some stereotype that Smith is an absent-minded knucklehead; that’s not a narrative that Alex and I actually believe about Smith or Dion Waiters. Buffoonery would be a shallow topic to center a column on. The JR Smith/Dion Waiters Power Rankings are, and always have been, about moments. Unlike the casual observer, we don’t think that Smith and Waiters are attracted to moments. We believe that moments are attracted to Smith and Waiters, as evidenced by Smith’s mistake one year ago.

But that dynamic cuts both ways. You can’t face off against a player like this expecting him to shoot himself in the foot, because the only thing a moment is loyal to is our undivided attention. Whether that moment goes in the player’s favor or against it is as random as anything else.

The following players will occupy the roles of JR Smith or Dion Waiters in the 2019 NBA Finals. When their moments come you won’t have to check in with us. You’ll just know.

There was heated debate among the committee concerning whether Klay Thompson is too great of a player to grace these power rankings. From a pure talent standpoint, he most certainly is. And from a star-caliber standpoint, he nearly is as well. He is an NBA star, but he’s an NBA star of the Chocolate Milk endorsement variety. You get the sense that if he wanted to end things with Chocolate Milk his agent would just come back to him with a Lunchables partnership.

But what matters here more than any of that is the unique situation that the Golden State Warriors represent. In the embarrassment of riches that is their starting lineup, he is the one who most appears to be a luxury. He is the valet parking of basketball’s current dynasty: worth the investment but not necessarily crucial on a nightly basis.

And yet in a month’s time he’ll be a free agent absolutely capable of receiving the maximum amount of money a basketball franchise is legally allowed to pay him. His theoretical departure, whether because the Warriors don’t invest the proper amount of funds or because he just feels like trying something new, could end the Golden State dynasty. Thompson has no intention of being paid like a luxury, and these Finals may very well be his proving ground for that.

His moments can justifiably come with the highest possible stakes and reasonably involve the widest extremes. A 45 point-game seems like a mere moment when you can accomplish it while only dribbling the ball seven times. A buzzer beater can be designed for Thompson to shoot; why wouldn’t it be? He will be remembered as one of the greatest shooters to ever play basketball. But so will his teammates, Durant and Curry, who are even more pedigreed to take that shot. And what’s more: Regardless of who takes that pivotal last second shot, it is Durant’s and Curry’s legacies that it will affect most.

Combine that with the unknown of what goes on in Thompson’s head and you have some real JR/Dion elements at play. You could convince me his mind is a Zen-like achievement of singular focus. But you could also convince me that he zones out Draymond’s performative rants by quietly building arguments in his head to his case that season two was actually the best True Detective season for a blog post he’s eventually going to write for The Ringer.

To be like JR Smith and Dion Waiters, you have to be willing to play fast and loose with someone else’s legacy. That’s what will be happening in the inevitable “Klay Thompson Game.”

Patrick McCaw was ever the bearer of good vibes. Here was this quiet skin-and-bones idea. Andre Iguodala’s publicly declared heir apparent. Another human face, eyes and hair and old-soul grin, converted into yet more proof of the virtuosity of Bob Myers and his keen eye for cogs for his evil, undying machine. Jerry West believed in him too. Mr. Logo, the man who wouldn’t trade Klay for Kevin Love, looked at Pat and said, “Sometimes, there's a man, well, he's the man for his time and place. He fits right in there. And that's Patrick McCaw from UNLV, in Golden State.”

But McCaw was a good bloke, a fine bloke. We were on his side at once, from the jump, always. His rookie year, Golden State fans cheered for him more lustily than they ever cheered for Harrison Barnes and his Black Falcon branding. McCaw didn’t come with branding. He came with an emptiness to be filled, a blank slate, ready for us to graft our creepy projections on.

Pat McCaw. That name comes correct. Rolls off the wagging tongue. Clipped, wholesome. Like the main sidekick of some YA novel about a group of friends stumbling upon trouble in the forest. A spindly Ron Weasley, occasionally flashing all the requisite chops for a guy who’d eventually play meaningful playoff minutes at age 33 for the Spurs. Maybe Pop should have gotten to him first. Given him the famous Malbec speech that has humbled and inspired so many before him.

Our hopes, our dreams, our honor were festooned to him, all of it amounting to some contaminated filigree that might just have emotionally wrecked someone who was still essentially a kid. Then there was Vince Carter and the injury and then, more ominous still, the slow, puzzling way that his contract situation seemed to all at once take on a deeper meaning. A morality tale that signified nothing. Murmurs to whispers, whispers to rumors, rumors to substantiated reports verified by the dogged beat reporters of the Bay Area, all of them working behind the paywall, dropping grenades of boring gossip. Patrick McCaw is making a mistake. This young man is listening to the wrong people. Why would anyone dare not be content, nay buoyant even, being a bit-player with the Golden State Warriors, the saviors of basketball, the Galaxy Brain Messiahs who sacrificed themselves so that you might live? Even now, his justifications and reasons steeped in perspective and time, McCaw doesn’t really seem to regret how it all ended up. Even playing fewer minutes in the Great White North, he had to a do a thing, had to escape to something else, by whatever strange byzantine path available to him and he damn well did it. Patrick McCaw stared down the Biggest Game in Town and didn’t blink. Didn’t give an inch. Didn’t let Aaron Burr blast his ass for no discernible reason.

Jonny’s 100% correct that there will almost certainly be a Klay Thompson Game in the Finals. He has that power, even in the playoffs, even against a draconian defensive scheme. Honestly, he’s even more trigger happy than Dion and JR, and at this point, infinitely more successful at having these qualities lauded instead of laughed at. The column has at least mostly outgrown Dion and JR by necessity. They’re a certain type of mad gunslinger that feast in the wynds and alleys of 3.1 seconds on the shot-clock pandemonium. Klay is the smoothed over, bourgeois version of this instability, slightly reigned in, palatable due to a certain recondite hollowness in his personality.

And of course, Patrick McCaw doesn’t fit into any of this. He’s not a gunslinger. He’s not even a fully realized player yet. He’s still becoming who he is and maybe he never will become exactly who he’s supposed to be and maybe nobody is supposed to be anybody at all. And there’s no design, just fluke after fluke after fluke, and after all this, the half-rise, the hard fall, the weirdness, the qualifying offers, here he is, back at it again in the NBA Finals, with perhaps the perfect group of players with grudges and half-grudges against Golden State. Kawhi for Zaza, Marc Gasol for 2015, Serge Ibaka for Kevin Durant, Jeremy Lin for not waiting patiently enough for Linsanity in Oakland. Nobody is paying homage. These are only False Idols to be thrown down into the dustbin of history and on the other hand, if they prevail, they’ve got Four All-Stars. This is a win-win for Toronto. Nobody would look down upon them in defeat and victory is immortality. Not a bad deal, as far deals go.

If the Basketball Gods are good, McCaw might even score a significant bucket or two in this series. Or make a single defensive stop at a crucial moment that’ll get Andre Iguodala smiling ruefully and thinking about roads not taken and all that. He’s not Dion or JR, and that doesn’t matter, because Pat didn’t act like a maniac on the hardwood, but he dared to disturb his universe. Maybe he was reading The Love Song of J. Alfred Prufrock on the bench as Nick Young, Nick freakin' Young, gobbled up his minutes last year. Probably not, but Patrick McCaw has proved himself a man past surprise. He’s hardwired to make things happen. He’s proven that, at least.