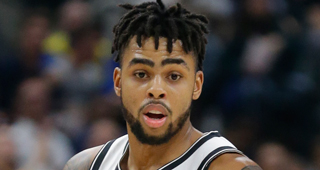 It took three seasons of missing the postseason, but the Brooklyn Nets have come full circle from their infamous 2013 trade with the Boston Celtics. Without a single player on the roster that they drafted in the top-20, Brooklyn put together their first winning season since 2014 and made the playoffs.

This turnaround was keyed by D’Angelo Russell becoming a first-time All-Star and the collection of castoffs collected by Sean Marks becoming a cohesive team. When Marks took over as Brooklyn’s general manager, he took a “sunk cost” approach to the picks the Nets owed the Celtics. Marks signed or traded for several undervalued veterans, while making savvy picks in the back third of the draft.

Now, Brooklyn hits a critical summer where they have a ton of flexibility and minimal long-term salary on the books. Marks signed Spencer Dinwiddie to an extension in-season, which removed one major free agency decision. Dinwiddie found a home with Brooklyn after bouncing around a couple of other stops, and will be one of the Nets chief recruiters this summer. Dinwiddie has proven adept at both starting and coming off the bench, which helps with the flexibility of building out the rest of the roster.

It’s building out the rest of the roster where the excitement lies for this offseason. Along with Dinwiddie, the Nets have starting center Jarrett Allen, starting forward Rodions Kurucs, starting wing Joe Harris and swingman Caris LeVert all under contract for next season. In addition, Brooklyn has already agreed to a trade that will see them acquire Taurean Prince in exchange for Allen Crabbe and the 17th overall selection in this year’s draft. Prince should fit in nicely as a 3/4 in Kenny Atkinson’s free-flowing offensive system.

Trading Crabbe was key, as shedding his $18.5 million salary puts the Nets in range of two max salary slots. That’s assuming Brooklyn moves on from all of their free agents. That’s somewhat difficult to do with valuable veterans like DeMarre Carroll, Ed Davis and Jared Dudley, but those guys are role players at this point in their careers. Where it gets really hard is potentially letting Russell walk after his first All-Star season.

In order to get to those two max slots, Brooklyn will have to renounce Russell. With their sights set on Kevin Durant and Kyrie Irving as primary targets this summer, it’s a worthy gamble to let Russell go. The Nets will likely somewhat split the difference on how they handle Russell to start the summer. They’ll initially retain match rights for Russell as a restricted free agent. If they have an agreement with a star free agent and have to clear additional cap space, they’ll either find a sign-and-trade agreement for Russell, or simply renounce him.

If the Nets can’t sign Durant or Irving or both, they’ll still be in the mix for players that are the next tier down. Expect to hear Brooklyn linked to Jimmy Butler, Khris Middleton and New York natives Kemba Walker and Tobias Harris. And, as mentioned earlier, they’ll have re-signing Russell as an option as well.

If the Nets go the cap space route and add two max players this summer, or one max player and re-sign Russell, they’ll have to creatively fill out the rest of their roster. They landed Davis with the Room Exception last summer and Marks will hope for similar luck again this offseason. He could even use the same exception, with its slight raise, to bring Davis back. Carroll is probably going to be too expensive Brooklyn to re-sign using just an exception, so he’s likely to head elsewhere. Dudley is at that point in his career where he’s probably playing for the veteran minimum, so fit will matter a lot. Given that Dudley found a great fit with the Nets, he could be back.

That leaves Rondae Hollis-Jefferson as the only real question mark. With a $7.4 million cap hold, Hollis-Jefferson is probably going to be let go this summer. Brooklyn has developed enough other forward options that Hollis-Jefferson will probably find a clearer path to playing time with another team.

This summer is important as it’s likely the last opportunity for the Nets to spend big for a while. They’re either going to add two max free agents, or re-sign Russell and add another max player, or Brooklyn is going to spread money around several players. Either way, LeVert and Prince are extension eligible or due for new deals 2020. Joe Harris is a free agent following this season. Jarrett Allen will also be up for a new contract soon as well. Brooklyn's cap space will be quickly used up internally.

Brooklyn has done better than anyone could have expected in rebounding from giving up so many picks to Boston. It’s all in front of Brooklyn this offseason. How this summer goes will determine the next several years for the Nets.