The Free Agency Farce And The Fun Guy Abiding It 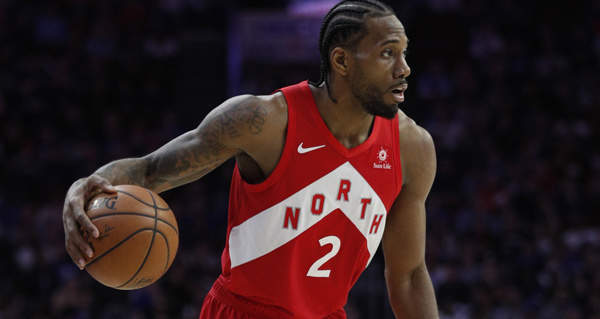 You really shouldn’t even be awake. Nothing is happening right now, not on the timeline, not on Friday night at two Eastern, not with your non-scrolling hand idling down your shorts and certainly not with free agency still a few days away. Anyway, you have text notifications set up. You’re not going to miss anything. By the end of the week, you’ll know who Cam Reynolds is. You’ll have formulated an opinion about Johnathan Motley. You’ll have defended Harrison Barnes in one group DM and assailed him in another; either way, you’re convinced. You know this is not good for you, and yet: you are up devouring the gospel of Inside Sources, and this Marc Stein bump will keep you up at least another hour.

If the last week before free agency isn’t the NBA’s most lurid scene — that’s still the draft — the vibes are certainly the worst on the calendar. This week has been haunted by loud tabloid energy and an imminent storm of schadenfreude, shame, and hurt feelings. There’s no detail too picayune for thirsty fans in late June, no tweet too vaguely sourced for frantic circulation, no pair of eyeballs left ungoogly. Seized by the possibilities – a half billion in dry powder this year, and half the Player’s Association hitting the labor market – fans really do go crazy! Media, too, are fighting for scraps, and it shows. A recent Yahoo Sports report tapped sources who tapped “rival executives,” basically the resin hit of NBA scoops but enough to get a rise out of everyone who saw it.

That free agency, unlike any other NBA spectacle, plays out in its entirety online makes the discourse surrounding it beholden to the internet’s voyeuristic logic and unregulated publishing imperative, and mediated. (Also why are all these Laker fan accounts verified?) Of course, the free agent every team would kill for is offline in a way Kyrie Irving could only dream of being, unplugged not just from social media but also, crucially, from a vast network of scribes and informants who nevertheless insist on imputing his intent and motive.

This isn’t the first time the best player in the NBA has hit free agency in his prime, but with the league’s talent so spread out, Kawhi Leonard’s signature is one of unprecedented consequence. He can drive a stake through the Superteam era or become its final fantasy. He can redeem the Clippers, Knicks, or Lakers, franchises either well-acquainted with ineptitude in recent years or born into it. Staying with the Raptors would plant basketball’s seat of power in Canada for the balance of LeBron James’ prime.

We can surmise that Fun Guy is conscious of all this, but there’s no reason to believe he cares about any of it. What’s more is that a decision in any direction won’t tell us, either. His most revealing moment came from a postgame interview in which he said he doesn’t play for fans, or records, or whatever. The safest claim about his forthcoming decision is that it will be his own. Reverse engineering his decision beyond that will always be a guessing game.

Of course, every free agent is like Leonard in this regard, and whatever reasoning they offer is mere pulp for the stories we insist on constructing for them. Did LeBron James sign with the Lakers to resurrect a legacy franchise, to extend his brand, to hobknob with Maria Shriver and Gavin Newsom, or so his kids could go to Sierra Canyon? Does LeBron even know? Does his explanation even matter?

The impressively glib Anthony Davis interview published in today’s L.A. Times — “The weather is amazing. The city fits me,” is the lead quote — underscores the futility of determining authorial intent, let alone taking it at face value. The motives we construct around free agency decisions have always been projected, been less about what we know than what we want to believe. Whether it’s the robot jokes, the laugh meme, or the consternation surrounding his quad injury, Leonard doesn’t bother fighting the story being written about him. He lets us have it! He’s inscrutable, disconnected, and apparently unaffected by the hysteria surrounding his future. He’s figured it out so we don’t have to.

There won’t be a two-word fax, no Player’s Tribune piece, certainly no interview with Jim Gray. It will come as a simple Wojbomb with a decade of fallout trailing behind it. But when that text from 404-04 pings your phone, you’ll already be holding it. The meaning of his decision won’t be determined at that moment, or by whatever droll monotoned crumbs he offers at his introductory press conference, but created through some combination of memed reactions to those crumbs, pathetically self-serious salary cap analysis, and whatever explanation you personally arrive at. Having said that, if Kawhi signs with the Lakers, Bruce Bowen died for nothing.

As the rest of the league and its object-permanence-challenged fan base frantically awaited his move, Kawhi was whiling the hours away on a beach in Barbados. He looks like he’s having a great time in the pictures, but who knows? #Thisleague.

Louis Keene is a contributing writer for RealGM and the author of Unstatable, a newsletter about the 19-20 LA Clippers.