Streaming Mediums, Shifting Messages And The Tension Between The Tangible & Ephemeral 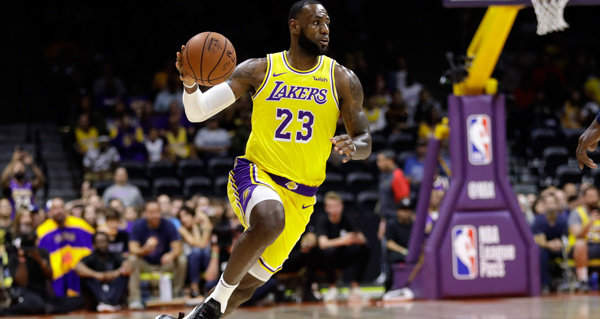 “It’s truly an Innovators [sic] Dilemma,” tweeted Mark Cuban the day before Thanksgiving about reports that television ratings for the NBA were down 18% on ESPN and TNT from last season. Cuban took an optimistic outlook of why the NBA shouldn’t be worried about or judged by the medium, touching upon the tension between traditional metrics of television versus the social media streams that signal an impact within the younger generation. And while the league may be synonymous with cool and innovation, even Cuban admitted that new metrics of influence that the NBA excels at “don’t pay as much” as television.

Cuban’s use of disruption language is appropriate in framing the NBA’s popularity on social media, especially in its development within the American sports landscape over this decade. This is partly a world Cuban invented, having built one of the original streaming services in Broadcast.com and selling the company in 2002. But others interpreted the ratings dip as a deeper, existential threat to the game: were fans tuning out because of injuries to stars? Was it because football is still in season? Regardless of explanation, there were consequences, with the league proposing a midseason tournament in an attempt to recondition fans to focus back onto the court.

The new proposal pushed back on the openness of social media platforms the NBA used to differentiate themselves throughout the decade. Players - and anyone associated with a tangential association to the game - used basketball to build their own brands through content with an eye towards monetizing their audience outside of the game. The off-court narrative building may have worked too well, creating a scenario in which fans could follow storylines surrounding their favorite players without ever watching a single minute of the season. Given the freedom of self-expression on social media, the players (inadvertently?) disrupted the league by training audiences to remain engaged with or without games.

Though according to Dan Cohen of Octagon, NBA made a strategic mistake in bypassing over the air television in lieu of signing a nine-year, $24 billion deal with ESPN and Turner Sports in 2014. Cohen adds that engaging followers on social media is a double-edge sword as free content, that ideal that drove the game to popularity in the first place, actually ends up devaluing the very product it’s meant to promote. It was the NBA who taught fans to consume the game in short clips and highlights in lieu of the actual game.

“For the most part, highlights are marketing,” said Adam Silver at the 2015 Sloan Sports Conference.

Digital companies grapples with the inherent tension between reach or revenue. The NBA tried to clean up its digital footprint in hopes of reclaiming the brand sanctity of the 48 minutes of game play. The league began striking down YouTube highlight compilations that were once assets to spreading awareness. Perhaps there is such thing as too much open-source at the expense of losing foundational meaning, where the digital tail wags the sport in real life.

Television created an anxiety through sports leagues throughout the world. The Premier League’s $4.58 billion dollar contract with Sky Sports (as well as a potentially lucrative deal with Amazon Prime) forced La Liga to reassess their own strategies of future growth in its desire to play league games outside of Spain. MLS instructed its teams to not sign local deals past 2022 to gear up for one league-wide package.

Even if we overlook television for social media metrics, it still remains the white space of sports that offers reach and tangible cash flow. But there also is an underlying anxiety in the evolution of television and audience viewing habits over the next decade. Live sports is perhaps the most valued content in the streaming age, though it is difficult to calculate a specific value. No league wants to make the mistake of undervaluing itself in a long-term contract.

Game 7 of the 2010 NBA Finals between the Lakers and the Celtics, with 28.2 million viewers, was the most watched game since 1998. The game set a record for the most tweets per second on Twitter at the time, with 3,085 tweets per second as compared to the average of 750 tweets per second. LeBron James officially joined Twitter less than a month later, two days before The Decision. 9.9 million people watched James announce that he was joining the Heat on ESPN, making it the most watched program of the night, and leading to Dan Gilbert’s comic sans letter. That infamous sequence was played out on television and online. Success wasn’t measured in negativity or positivity, but in loudness. Looking back now, it looks to be the blueprint for how a league can maintain interest throughout the offseason.

“I was raised around lions and a cat pulled on me tonight lmao” wrote Joel Embiid on Instagram after he was ejected for fighting Karl-Anthony Towns earlier this season, with the post receiving over 650,000 likes. Towns responded with his own post mocking Embiid, receiving over 800,000 likes, which technically makes Towns the winner. Both players were suspended tw0 games for the fight. Does anyone remember who actually won the game between the Wolves and the Sixers?

Silver noted the isolation and unhappiness of younger players last season, observing that they always have their heads down into their smartphones or have headphones on. The description is of an isolated cycle of social media impressions, on-court game play, then another retreating to the screen. Lines blend between digital and real life. Perhaps the tradeoff went deeper than television ratings in emphasizing the ephemeral over the tangible.

The same night as Cuban’s tweet railing against television ratings, Martin Scorsese’s The Irishman premiered to 3.9 million unique viewers on Netflix. There were also 14 NBA games that night, with the Nets versus Celtics and the Lakers versus the Pelicans airing as the marquee ESPN time slots.

There’s a common trope about how the NBA season spiritually begins on Christmas Day, a full two months after the season officially begins. That day, melding holiday and sport, featured the Lakers and Clippers matchup recording the highest rating in the L.A. market since 2011. The ratings for a Thursday night game between the Bucks and Lakers the week before were the highest on TNT since 2018. Can the NBA have it both ways, with the digital cache and cultural impact along with the tried and true reach of television?

During a press run for Uncut Gems, Kevin Garnett declared that the Boston Celtics broke James during the 2010 NBA playoffs, thus claiming responsibility for The Decision. The movie itself takes place during the 2012 playoffs, in which Garnett today accuses the league for having an agenda favoring James’ Heat to win against the Celtics. Not to say that those discussions of league agendas favoring big markets aren’t currently debated, but they seem a particular strain of pre-social media angst. League tension today is of the existential variety. The medium by which we consume basketball has changed, and apparently, so too has the message.