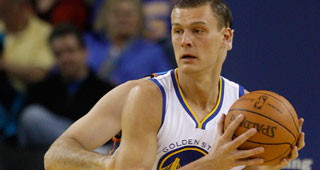 “The photograph shows a perfectly arrested moment of joy.” That’s Roger Angell’s opening line on Steve Blass, a starting pitcher for the Pittsburgh Pirates who in 1973 suddenly couldn’t find the plate. The moment Angell’s referring to is the blissful aftermath of Blass going the distance in Game 7 of the World Series, giving up four hits and a single run en route to a Pirates championship victory. Angell saw him in the clubhouse afterwards, smoking a cigar and drinking champagne directly from the bottle, bear-hugging teammates and later embracing his beaming father. This was the fall of 1971. Blass was out of the majors by 1974 and retired from baseball by 1975.

It’s interesting, but so simple and mysterious that it’s hard to discuss: Blass simply stopped throwing strikes, stopped being able to throw them. He had finished second in the NL Cy Young voting in 1972. His ERA was nearly 10 the next season. He shuttled between the bullpen and starting rotation. He would get a couple decent appearances under his belt and then start once again delivering fastballs that, if he were a shortstop tossing the ball to the first baseman, would have pulled his teammate off the bag. In the space of six months, his career evaporated. No one ever knew what to make of his abrupt loss of accuracy, Blass included.

Andris Biedrins never knew the peaks Steve Blass did. His perfectly arrested moment of joy arrived in the back seat of a Benz at three in the morning. But he was a pretty good starting center for some likable Warriors squads in the mid-to-late aughts, including the We Believe team that upset the juggernaut Mavs in 2007. Biedrins was a solid rebounder and rim-runner; he’d block your shot if you had the temerity to drive right at him. There’s a damning quality to you could do a lot worse than, but also a certain cheerfulness. You could do a lot worse than Andris Biedrins at the five. For a time, anyway.

He couldn’t shoot. That mostly wasn’t a problem, because nobody was asking him to. Biedrins’ job was to haunt the paint on one end and get all his points from inside it on the other. He spent most offensive possessions screening and rolling, or hanging out near the rim in hopes of scoring on a putback dunk or a quick shovel pass from a slashing Baron Davis. Biedrins was perennially near the top of the league in field goal percentage, because he very rarely ventured beyond the confines of his job description. Over his first five professional seasons, he took 76.2 percent of his shots inside three feet.

One way of stopping Biedrins, such that opponents were concerned with doing so, was to foul him. His free throw percentage over those five initial seasons was a Shaq-like 53.2 percent. It makes sense that a guy who operated almost exclusively around the basket was uncomfortable from 15 feet. There’s a long history of range-limited big fellas struggling from the stripe. Most of them weren’t good enough to solicit the treatment Shaq got—hack-a-Shaq, obviously, but also the unnamed phenomenon where, if the Diesel got deep post position, his defender would sometimes just rugby tackle him on the catch rather than suffer the indignity of what was about to happen next. Biedrins wasn’t Shaq on the block, wasn’t even Al Jefferson, so he suffered few of these pull-the-fire-alarm fouls. He also elided contact whenever possible. In retrospect, this was a bad sign.

Biedrins had two long layoffs during the 2009-10 season—a back injury early and a groin pull that required surgery late—but as his limited appearances accrued, it became evident that his free throw stroke had completely abandoned him. In 33 games, he got to the stripe just 25 times and converted four attempts. Don Nelson is a great coach to play for if you’re a confident, let’s-just-get-out-there-and-hoop kind of player and the opposite if you’re prone to fits of self-doubt. He regularly destroyed Biedrins in the press. One of Nellie’s more condemnatory quotes: “if I were him, I would be wanting to shoot free throws so I’m not the all-time worst [single-season] free throw shooter in the history of the NBA. If he could get to the free throw line and even make five or six out of 10, at least it would be an improvement. I would be looking to get fouled, and I think he’s looking not to get fouled.”

This tactic didn’t work, nor did Keith Smart’s gentler approach with Biedrins after Nellie was fired during the 2010 offseason. The Latvian seven-footer continued to duck defenders and hot potato the ball to nearby teammates, and when he was fouled, he didn’t just miss his free throws, he deconstructed his stroke, releasing the ball at weird angles and unexpected points in his motion. The guy became a mental wreck; he quite literally forgot how to pick up a ball and toss it in the general direction of the rim.

There’s no comeback story here. The free throw struggles ruined Biedrins’ career. His numbers cratered across the board, to the point that he became borderline unplayable. The Warriors hung onto him because he was under contract at nine million dollars per season, and then they eventually dumped him onto the Jazz, giving up assets in the process, because they needed the cap space to sign Andre Iguodala in the summer of 2013. Biedrins played six games for Utah, making one of his six attempted free throws, and then went back home to Latvia.

“Sometimes, of course, what is happening on the field seems to speak to something deeper within us,” Angell writes in his Steve Blass exegesis, “we stop cheering and look on in uneasy silence, for the man out there is no longer just another great athlete, an idealized hero, but only a man—only ourself.” If there is, at the apex of sports, a communal awesomeness that very few players access on any kind of regular basis—think about Jordan or LeBron lighting up a crowd, night after night—there is also, in the valley, a loneliness that only a handful of sad sacks can describe. You are loathed and pitied, a grim curiosity, constantly asked some version of the same question—why are you so screwed up?—that you don’t have the answer to. If you did, you wouldn’t be here: the place you would like to disappear from, and eventually do.