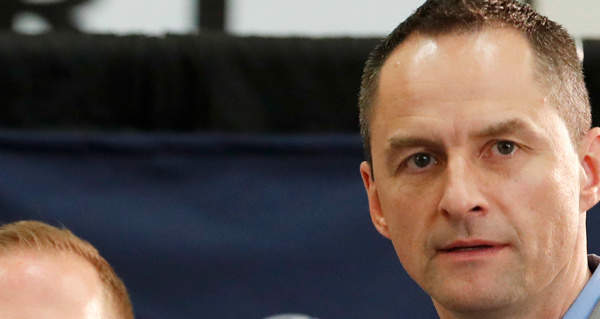 Projected Cap Space: None. $19 million under the luxury tax

Analysis: The Chicago Bulls are in the beginning stages of a reset, and it’s starting at the very top. For the first time in well over a decade, the front office isn’t led by John Paxson and Gar Forman. The Bulls hired Arturas Karnisovas and Marc Eversley as VP of Basketball Operations and General Manager respectively. The two are tasked with getting the Bulls back into the playoffs, and ultimately, title contention.

It took a long evaluation period, but Karnisovas’ first big decision was to move on from Jim Boylen as head coach. Over the course of a season-and-a-half, Boylen’s old-school style wore players down and it was clear that it was time for change.

The next coach of the Bulls remains anyone’s guess. Chicago has been linked to most of the available candidates from former head coaches like Kenny Atkinson, Jason Kidd and Ty Lue to highly thought of assistants like Ime Udoka, Adrian Griffin and Wes Unseld Jr. After being fired by the 76ers, Brett Brown deserves a look for Chicago as well. For what it’s worth, Karnisovas has said he’ll take his time making the decision.

It’s that sort of patient approach that could aid Karnisovas in building the roster for the next coach as well.

Chicago isn’t starting from a blank slate roster-wise. The Bulls have a mixture of talented players on their rookie scale contracts and young veterans. At first glance, you’re left with the impression that this team should be better than they are. It’s up to the new front office to maximize that the core by hiring the right coach to lead them.

Otto Porter Jr. is highly likely to opt in for $28.5 million next season. In an uncertain financial market, where few teams have cap space, Porter won’t make that much. He’s also coming off an injury-wrecked season. Porter will hope for better health and a bounce-back season heading into what should be a robust market in 2021.

If Porter opts in, Chicago will have seven of their top-eight rotation players back, including their entire starting five. That will give a new coach a nice base to start from. It’s up to Karnisovas to keep it that way.

Whenever a new decision-maker takes over a front office, trade rumors start swirling around the roster. For the Bulls, that starts with Zach LaVine. While some see LaVine as an offense-only gunner, it’d be a mistake for Karnisovas to move him.

In his third season in Chicago, LaVine turned in the best year of his career. He scored 25.5 points per game on good percentages while being a solid rebounder and passer for his role. LaVine did it all by regularly being Chicago's only reliable offensive option due to injuries up and down the roster.

While LaVine won’t challenge for an All-Defense spot anytime soon, his presence as a reliable scorer helps provide a constant for an otherwise of-injured roster.

More than anything, better health is what Karnisovas, and whoever he tabs as the new coach, need. The starting frontcourt of Wendell Carter Jr., Lauri Markkanen and Porter have played in 135 minutes in 13 games together over a season-and-a-half. That’s simply not enough time to know if they fit together or not. Getting those three healthy enough to play alongside LaVine and whoever starts at point guard is priority number one for the upcoming season.

The starting point guard spot is in transition. Veteran Tomas Satoransky held role for most of last season. While Satoransky was perfectly acceptable in the role, most in Chicago want to see that job turned over to Coby White.

White was brought along with kid gloves last season, as he started just one game as a rookie, with that one start coming in the game before the season shut down. White forced Boylen’s hand, after averaging 26.1 points on 48/43/90 shooting splits over a nine-game stretch starting in late-February. He also showed improved playmaking skills as his rookie season went along. White looks like a long-term starting lead guard.

With White, LaVine, Porter, Markkanen and Carter as starters, and Satoransky and still-productive vet Thaddeus Young coming off the bench, the Bulls have the makings of a solid rotation. The question is filling out the rest of the bench.

Chicago will return role players like veterans Luke Kornet, Ryan Arcidiacono and Cristiano Felicio and younger options like Daniel Gafford and Chandler Hutchison. But it’s one of their own free agents who could help the Bulls most next season.

Kris Dunn entered this past season at a bit of a crossroads in his career. Despite having the role thrust upon him after being acquired as part of the Jimmy Butler trade, Dunn was never really a point guard. His play (and stats) as a starting point guard was always more about minutes than it was about true production.

Sometimes a change of circumstance begets blossoming. Dunn was moved off the ball due to the presence of Satoransky and White, in addition to LaVine’s high usage. In a lessened offensive role, Dunn found a way to make more of an impact. Chicago tasked Dunn to adopt a Tony Allen-type style as a defensive stopper on the perimeter, who could provide some secondary/tertiary playmaking on offense.

Before the season, it looked like Dunn was a sure bet to not receive a qualifying offer from Chicago and to be allowed to hit unrestricted free agency. Now, it looks like the Bulls will tender him and retain match rights this offseason. Because of his willingness to play a new role, Dunn will have suitors this offseason. The question is how much Chicago is willing to match? Teams like Atlanta, Charlotte and Detroit all have cap space and could use Dunn’s defense and playmaking.

Beyond a decision on Dunn, Karnisovas next biggest decision will be at the draft. Chicago got some lottery luck and moved up from seventh to fourth. A third big man would be nice, given Carter and Markkanen’s injury history. A true small forward could be good as well, as Porter is the only player currently on the roster that fits that description, and he’ll be a free agent in 2021. Even in a down year for top-tier talent, Karnisovas should be able to add a rotation player.

If Karnisovas nails the head coach hire, and holds mostly firm roster-wise, Chicago could hit the 2021 offseason with enough space for a max free agent. That path hasn’t always worked out for the Bulls, but with new leadership in place for the first time in forever, it feels like things might be starting to change.