On LaMelo Ball, Who May One Day Impress Himself 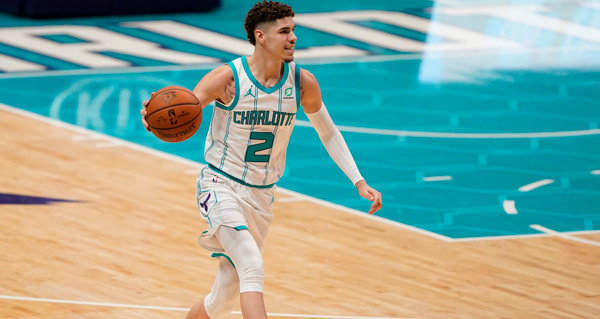 Imagine trash-talking an entire sport. It may sound like an easy thing to do, but it’s really not. Most who may try it would just end up sounding like a 12-year-old who has recently discovered he can say anything he wants into his Xbox headset, consequence-free. When you speak as big as you feel, it’s usually the case that no one really cares; the world is littered with the rhetorical corpses of red-assed commentators who thought they spoke from a grand podium while they were in fact trapped muted within a shoe box. A man who can trash-talk an entire sport is, instead, one who doesn’t perceive himself as doing so, who doesn’t think of himself in any kind of David-versus-Goliath way, scaling aggressively up walls built from accomplishment and merit with only the strength of their language.

Such a man, more accurately, just is. Charlotte Hornets rookie point guard LaMelo Ball is such a man. Upon clocking his first career triple-double, at the age of 19 and in his 10th career game, Ball spoke to a reporter after the game and shrugged off the literally historical feat. This was not a shrugging off borne from your usual, humble sports-yeoman clichédom, though. Ball seemed legitimately unmoved by either himself or the overall difficulty of the game of basketball. “It’s pretty much just instincts, I guess,” he said nonchalantly, when asked how he was able to get as many rebounds as he did while weighing less than 200 pounds. “I’ve been doing this since I was three, so it comes quite easy to me,” he said.

Ball’s confidence is both easy and under-considered—the idea of not being confident doesn’t seem to have occurred to him, nor does that of being over-confident; of having to speak more loudly about how good he already is. Nonetheless, his quick success in the world’s hardest basketball league comes as a kind of counter-proof against no shortage of skeptics eager to claim he is more prodigious at producing highlight reels than winning impact. Such voices are sure to die quickly and quietly if Ball continues along his current trajectory, but let’s consider this paragraph a place to remember them. They will be our dead testament to a text sure to go Lazarus mode on some future day, and insist yet again that performing cool-looking acts on a basketball court is somehow mutually exclusive from a job well done.

LaMelo, much to the contrary, projects as a player who shows us the convergence of style and effectiveness as clearly as any. Widely known well before he played any professional games in America, for both the bigness of his family name and the dazzle of his passing compilations, Ball could retire right now and still be broadly remembered as a nifty passer. But watching him play, I am reminded of an old video clip featuring one of the NBA’s most beloved senior citizens, Hubie Brown. “Don’t tell me that’s showboating,” Brown says in the clip, which is from an actual passing seminar he put on sometime in the 1970’s. In the video, he is ranting about the efficacy of behind-the-back passes, while doing a number of them, ultimately diagramming the ways in which supposedly flashy maneuvers utilize angles of movement that are not otherwise there, as well as complicating the options that opposing defenders have.

Unconventional passing techniques, in other words, can change the very physics of basketball. Barring unforeseeable developments in human biology, no flesh-and-blood body has the kinetic potential of the ball put into particular kinds of motion, and as a life-long basketball fan it is indecently rare to me how often we see players, coaches, and commentators who comprehend and accelerate this truth. Ball is such a player. A neo-experimental physicist who is underwhelmed by the existing assumptions of the game, absolutely sure he can do what he wants with them—any real challenge lies instead in establishing something different.

This is, as optimistic rookie profiles often are, a whole lot of speculation and hyperbole. LaMelo Ball, as his shrugging tone acknowledges, has still barely done anything and has more to prove than can possibly be accounted for here. “Youngest player to ever record a triple-double” is great, but it’s also a note from an era of increasingly specific statistics. What we can see already, though, is that he’s a player with a newness that matters, and that is in all likelihood bound to matter more and more. And for the Hornets, a franchise whose modern iteration has been plagued by high-stakes draft misses and deeply rooted mediocrity, what Ball has done in less than a month is close to approaching the best of anything they’ve ever had. Maybe by the end of the season, or a few years later, or any time in the future, Ball will do something that actually impresses him, and we will see what he thinks is remarkable. For now, it’s amazing enough to the rest of us that he alone has made a long-sunken team so watchable.