Kyle Lowry Has To Decide What's Most Important To Him, And There's No Wrong Answer 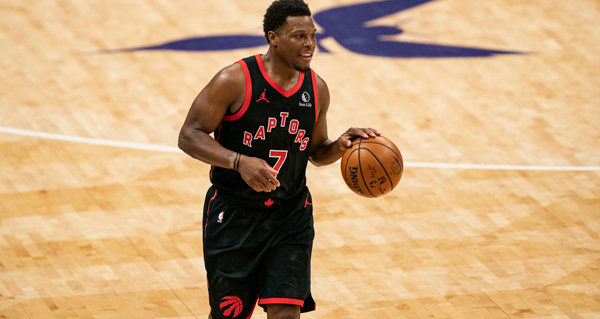 It wasn’t that long ago that you couldn’t count on Kyle Lowry. His second year in Toronto, 2013-14, is when he took off as a regular season player but the playoff chops didn’t develop until later. Before their title run in 2019, the Raptors were famous chokers, and though DeMar DeRozan wilted even more disappointingly than Lowry did, Kyle was pretty atrocious across his first three Toronto playoff runs. He turned the ball over too much and got in foul trouble. He had games where he was afraid to shoot and ones where he forced it. Demeanor is often overstated. A guy who’s making good plays seems like he’s in control, no matter what kind of face he’s making, and the guy dribbling the ball off his foot inevitably looks a wreck. But Kyle was clearly searching for his playoff self early on, surfing waves of emotion he didn’t yet know how to ride.

Those struggles are well in the past now. Remember when he opened Game 6 of the 2019 Finals with 11 straight points? As if to say we’re wrapping this thing up tonight. He finished that tilt with 26, 10, and 7. Kawhi Leonard was your series MVP, but Lowry was nearly as important throughout. He simply had it—it being whatever was missing in the mid-2010s. This is a boring explanation, but you do something enough times, even if you’re kind of bad at it, the nerves subside and at least you’re no longer trying to conquer both the task at hand and your own neuroses. Lowry’s done almost everything several times over at this point in his career. If he puts in a bad performance in a big game, it’s the cosmic dice failing to cooperate. He knows what he’s doing; fear isn’t part of the equation.

Which is why every title contender would love to have him. The Sixers and Heat have reportedly enquired about his availability. The Raptors are doing that thing where the player is absolutely not for sale unless maybe Tyler Herro were to become available or something like that. For his part, Kyle is striking a frustrated but noncommittal tone. You get the sense that he would like to stay, and for the recently injury-wrecked Raptors to be moderately competitive, but wouldn’t mind moving on either. (To the Sixers in particular; he is from Philly after all.) We know that Masai Ujiri is cold, he trades for value and worries about hurt feelings later, but he’ll think twice about moving Lowry. Maybe that means he needs Kyle’s approval to pull the trigger on a deal, or simply that the deal needs to be really, really enticing.

The trade deadline is March 25th, a few days away, so we’ll know soon where Lowry will finish out the year, perhaps what the NBA discourse-makers figure he adds to whoever’s fixing to take down the Lakers and/or Nets. It’s his current, liminal state that interests me. Lowry’s not a Dirk or a Kobe. He was a nomad for most of his 20s, being dealt is nothing new to him, but his career represents an inversion of the typical star’s arc: usually you’re with the team that drafted you for quite a while, and then you bounce around, searching for rings or joining up with your friends in free agency. Lowry stuck late in Ontario, and stayed later. He’ll be 35 on the day of the deadline and he’s six-foot-zilch. This won’t go on much longer. There’s little at stake in Lowry’s staying or going beyond sentiment, attachment. He feels like he belongs in some metaphysical sense in Toronto, a fact immutable if and until he suits up for someone else and we remember that—right, of course—he’s just a basketball player, he can ply his trade anywhere and it’s not like anything cataclysmic is going to happen. Besides he’s already said he’s definitely going to retire a Raptor, and the sort of memories he’s accrued in that uniform will long outlast his playing days.

Lowry has to decide what’s most important to him, or perhaps what he would like to do and what he can tolerate. The nice thing is, there isn’t really a wrong answer. Staying put has obvious appeal, and as far as leaving for a squad with a sunnier championship outlook: nobody would blame him, and he wouldn’t be shamelessly bandwagoning because 1.) he’s already a champ, and 2.) he would be a significant help to whichever outfit he joined. Kyle has been a Pippen. He’s well-equipped to be a Chris Bosh or Lamar Odom type.

It’s something to be wanted at his age, for the broad consensus to be that you’ll succeed wherever you end up. It’s shoe commercial copy and the honest truth: you play in order to prove yourself. But what happens after you’re thoroughly accomplished? Well, validation is a one-time thing and it’s not. You prove you can still come through, though this can’t help but feel less important than it was the first time. At bottom you continue to play, past your greatest triumphs and into the doldrums of your late and post-prime, because you like playing. Kyle Lowry can do that in Toronto, or he can do it Philadelphia, Miami, anywhere. There’s a peacefulness about him these days, as much as there ever has been, and that will travel well. He has nothing left to prove, only more basketball to enjoy.