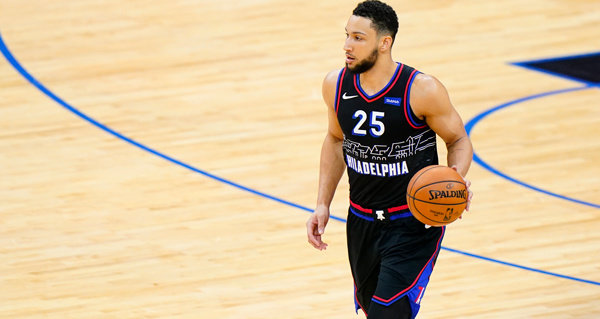 In 2011, LeBron James lost in the NBA Finals. This was what most Americans wanted. After triggering the sports-watching population of the country by forming a superteam in unusually conspicuous fashion in 2010—announcing the formation of such a troupe while wearing a purple-striped Oxford shirt, the absolute gall of that—James and the Miami Heat faced the Dallas Mavericks in their sport’s championship round, where he did not play particularly well. Those especially eager to see him fail were quick to say that he “choked,” which was a hard summary to argue with as Dallas sagged off James and let him shoot jumpers he was not prepared to make. The strategy seemed to get under his skin, and steal from him his usual conviction and moxie.

What followed in the aftermath was, to my mind, one of the signature moments of James’ career. Asked if it bothers him that so many people were happy to see him fail, LeBron was blunt: “Absolutely not,” he said. “…They have to wake up tomorrow and have the same life they had today. They have the same personal problems they had today. I’m going to continue to live the way I want to live.” James went on a bit, essentially hammering the plain truth home: he is a multimillionaire who is perhaps better at what he does than anyone ever has been at it. His life is objectively amazing, and if seeing him squirm is one of your better avenues for happiness, yours probably isn’t.

It’s one of the many ways James has brought the dynamics of professional sports into starker clarity, a kind of meta side-project of his career that has more recently culminated in the formation of his representative agency, led by longtime friend Rich Paul. Today, Paul’s Klutch Sports Group goes to bat for a number of top-shelf players and makes NBA front offices and reporters nervous with the way they do business, including that of maligned Philadelphia 76ers All-Star Ben Simmons. Simmons, despite boasting many spectacular qualities as a player, is not close to what LeBron was then or previously, or even what he is now, but his experience as a public figure does share important common ground.

As an NCAA player at LSU, Simmons was transparently checked out, citing the objectively exploitative nature of playing collegiate basketball for nothing more than a scholarship toward a degree that only a small percentage of players are really ever put into a position to adequately complete. Like a smaller version of LeBron’s 2010 Decision, this 16-17 narrative was one that incensed many, often inspiring them to say revealing, ugly things that they believe about labor, sports, entertainment, and money. NBA front offices were not poop-headed enough to care much about all this, however, and recognized him as the obvious gem in his class; he was taken No. 1 overall in that June’s NBA Draft.

When it comes to public perception, however, the aggrievement Simmons once brought out of the earth with his indifference to the obligatory nature of the amateur level seems to have followed him. In the wake of his fourth NBA season, in which he underwhelmed during Philly’s postseason flameout against the Atlanta Hawks, Simmons’ character is again on trial. Reasonable critiques of Simmons’ game are obvious, but limited: he isn’t a long-range shooter, or reliable at the free-throw line, and too often his aggression disappears. That’s it: everything else is there for him, and everyone who watches the game correctly is constantly allured by the prospect of what he might become if he were to ever conquer his weaknesses.

But the haters are not content with this version of things, as they have inherited the NCAA-watching crowd’s Simmons resentment and merged it with the generally bad vibes of Philadelphia sports fans (Sixers veteran guard Danny Green suggested they are widely known as some of the worst in the league among other players), and then for bad measure they have added in the pablum of reductive, tedious new-age NBA quant analysts who are obsessed with shooting in order to synthesize a dark, unholy rhetorical energy that invades every Simmons conversation with the subtlety of an oil spill in a swan pond. They go into the nearly quantum realm to find extra material in their anti-Simmons quest, speculating far too much about how he spends his training time and offseason, making imaginary voyages into his brain and soul to shout out their qualitative declarations about what kind of existential sap runs through him. It all starts to sound more like a table-top Role Playing Game than actual analysis. But this is probably too elevated a metaphor for the many people who watch sports ultimately just because they want to be able to call someone a pussy, and choose Simmons. This is all to say that it is, in most cases, impossible to discuss the young man reasonably.

One might think this would spoil the vibes for Simmons in his personal life, and maybe it does. But if we are to use the fodder of social media as any kind of evidence, it certainly doesn’t seem that way. While the culture of his sport is losing its mind over him, Simmons is chilling with beautiful women at Wimbledon and relaxing in expensive pools, smiling. Manufactured or not, the look seems in the spirit of LeBron’s 2011 energy toward his critics; he appears as unburdened and thriving as you might expect a handsome 25-year-old with generational money to be.

As Rich Paul looks to get Simmons dealt out of Philadelphia, and Sixers General Manager Daryl Morey deals with the quandary of trading him in a way that improves his team after the nonsense that follows his second-best player has swirled to such a point that general perception has badly compromised Morey's bargaining leverage, the broader Simmons conversation can only possibly get stupider; more rage-filled, more readymade for hyperbole and misguided point-making, more a canvas for the world’s endless supply of unfortunate hot-take makers. None of it will have much to do with Simmons himself, as his being better at what he does than you or I or anyone we know—he does, after all, excel in one of the only truly meritocratic professions—has afforded him a life that we can only imagine, where he is able to float above all our twisted-up emotional muck.