A Glossary For The New NBA Season 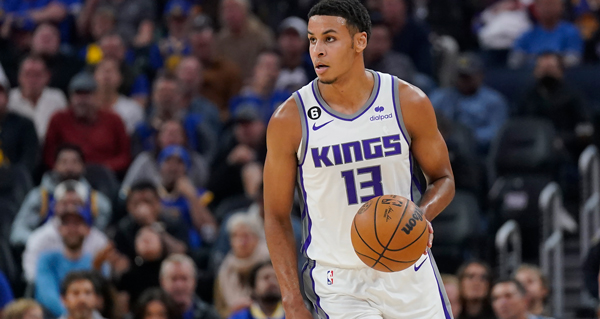 To start the season, the Philadelphia 76ers and Brooklyn Nets both lost four of their first five games. Since then, each team has found their footing, and are floating just above the Eastern Conference’s middle-class dividing line, safely out of play-in territory for now. It hasn’t been a dramatic turnaround for either team, but rather a fairly expected one for both, given their respective talent levels. Both teams limped through some pretty serious indignity before working their way to respect, though, and this crucible of humiliation and embarrassment was, I argue, an important part of the production to come.

Motivation is fundamentally hard to find for people who have worked their way to the very tippy top of their profession, and been paid more than the combined worth of some entire cities for it. Michael Jordan infamously showed us, in The Last Dance, how, after 1991, when he’d already reached the zenith of his sport, the way he worked hardest was mental. He had to spin fictions in his head, about the lack of respect he was getting, and populate the imagined landscape before him with haters and doubters. Today there is a faster, easier way to do this, though: go on a dysfunctional losing streak, and you will get ridiculed on national television and all over social media—basted, roasted, eaten all the way up. Then, you are back to that badly missed proving ground again.

The explanation for many surprisingly effective teams, like this year’s Utah Jazz, is actually quite easy to formulate. If much (or in the case of the Jazz, most) of the roster has been assembled recently, they’re going to be good as long as there are any veteran NBA rotation players involved. This is because how their talents mix, and how their coach has them playing, is too variable to prepare for. The lack of footage of a Mystery Box team playing together creates a potent competitive advantage.

The edge dulls, though. The Jazz started the season 10-3, and have since been 6-11. The Indiana Pacers, re-made through the Tyrese Halliburton trade and an ensuing influx of young talent, can tell you the same thing. Solidified by the experienced baseline of Buddy Hield’s scoring and Myles Turner’s interior defense, their uptempo collection of scorers surged to a 10-7 start, but have now lost seven out of 10. Video scouts are no longer empty-handed when it comes to the Pacers, and neither is anyone on the floor. There is no such thing as a permanent Mystery Box team, and they mostly only exist through December, if that. Big mid-season trades can create new ones, and trick people into believing that they’re new contenders, but time will usually show us otherwise.

If you’ve ever been to Cedar Rapids, Iowa, you’re automatically more qualified than most to have a discussion about what different places smell like. Not many mid-sized American towns have signature odors, but this one certainly does. That’s because Quaker Oats and General Mills both produce there, and through its streets you can smell the constant churn of grains—if a batch has gone wrong in the factories, that day, you won’t want to. It is a thick, pungent quality overall, pleasant and enriching in how it reminds you that things are still made in some parts of this country.

Sacramento Kings rookie forward Keegan Murray is a hearty product of Cedar Rapids, too. One of the season’s best newcomers, he has been especially good this December, shooting 49 percent from beyond the arc, including a 6-for-8 showing in a watershed comeback road win against the formidable Cleveland Cavaliers. He may or may not like (or even hear of) this attempt at a nickname, but as a former resident of Iowa and fan of his game, I had to try—in the 21st century, moniker creation is not limited to big-timers, with Boston Celtics’ frontcourt dynamo Robert Williams III becoming known as Time Lord on a national level because of one particularly skilled Twitter user.

Murray’s Kings have stumbled upon something magical, culturally. It’s simple and perfect: after every win, they activate a purely visual, purple beam of light that’s visible for miles around. Videos and pictures of it are posted all around the internet as #LightTheBeam is typed by millions. It’s hilarious, and awesome—and it has brought joy to a fanbase that’s been lacking in the stuff for well over a decade. Every team stuck in the gutter, or on the precipice of it, needs something similar. When there aren't championships to soberly dream about capturing, there is something else; something you can plausibly argue is better. That’s what sports, at their best, provide: not the glory of dominance, but singular ways of being together, punctuated by typically goofy rituals. That’s what The Beam is.

The Washington Wizards, for one example, are a Beamless team. What is it about them that makes their followers feel connected? Memories of occasional brilliance, but mostly mediocrity—which can be its own kind of brilliance, in the hands of the right critics; yes, sure, but that’s stuff that every team’s following has. That’s not distinction; that isn’t a Beam. Many fans are madcap and comic in their souls, but a Beam is a multiplier of that—it’s soil steroids for the garden of mirthful insanity that is sticking with a franchise that doesn’t earn it. No one else can have The Beam, but every team without one should be seeking A Beam: a way of making colorful monolith of the stitched-together neuroses and small triumphs that make up their history of suffering. A middling or even bad team is a tenable one, from the fan’s perspective; but to be Beamless, this is unspeakable.

When a team disappoints, stagnates, or both, there is a shift in how media members, fans, and—it would seem—front office executives discuss them. Whether the ongoing struggles of these teams have persisted long enough for us to reasonably consider them definitive does not seem to matter, in such instances. Their roster, in these hypothetical discussions, is now a buffet for everyone to pick from freely. Trade machine scenarios proliferate on Twitter, but also on broadcasts that decision makers of the league listen to and watch.

The reason vultures swoop so numerously and thoroughly upon corpses, though, is that they don’t come around often enough to keep those meanly beaked birds more generally satisfied. The way franchises stuck between life and death are spoken of during their purgatory would suggest that their looming predators believe that wishful description itself can deliver the desired feeding kill, and make the imagined feast actual. Since this is not the case, though, we must understand such speakers as more hungry than in the presence of sustenance, and all overzealously machinating trade-makers to be better suited by waiting until make-or-break deadlines are nearer. And with the NBA experiencing historic levels of parity, and virtually no teams out of the playoff picture? Those creatures might just stay unfed.