Raptors And Knicks, Ships Passing In The Middle Of The East's Night 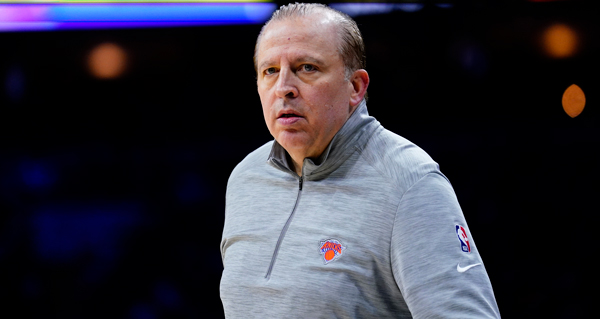 Two of the NBA’s top three minutes-per-game players come from the Toronto Raptors: Fred VanVleet and O.G. Anunoby. There are reasons for both to be on the floor so often—Anunoby is just damn good, and a prime candidate for Defensive Player of The Year; VanVleet may be having one of the worst seasons of his career, but he’s also having trouble catching a breath because Toronto still badly enough needs someone who can run an offense otherwise full of wingmen. And while the Raptors’ best player, Pascal Siakam, has missed about a third of the season, he’s been on pace to play just as much as those other two.

With Toronto struggling overall at 13-18 and vultures beginning to fly progressively ravenous circles around their roster, this marks the first moment that broadly praised head coach Nick Nurse has been thoroughly questioned for how hard he drives his best players. And it’s not just the minutes. The team plays a conspicuously high-effort style of defense, more typically associated with high school and college basketball. Nurse is making the fantasies of many a crotchety uncle into a full-blown NBA reality, his defense full of traps of full-court pressure designed to both wear teams down and break the Raptors free from half-court offense, where everything feels claustrophobic for them.

Last season, it worked fantastically, with the team skipping steps in their development arc to race right away to 48 wins, good for the fifth seed in the Eastern Conference and a compelling first-round playoff matchup against the Philadelphia 76ers. More crucially, it gave them something few teams ever really achieve: style and identity. But this year, it seems like the defensive formula has been solved in the way many expected it to be, but sooner. And the halfcourt woes have worsened, in part due to VanVleet's shooting struggles, but also because of Scottie Barnes hitting a growth wall in his second season. Nurse, like Tom Thibodeau before him, is a media darling now beset with the task of proving he’s more than just a drill sergeant. It's that, or his public reputation could face reversal.

Thibodeau’s Knicks, meanwhile, are thriving. Winners of their last seven, they’ve taken Toronto’s spot at the bottom of the East’s top, and look to create distance between themselves and the pot of play-in teams this winter. And they’re doing it with balance, as no one on the team is in even the top thirty of minutes-per-game players. Thibodeau has made full use of a deep bench, utilizing up to 11 players per game. The addition of Isaiah Hartenstein has made it so there’s little drop-off at center when Mitchell Robinson leaves the floor, and the Knicks’ cadre of rising young guard talent means newcomer Jalen Brunson—the team’s co-MVP this season, alongside Julius Randle—can rest enough to close games at full power.

The Knicks have played with force and grit, Thibodeau clichés, while not falling victim to exhaustion of the body and mind; Thibodeau perils. Brunson, Hartenstein, and the improvement of their young talent has been key, but so has Randle’s transformation back into the man he was in 2020-21, when he surged to the Most Improved Player award, an All-Star appearance, and All-NBA marks. Brunson’s control of the offense has enabled much of Randle's return to what he does best, but the change has been spiritual as much as tactical; no longer is he quarreling with fans, and looking like he might refashion his career as a foil to his team’s infamously bitter fanbase and media environment.

The Knicks may not be in their final form. Cam Reddish wants out so he can play more minutes elsewhere (again), and the front office is rumored to be looking for creatively additive trade solutions for the dormant Evan Fournier and Derrick Rose. But their problems are luxurious ones, for now. Brunson, Randle, Robinson, R.J. Barrett, and Quentin Grimes are backed up by the solidity of Hartenstein, but also the major upside of Immanuel Quickley, Jericho Sims, Obi Toppin, and Miles “Deuce” McBride. This is a healthy “two timelines” team, with a clear hierarchy of the present and future. The balance of such a thing can be hard to strike, but in their latest winning streak is a proof of concept the Knicks can return to when they inevitably face worse moments later this season.

The top of the Eastern Conference is indefinitely set—the Milwaukee Bucks and Boston Celtics are just those kinds of teams. The war in the conference’s middle, though, is very much roaring. Whether the Raptors try to regroup with what they have or make a rebuilding step backwards—by taking advantage of a currently frozen trade market—will have a lot to do with how difficult they think the battle is to win, and whether it’s even worth fighting while the Bucks and Celtics peak. The Knicks, ever-beleaguered, are just happy to be where they are; as they should be. There is not championship potential here, but there is increasingly rare legroom, and that’s what their next few months will challenge them to maintain.