Which Types of Players Benefited the Most From Change in Way Fouls Called? (Part 2) 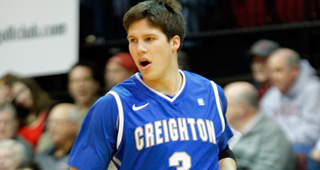 Last week I discussed the fact that ORtgs increased last year for players at all positions. That result seemed a little counter-intuitive as you would not expect a PG and a three point specialist to get an equivalent benefit from the change in the way hand-checks and block/charge calls were made.

Today I dig a little deeper and show that even though everyone got better, different positions tended to get better for different reasons. I start with free throw rate. As expected, point guards and non-shooters (driving wings) saw the biggest uptick in free throw attempts. Meanwhile spot-up three point specialists saw only a minimal increase in their free throw attempts per shot.

Moreover, shooting percentages were up for almost every group but the three point specialists, presumably because defenders gave offensive players a little more room than in previous seasons.

But the big surprise is that the three point specialists actually had the biggest improvement in their turnover rates last year.

The net result was that even though point guards benefited from the increase in foul shots and decrease in turnovers, because of the increase in non-assisted scoring, the ORtgs for PGs did not increase at a rate meaningfully above the other positions.

Overall, the biggest surprise to me was the decrease in turnovers for three point specialists. Though the sample size of players was relatively small, the sample is large enough to say the difference is statistically significant. And though my definition of three point specialists is not random, given the similar number of players in that role in both seasons, this appears to be more than just sample selection.

There are a number of possible theories, and I cannot really rule any of them out without a significant amount of film study. On the one hand, perhaps because of the increase in defenses that helped off shooters (such as the pack-line defense), perhaps three point shooters were facing less ball-pressure and that led to fewer turnovers last year. But if that was the case, you would expect to see an increase in shooting percentages, and the eFG% did not increase as much for three point specialists as the other positions.

Perhaps in the past three point specialists were always called for charges on the rare occasions when they drove and attacked, and that happened less. Or perhaps teams were even more focused on keeping their most mobile defenders on point guards and three point shooters had even weaker defenders on them. Again, I cannot really determine whether these theories are correct without significant film study.

But there is one other possible hypothesis. Perhaps, fearing that everything was being called tight, teams may have simply decided it wasn’t worth the risk to challenge players who were great at the FT line. But if that last factor is accurate, teams may have been over-compensating. The reason is that even though three point specialists are good at the free throw line, they remain relatively weak ball-handlers. They are not the type of players that can handle ball-pressure well. I don’t think it makes a lot of sense in the long-run for teams to lay-back against players who are not skilled enough to attack the basket, even if hand-checks are being called more often. Trapping these players more may become important again as teams evaluate what they can and cannot do to create turnovers.

Right now because of the decreased turnovers for spot-up shooters, all types of players have benefited from the rule changes. But while I would expect PGs, wings, and big men to continue to benefit from the new rules, I’m not sure this improvement in ORtg for three point-specialists is sustainable.