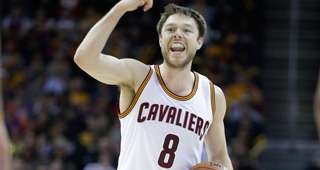 Scrappiness is an outsize desire to achieve something, a willingness to do whatever’s necessary toward reaching that end, and a demonstrable lack of natural talent. The concept is typically meant to ennoble whatever it’s applied to, but all it means is that something is better than it should be, through obvious strain. Clerks-era Kevin Smith, for instance, was scrappy. So is J. Cole.

The term is value-neutral on its face, but then try-hard wouldn’t be an insult if we didn’t find relentless effortfulness annoying.And, more insidiously, scrappiness has historically been employed—particularly by old, white announcers and columnists—in a way that elevates short, slow, clumsy white athletes above lithe, swift, explosive black ones. Some of those guys out there (the black guys) might be more gifted, but this guy (the white guy): he’s scrappy. He doesn’t give an inch, and that’s what makes him so effective. It’s a bunk moral argument in the form of a compliment, and it’s one that rarely flatters people who look like Kawhi Leonard.

Anyway, Matthew Dellavedova is scrappy. He wouldn’t be in the NBA if he didn’t have a lunatic’s work ethic and a rugby player’s disregard for personal bodily safety. His appetite for defending severely outpaces his lateral quickness. He was a decent shooter when he came into the league, but he has now clocked enough hours in the gym that opponents actually need to worry about him when he spots up. His every drive looks sure to end in disaster, but he gets himself out of trouble with ugly lobs and a banking floater that arcs like a booze-wobbly dart thrower’s toss.

Plus he has a middle school boy’s haircut. Plus he’s Australian. Plus he once injured Kyle Korver—very white, very not-scrappy—by diving for a loose ball and rolling into Korver’s leg like a roguish defensive tackle trying to snap a quarterback’s ACL. Except I don’t think he did it on purpose; he’s just an overzealous klutz. All the cross-sport comparisons here are purposeful: what Delly does is barely basketball.

This sort of player has no more inspiration to give us. We’ve suffered too many hagiographies of David Eckstein to lionize scrappers anymore. I can get with this sensibility—give me two erratically brilliant Yasiel Puig seasons over ten improbably competent ones from a five-foot-six guy with no arm—but its byproduct is a certain enmity toward the overmatched athlete who gets by on grit. People hate Matthew Dellavedova, and not for the usual reasons people hate athletes. He’s not a jerk, or a traitor, or soft, or mercurial, or strange, or selfish, or outspoken, or even especially dirty. But there’s this: he plays like tinnitus. He plays like an argument that goes on for hours. He plays like someone who breaks the social contract in grocery stores, zooming through the aisles, bludgeoning other customers with his cart, reaching over your shoulder to grab a nectarine.

Dellavedova couldn’t hang in these most recent NBA Finals. He had a good season, by his standards, occasionally leading the Cavs’ second unit into their sets and even getting some crunchtime minutes when the team went to three-guard fourth quarter lineups, but his jumper abandoned him in the playoffs and the Warriors were too long and quick for him, so he quickly fell out of the rotation. From his spot on bench, at every timeout, Delly readily popped up and strode onto the court, high-fiving his teammates like an overeager party host. He didn’t play at all in Game 7.

Two years ago, when he had to start in the Finals because Kyrie Irving’s knee had shattered, he put on a pair of excellent performances in the two games the Cavs took off the Warriors, which is to say he shot a combined 10-for-27. But he genuinely did play well, through making Steph Curry play horribly: 15-for-43 with 12 turnovers. We’ve developed language for what happens when shooters can’t miss: they go off; they black out; they heat up. Delly did whatever the slaloming-through-screens equivalent of that is. He pressed Curry with such intensity that the Warriors moved Steph off the ball. Curry ran and ran and ran, and never really got away.

The Aussie checked into Cleveland Clinic after Game 3, after nearly 40 minutes of chasing Curry and chipping in 20 beautifully hideous points. Dehydrated and spent, he needed an IV. The team’s medical staff chalked it up to the overexertion, but also the entire pot of coffee he drank before the contest. They advised him to cool it with the caffeine.

Delly will do fine in Milwaukee. Better than he should, anyway. Jason Kidd will like him. Coaches like players who perform their given tasks with alacrity. Bucks fans will like him. There’s no better place to be an overachieving white guy than Wisconsin. The rest of the league, Northeast Ohio excepted, will boo and sneer when he invades their point guard’s personal space; they’ll exasperatedly cuss him out when he knocks down a couple threes. This is the fate of the scrappers in 2016, and it feels appropriate. Workaday players lose their romance when too many people praise them. And what is the antipathy of fans but one more thing, stacked atop an already sky-high pile of obstacles, for a player like Matthew Dellavedova to overcome?