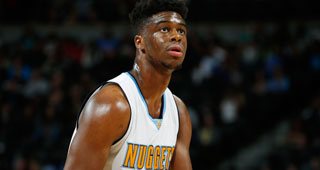 Beneath us, there are always waves crashing and receding. We’ve got stuff going on, and it’s close to all-consuming: projects at work, relationships to tend to, a dog that needs his yearly shots, and a lawn that’s been overgrown for a week now. We’ve heard good things about the new Korean joint uptown and there’s a weekend screen-printing class at the art annex that’s intriguing. We should put snow tires on the Toyota before it gets too cold. We’re running low on light bulbs, plastic baggies, batteries. The new Alexander Payne movie is out. The lamp in the living room is ugly. The couch could stand a steam-cleaning. We fell down a cuttlefish video k-hole last night and forgot to pay the credit card bill. We’re still thinking about adopting. We intend to go out drinking this weekend, blow off some steam. We have to start eating healthier, have to remember to register to vote.

One morning, while dangling our phone precariously over our Cheerios, we discover that James Patterson has published 70 novels over the past decade. We walk out the front door not knowing the temperature has dipped below freezing and fall on our ass.

This is different from not knowing the Nuggets. I’m familiar with Kenneth Faried’s rhinocerotic stylings and Danilo Gallinari’s fussily technical, troublingly fragile outside-inside game. I can tell Jusuf Nurkić and Nikola Jokić apart in my mind. (Jokic is the benevolent golem. Nurkic is the one who will fight you over which mid-90s WCW wrestlers held which belts at which times.) I arrive to Nuggets games like midwest asphalt arrives to snow, but I scribble notes on them just the same. Here is one, from a February 3rd tilt against the Jazz: Mudiay’s hair looks like beautiful inky coral. My in-game notes are not often about the actual games.

Let’s pull out past the frame on this Thirty Futures installment, because the frame is the thing that’s clearest in my mind. The imprecise, not terribly probing question season previews ask is what the writer makes of a team. The answer, occasionally, is hardly anything, and when that’s the case the writer must tapdance for however many words, citing stats and conjecturing and expressing concern about backcourt depth but primarily trying to escape with his air of expertise—or his dignity, at least—intact. This problem nearly always makes for a poor end product. Has anyone written with great intelligence and conviction about what, say, the Phoenix Suns will do this season? This is not a criticism of my colleagues. I simply believe the task to be impossible.

In a preview series like this one, which is more a collection of riffs and essays than analysis, when the writer can’t crack the subject, the tapdance becomes commenting on the tapdance, perhaps a ramble about the mysteries of living. It would be easier, really, to toss out a prediction no one will remember and be done with it.

There are teams that give you nothing. Or, that is not fair: there are teams that leave no impression upon you. Other people, theoretically, have involved thoughts about them, but you don’t. (You could repackage what those people have said. This feels dishonest.) You’ve tried to engage with the team. You’re sure you’ve read about them here and there, though the only story you can remember off the top of your head is when their ex-coach, who was eighteen the year Run DMC released their self-titled debut, rapped a pregame scouting report to the locker room in a manner that suggested he’s more of a yacht rock man. You wish they would overhaul the offense, strike out this season with a bold plan to beat their opponents 110-to-107. Failing that, you wish they would sign a vocal conspiracy theorist or a soon-retiring vet you can eulogize. But a team is what it is. It might be compelling in some way you don’t understand.

There’s so much that happens without us, at the margins of our consciousness and further afield than that. We choose what to care about and attend to and make sense of and a bunch of other things remain incomprehensible. Sometimes we choose to focus on something and it won’t cooperate. We can’t see it right no matter how hard we squint. Have you ever read a book and felt like you were merely passing your eyes over the words?

The Nuggets will take on a distinct shape in my imagination in time. A few years from now, fifteen years from now. They’ll have a player who grabs me or a style that’s novel or devastating. James Patterson might be dead by then. I probably won’t know the precise moment either happens, but the news will catch up with me at some point. There’s a spice shop not far from my apartment, which I’ve lived in for nearly three years. I’ve walked by it many times but have yet to go inside. Grains of paradise are supposed to give lentil soup something it otherwise lacks. Maybe next week.