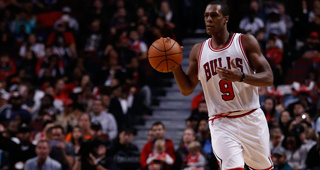 Last year, the Chicago Tribune published one of those uniquely newspaperly bad editorials where the lede signals the rough ride ahead: Envy isn’t a rational response to the upcoming 10-year anniversary of Hurricane Katrina.

It doesn’t get better from there. What follows is a failure of editing and sensitivity, an exasperated wish for Chicago to be remade in the same fashion New Orleans was after the levees broke. It frames Katrina as a wet, windy Chapter 11 bankruptcy for The Big Easy rather than a tragic disaster that soaked and flattened an entire city.

This is straightforwardly not a good idea, but it’s also curious that a Chicago writer would use Katrina to make her point when—this is pretty famous—the town in which she lives burned to the ground in 1871. That’s why Chicago is called the Second City: a large chunk of what stands today was literally built atop ash. A column entitled, say, We Need A Third City could have been metaphorically rich with the added benefit of not invoking a still-recent trauma inflicted upon people who live in an entirely different region of the country.

Lousy writerly instincts aside, the piece has its heart in the right place. It specifically cites the abject and constant war between the city government and its put-upon teachers, its dire education budget predicament, and the low-quality schools its poorest residents attend. It could go on much longer about Chicago’s other ills: civic politicians in union pockets, tumbledown infrastructure, racial strife, rampant gun violence, and toxic acrimony between the cops and the people they’re supposed to serve and protect.

Chicago is a great and aggravating city, the sort that, for example, does a lovely job revitalizing a beach on its south side, near a cluster of predominantly black neighborhoods, then doesn’t provide public transportation to it and builds a big parking lot beside it to give suburbanites and northsiders a place to stow their Acuras. It shows you what it could be, then disappoints you. It has intractable systemic issues. It’s run by a dense, wasteful bureaucracy that’s unaccountable to its electorate. It’s both center-left and authoritarian. The column gets one thing precisely right: there are things about Chicago that won’t get better without revolution or cataclysm.

In the way dogs sometimes resemble their owners, the Bulls share their town’s less pleasant characteristics. There’s a stubbornness about them, a refusal to see what’s wrong, that makes them intensely frustrating. Michael Jordan was paradoxically the best and worst thing to happen to the franchise. He gave them titles but in the process gave owner Jerry Reinsdorf a false sense of competence.

Reinsdorf did lots to undermine the 90s Bulls. He twice quarreled with Jordan during contract negotiations, lowballing and alienating his star. He also kept company man Jerry Krause around as general manager despite Krause’s habit of trading away guys Jordan liked and the often contentious relationship between Krause and Phil Jackson. After the Bulls won 72 games and nabbed their fourth NBA title in six years, Reinsdorf more or less yawned, giving an interview to the Tribune in during January of the following season in which he talked up how much he wanted his White Sox to win the World Series. Jordan went on winning regardless, and Reinsdorf went on conflating process with results.

Post-Jordan, Reinsdorf’s faults have been laid bare. The Bulls have had one happy spell since those late 20th century salad days and the man responsible for that was rudely run out of town by Gar Forman and John Paxson, who are like if you divided Jerry Krause's brain between two people. They hired Fred Hoiberg, an apple-cheeked NBA coaching greenhorn who so far into his Bulls tenure seems to lack both tactical acumen and leadership qualities. He must make up for these deficiencies with deference, which is what Forman and Paxson value most highly in an employee.

Surely Hoiberg, whom Jimmy Butler publicly admonished last season for not coaching the team hard enough, will succeed in wrangling Dwyane Wade, 34, and basically half-retired, and Rajon Rondo, who has never listened to anyone of a lesser stature than Kevin Garnett. Even more troublingly, the Bulls appear set on refining an aesthetic that belongs in 2003. No matter how you feel about the rapid rise of the three-point shot it’s undeniable that every modern team needs some shooting in order to compete. Forman and Paxson seem oblivious to this fact. This past Sunday, they shipped out Tony Snell for Michael Carter-Williams.

The Bulls have enough talent not to be awful this year but they could have been something more promising than this. They got out from under Derrick Rose and Joakim Noah only to replace them with two more past-it vets. They’re new-look, but in a dispiriting way. The Bulls are luxury condo creep; they’re a corporate music festival; they’re a gaudy, ugly tourist trap where a public park could be. Worst of all, they will go on like this, off in their own world, until Reinsdorf kicks it or sells the franchise. He has won too much in the past to ever second-guess himself again. He likes obedient underlings more than people who are actually good at their jobs, likes the feeling of power more than victory.

But Reinsdorf is mortal and 80 years old. The Bulls will enter a new era reasonably soon. It’s hard to see where down the line Chicago will remake itself. Its cosmic calendar is booked full with piss-on-your-leg-and-tell-you-it’s-raining change. Its promises go quarter-fulfilled and its underserved citizens are dismissed with ever-lamer excuses. This is the awful thing about institutional rot: fixing it becomes more daunting and impossible-seeming by the day.

Probably, Chicago will go on doing things in its typical blinkered fashion until something terrible jolts it. To ask for this is absurd, but you might think it for a moment, when you’re raging and despairing and the city’s got you down. When you know the future, and you’re upset with it before it has even arrived, you might dream solutions that are not solutions, you might push past reason, past taste. If you’re a hopeful sort, and you’re not careful, Chicago can make an idiot out of you.