Players Should Have Come Out Swinging In July 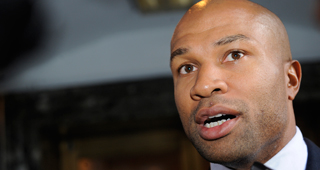 The NFLPA decertified the day before the NFL lockout began. By the time the NFL owners locked them out, the players had already filed a class action suit against the league and asked for an injunction to end the lockout.

The NBPA, in contrast, did not begin seriously considering decertification until five months in, well past the point where it would be an effective bargaining tool. The NFL players needed nearly two months to win the initial round of legal wrangling; the NBA won’t have a season if they are still negotiating in January.

Without the threat of decertification and the anti-trust suits that would follow, the only leverage the players had was how willing they were to lose a season by refusing to accept a deal. But losing the first few months of the season meant virtually nothing to the owners, while the 1999 lockout showed how much it meant to the players.

Now, after two days of marathon negotiation sessions, David Stern gave the owners’ “final proposal” to the players late Thursday night. Neither Billy Hunter nor Derek Fisher sounded terribly pleased by it, but they should have known it was the best offer they were going to get.

By forgoing decertification, the players signaled they wanted a swift compromise. The owners, in turn, pushed the “Overton Window” as far to their side as possible so that any compromise would be on extremely owner-friendly ground. There’s no way they thought they could get a hard cap and a 47/53 split without losing a season.

So while the owners were demanding everything under the sun, the players were intimating that the one thing they would be willing to lose a season for would be preserving the luxury tax system. The owners have now offered the players a deal with the one concession they absolutely wanted and taken everything else, daring them not to accept it.

These are not the hills the players can die on.

Fisher and Hunter cannot go back to their union, the majority of whom have careers spanning 4.7 years in length, and ask them to sacrifice money they will never get back for a percentage on a future revenue split. If there is no season, and the draft classes of 2011 and 2012 enter the league at the same time, the NBA careers of at least 80 of Fisher’s constituents careers will be over.

As Bill Guerin, one of the hockey player’s main hardliners in the lockout that cost them the 2004-05 NHL season, advised the NBA players: “The only thing you can die in the battlefield for in something like this is guaranteed contracts; everything else is nickel-and-dime stuff and it’s not worth it.”

Throughout, the players’ main concern has been the luxury tax and how punitive it would be. The stronger the tax, the less incentive teams have to go over it. In theory, a strong enough tax would be a salary cap in all but name, and if no teams were willing to go above that line, it would drive down the bidding, and eventually the guarantees, of the NBA’s role-playing veterans.

However, with the owners lessening the penalties teams that regularly exceed the tax can receive, a well-capitalized NBA franchise will either be extremely well-managed or go over the luxury tax. If poorly-run teams like Michael Jordan’s Bobcats or Robert Sarver’s Suns cannot afford to become taxpayers, they are not going to be able to attract free agents. More importantly, they will not be able to retain the star players they already have.

When LeBron James and Chris Bosh signed for less money to play for the Heat, it was a clear message to owners throughout the league. They could not depend on loyalty or money to keep this generation of players in town; they had to provide them with a team capable of competing for a championship, which in turn meant absorbing as much salary as possible by using every possible loophole in the CBA.

Neither Cleveland nor Orlando are traditionally big-market teams. Yet both were near the top of the league in spending the last few years. The Cavaliers absorbed $32 million in front-court salary in 2009; the Magic ate Gilbert Arenas’ mind-boggling contract at last year’s trade deadline.

Why? Because both were deathly afraid of their superstars leaving in free agency.

Next summer, New Jersey’s main pitch to Deron Williams will be Mikhail Prokhorov’s willingness to spend, while Chris Paul is unlikely to re-sign with a New Orleans team that is a ward of the league and unable to add payroll.

The league’s elite players are simply worth too much for teams to let them leave over luxury tax penalties in the tens of millions. After LeBron’s departure, the value of the Cavaliers dropped by almost $100 million.

Meanwhile, from LeBron’s perspective, the difference between a $15 million max salary in Miami and a $20 million one in Cleveland is meaningless. He makes more money selling shoes than he does playing basketball; by capping his salary so far below his market value, the owners have effectively turned NBA stardom into a loss-leader for LeBron. When he takes in less money to play on a better team, he more than makes up in advertisements.

The players orchestrated their entire lockout strategy around preserving the incentives that forced teams to spend in the old CBA. Now that they have an offer with those in hand, how can they not take it?

There’s certainly a case to be made that they deserve a better deal than the one they are getting, but they were more focused on getting a deal done than making that case. They might learn from their mistake by changing their strategy in the next CBA negotiations, but it’s too late to do anything about it now.

When the lockout began, the NBPA could have followed the NFLPA’s lead and come out swinging. They choose not to and now they have to live with the consequences.