Are Transfers Out Of Control? 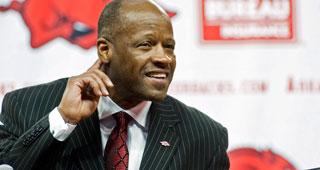 A few years ago I read how D1 programs were firing their head coaches at an alarming rate. In response, I wrote this piece which showed that coaching turnover has always been rampant at all levels of D1.

A few days ago John Gasaway emailed me and asked me a similar question about transfers. The perception seems to be that players today are much more impatient and much more likely to change programs. John wanted to know if this was really true or whether this perception was simply a product of the increased information at our fingertips.

It certainly seems like there are a large number of transfers. So far this year I have 432 players who have left their schools with eligibility left. 432 is larger than the number on Jeff Goodman’s summer transfer list, but remember that Goodman had a separate mid-year transfer list and there were a few mid-year transfers that occurred after his December list was revealed.

But it turns out that 432 is not a particular large or a particularly stunning number. Last year I hand-coded all the D1 rosters in order to predict the season for ESPN the magazine. And based on my hand-coding, 814 players left D1 programs with eligibility left. Part of the problem is that Goodman’s list does a fantastic job picking up players transferring out of high level programs, but getting information on players transferring out of small conferences can be virtually impossible. Thus for comparison purposes, it is probably more interesting to examine whether there are more players transferring out of major programs than has occurred in the past. For simplicity, I decided to pull out the 75 programs that will compete in the Power Six leagues next year and see how their transfer patterns have looked historically:

I don’t believe that 2012 will be a historically low year for transfers. Instead, these numbers suggest to me that we don’t have the final number for 2012 yet. There will be more transfers throughout the summer. Many of these will happen for academic reasons or because of players doing foolish things (getting arrested), but I am confident that there will be more than 113 players leaving the Power Six conference teams by the time the summer is over.

On the other hand, keep in mind that only eight of the Power Six schools changed head coaches this year, the lowest rate of Power 6 coaching changes since 2009. And with so little coaching turnover, 2012 may well turn out to be more like 2009.

But if you wanted a true list of transfers, you would almost certainly have to remove a few players from my historical table. For example, what do we make of Jai Lucas? Lucas played three years of college basketball. While he was a mid-semester transfer, he didn’t play basketball at all in 2008-09. Unless there is some weird NCAA rule I don’t understand (seems likely), I view Lucas as a player who left with eligibility left and he appears in the above table. Of course no one really thought Lucas was going to graduate from Texas and use the graduate school transfer rule last summer. At that point he had decided to play overseas. So I can understand arguments for excluding him. If you want to try to remove the Jai Lucas type players and produce a more accurate historical list of transfers, I am happy to share my data. Simply send me an email DLHanner@gmail.com.