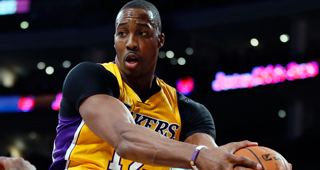 Dwight Howard has a decision to make, the biggest he’s faced since deciding to enter the 2004 NBA Draft straight out of high school. An unrestricted free agent for the first time in his nine-year career, Howard will have to choose the franchise that best positions him to grow as a player and compete for championships. His future home, however, isn’t the only choice he’ll need to make this summer.

The time has come for Howard to decide whether he wants to be an all-time great player, or just a player that was good for his time.

We’ve seen glimpses of both.

At times Howard has been the league’s best two-way player, impacting the game in a way that few players can. Then there are the times where he looks limited offensively, easily frustrated and overly emotional to the officiating and evaluations of his game. It’s a hurdle that he must clear before he can consistently lead a franchise into the future.

Howard has no peer in the league. There isn’t another center with his physical gifts or potential. Most people look at Howard and expect him to be dominant like Shaquille O’Neal or as impactful as the league’s other stars. Howard should be the chief rivals of LeBron James and Kevin Durant en route to the NBA Finals, but he’s not. There’s still a lot of work for Howard to reach his potential. It’s within his reach to be one of the most dominant, imposing and successful players in the league, anyone can see the potential. Getting there will require a lot self-inventory, maturity and hard work. The results of that work come down to how badly he wants to be great, the rest will take care of itself.

Choosing where to spend the next phase of his career is a huge step in the process. Vowing to make a decision that makes him happy, Howard has an opportunity to get things back on track by showing growth in an area that he has a few struggles – decision making.

There are many that believe staying with the Lakers is the key to Howard reaching his potential, which is ridiculous. Wearing the uniform of the Lakers isn’t a prerequisite to greatness. Being great isn’t exclusive to a city or team, especially the Lakers, even though certain teams have enjoyed more success than others. Players, and the right coaches, make franchises great. They generate interest, produce a quality product and excite their fans. Truth be told, staying with the Lakers doesn’t guarantee Howard anything other than an extra year and about $30 million.

The 27-year-old center can’t allow the nostalgia or media pressure to dictate his decision. This contract is his most important and will position him to compete with James, Durant and the other talented teams around the NBA for years to come. He doesn’t have time to wait for a team to find pieces. He doesn’t have time to wait for a coach to adjust his system and learn to coach defense. Howard has even less time to risk his future on the chance that an organization can find him a co-star that’s good enough to compete and young enough to grow with.

Those things, however, are specific to a team and solely their responsibility to fix before recruiting a player; Howard’s responsibility is now to himself.

He can make any choice he wants and there isn’t a wrong choice so long as he’s happy with the decision he makes. But the next step in his progression is non-negotiable. Howard can’t come back for the 2013-14 season as the same player. To his defense, the injuries had a great impact on his game. But the growth of individual skills will always compensate the loss of athletic ability. Happiness will provide the extra patience needed to deal with unfavorable officiating. The lessons learned over the past two seasons must be on display for the world to see.

Where Howard plays doesn’t matter, but it’s time for him to take the next step and be the player that many of us know he should be.