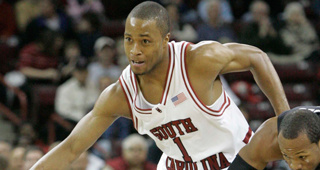 As a promising athlete out of a self-destructing area in Washington, D.C., Tre Kelley saw friend after friend fall victim to violence, fall into the disaster everyone expected from them. At 11, Kelley picked up the phone to the news that his mother had been murdered cold – the most significant tragedy among a long list of friends in jail, critical condition or deceased.

Just this year, 28 now, Kelley became numb to the fact his father passed away, and all these events lead him to ponder questions about his life. Looking back, he wonders: How did I make it out of Northeast Washington, D.C., out of a growing line of deaths there, and into professional basketball with the NBA D-League’s Austin Toros now? He left physically unscathed, but he desperately wanted a story to take home about how he persevered through the shattered lives of his close ones.

“For me to still be here, it’s a great blessing,” Kelley said by phone. “For me to be fairly young and still have an opportunity to achieve my goals, it says a lot. Anything that goes on in life – the failures, people losing jobs – you just can’t compare to losing your mom, losing your dad and losing friends in the street. You can’t compare losing games to those things.

“Nothing compares to getting those calls, hearing those words from my family members when I found out that I lost my mom, lost my dad. It all allows me to drive myself and make a great story out of this. It really drives me.

“Where I come from, people just don’t make it out of there, man. It’s a rough, rough place. You just don’t get a chance of making it out, and I’ve heard so many bad tales about people who had a chance to go to college on a scholarship, and they throw it all away.”

Once the Memphis Grizzlies waived him in the 2010 training camp, Kelley played parts of two seasons overseas where he starred in Europe, and where he scored two 50-point performances in China. Through it all, his sights remained on finding a way back into the NBA, so he decided to return to the Development League with Austin.

Kelley was a consistent, sure scorer in his collegiate career at South Carolina, but he’s grown as a passer averaging his most assists as a pro so far this season. Within an Austin organization well run by the San Antonio Spurs, Kelley has nurturing coaches, a stable system, and he knows this made him a viable NBA hopeful last season.

In Kelley’s mind, this new season represents another chance toward a call up, another reason to prove himself for his rugged old neighborhood.

“I’m really confident in getting called up, because I feel I’ve worked really hard,” Kelley told RealGM. “I’m really focusing on keeping my body in shape, keeping my game sharp. The Toros are a great organization, and I really appreciate the Spurs and Austin. I want to stand out every game, whether it’s points or assists or defense, and I think that’s what you have to do in the D-League.

“There’s no basketball like the NBA in my eyes. From the practices to the games, the margin of error it has compared to other leagues, no league can compare to the NBA. It showed me how professional basketball is. Any time you get a chance to play basketball at the highest level – even in training camp – it helps you.

“I’ve played overseas, played in the D-League, and basketball is just not the same as the NBA.”

For Kelley, teammates and coaches in his brief NBA time had taught him lessons he still implements now, a know-how of techniques to take care of the body, a clearer grasp about the intricacies of running a pro offense. Lionel Hollins had a lasting impact on Kelley, stiffening the six-foot guard’s mindset.

“The guys in Memphis, the way they work, the way they prepare for games and help their bodies recover after the games, that was my best experience,” Kelley said. “After I left there, they went to the Western Conference semifinals and they’ve been a great team ever since.

“Just seeing the work that those guys put in, I definitely learned a tremendous amount from those guys. Especially when you’re trying to make it back to the NBA, I learned exactly how the game is played from them, from coach Hollins.”

From the death of his parents to close friends getting lost on the D.C. streets, Kelley understands those NBA cuts from Memphis and Oklahoma City – as well as Miami in 2007 and 2008 – are such distant, minor disappointments for him. Instead, he remembers grasping that basketball scholarship to the University of South Carolina, in a way he saw people squander. Through every traumatizing event, Tre Kelley’s still chasing a life that so many around him couldn’t.