The Oklahoma City Thunder have agreed to sign Donte Grantham to a Two-Way contract.

Grantham will replace Tyler Davis on a Two-Way deal.

Grantham went undrafted out of Clemson in 2018.

Davis appeared in one game with the Thunder.

The Chicago Bulls have signed guard Brandon Sampson to a Two-Way contract. In accordance with team policy, terms of the contract were not disclosed. In a preceding move, the Bulls waived Two-Way player Tyler Ulis.

The 2018 event also featured 25 players from seven NBA Academies in China, India, Mexico City, Senegal and Australia. It was the first time that NBA Academies participated in the showcase. 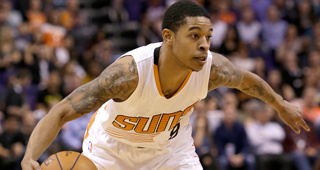 Ulis will be out indefinitely.

The Chicago Bulls waived Ulis from his Two-Way contract.

The Chicago Bulls have agreed to sign Brandon Sampson to a two-way contract.

Sampson is currently playing for the Windy City Bulls.

The Bulls will waive Tyler Ulis. 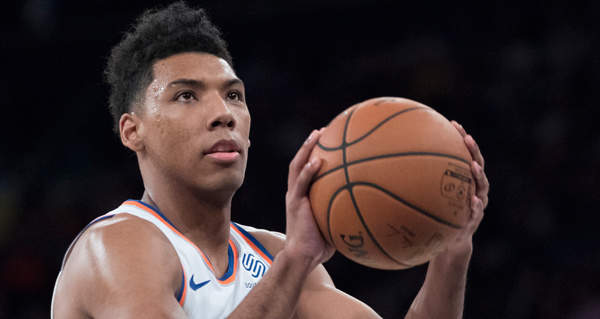 The New York Knicks have agreed to sign Allonzo Trier to a two-year deal.

Trier was on a two-way contract with the Knicks.

The Knicks are expected to waive Ron Baker to create a roster spot for Trier. 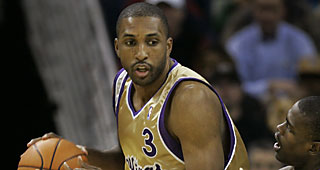 NBA Vice President of Basketball Operations and former NBA All-Star Shareef Abdur-Rahim has been named President of the NBA G League, it was announced today by NBA Deputy Commissioner and Chief Operating Officer Mark Tatum. Abdur-Rahim will replace Malcolm Turner, who will step down Jan. 11, 2019, to become the Athletics Director at Vanderbilt University.

In his new role, Abdur-Rahim will be responsible for all aspects of the NBA G League’s business and basketball operations, including the implementation of the newly formed professional path, ongoing testing of experimental rules and league-wide expansion efforts.

“Shareef’s unique experiences as a player, team executive and member of the NBA’s Basketball Operations department make him a fantastic fit to be the next President of the NBA G League,” said Tatum. “He is well-prepared to build on the tremendous progress that the NBA G League has made under Malcolm, who deftly oversaw a pivotal period of expansion and transition. We thank Malcolm for his lasting contributions to the NBA and the NBA G League and wish him the best at Vanderbilt.”

Abdur-Rahim, who turned 42 today, previously worked five years with the Sacramento Kings, serving as an assistant general manager and assistant coach as well as spending the 2013-14 season as general manager of the NBA G League’s Reno Bighorns (now known as the Stockton Kings). Abdur-Rahim earned a bachelor’s degree from the University of California at Berkeley and an MBA from the University of Southern California Marshall School of Business.

Chris Boucher has been named the G League Player of the Month for November.