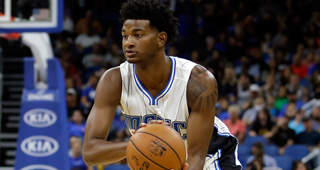 The Indiana Pacers have signed C.J. Wilcox to a two-way contract.

Wilcox was originally selected by the Los Angeles Clippers with the 28th pick in the 2014 NBA Draft. He signed a two-way contract with the Portland Trail Blazers during the 2017-18 season, and averaged 10.4 points per game while shooting 45.1 percent from the field for the Santa Cruz Warriors in the NBA G League. Wilcox last appeared in the NBA with the Orlando Magic during the 2016-17 season and has averaged 2.0 points per game over three NBA seasons with the Clippers and Magic.

Wilcox appeared in all five games for the Pacers’ Summer League team in Las Vegas in July. He averaged 9.2 points and 1.4 rebounds per game while shooting 56 percent from the field and 58.8 percent from three-point range.