The Detroit Pistons will launch a D-League team in Grand Rapids with the Springfield Armor relocating.

The team was purchased by an undisclosed local ownership group, and has received league approval, sources said.

“Hybrid” partnership, one of two ownership options followed by the NBA D-League, allows local ownership to control day-to-day and business operations while the parent club controls basketball operations. The other is exclusive ownership by the parent NBA club. 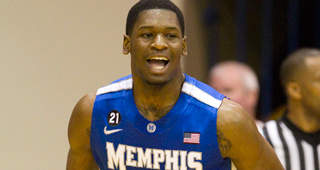 The Philadelphia 76ers have signed Adonis Thomas to a 10-day contract.

Thomas has had two 10-day stints with the Orlando Magic this season.