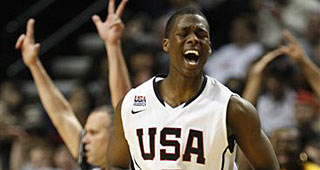 "We are very pleased to be able to return the Nike Hoop Summit in 2011 and 2012 to Portland and the Rose Garden," said Jim Tooley, USA Basketball Executive Director/CEO. "Portland has been a fantastic home for the Nike Hoop Summit the past three years, and we hope to build on the game's popularity moving forward. This game, while featuring the world's top young basketball talents, has proven to be incredibly competitive and exciting every year. We hope the Portland community will continue to demonstrate its love of basketball by coming out to Nike Hoop Summit and watching the future stars of the NCAA and NBA." 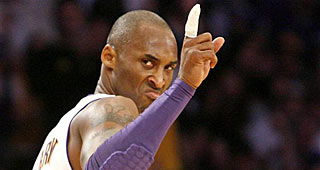 Lower Merion High in Pennsylvania named their gymnasium after Kobe Bryant in a Thursday dedication ceremony.

"He's someone that doesn't like to come back to a lot of fanfare," said school district spokesman Doug Young. "This was a chance for us to honor his contributions."