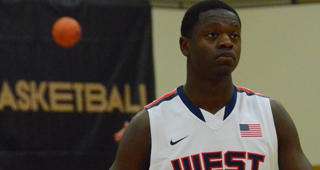 Julius Randle offered an answer that could hint at his eventual college destination when he was told he could pick any player to join him at the Division I level.

“I guess…you know a point guard is pretty important, so I like Andrew, Andrew Harrison,” Randle said.

Andrew Harrison and his twin brother, Aaron, both top five players in the class of 2013, committed to Kentucky in October.

Tyus Jones played three games with back spasms and was forced to sit out a fourth as his high school team, Apple Valley of Minnesota, rallied for a 73-64 victory on Wednesday.

"I don't know when he will be back," Apple Valley coach Zach Goring said. "I'm not going to bring him back now until he's 100 percent healthy."

Jones, the nation's top-ranked recruit in the class of 2014, hasn't practiced since Dec. 11.

"It's [gradually] been getting worse," Goring said. "We need to get him back to normal, and decided let's just rest him now."

Despite his back issues, Jones averaged 29.7 points in Apple Valley's first three games.

"He has been doing everything he can to take care of it," Goring said. "He has been putting heat on his back, icing it, stretching and going to the chiropractor." 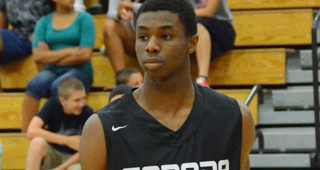 Amid taunts of “overrated” and “U-S-A” from the opposing student section, the Canadian scored nine points to ignite a 14-3 run to close the first half.

“That motivates me to play better and that’s what happened,” Wiggins said. “As soon as they started talking, that’s when I started playing better — hitting my shots and everything. Them getting involved was bad for their team.”

Wiggins was the only double-figure scorer for Huntington, which improved to 11-0 on the season. 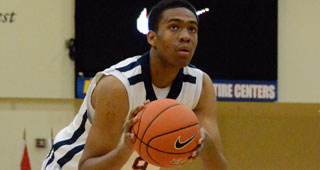 The game was televised nationally on ESPN.

"We've got a long ways to go," Parker said. "I just came off an injury, and it's going to be a long time. Physically, I'm almost there, but my body's not doing things I want it to."

Simeon was ranked No. 1 in the nation by various polls.

Duke's Mike Krzyzewski and Michigan State's Tom Izzo were among the many college coaches in attendance. 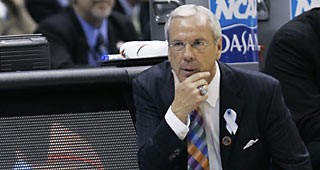 "We're in exam period right now, so we didn't practice today at all and Monday and Tuesday, we had very little workout, so I'm trying to get out and see quite a bit this week," Williams said.

Presumably, Williams was there to watch Andrew Wiggins and Montaque Gill-Caesar.

"Williams is not only here for Andrew. He's here for Tekhi (Gill-Caesar), too," Huntington coach Rob Fulford said. "Tekhi is top 15 in the country in his class and those schools are obviously going to recruit him. I challenged him a little bit and he competed a little bit more and got out in transition."

The 6-foot-5 Gill-Caesar, a 2015 prospect, finished with 21 points and 10 rebounds in the win over Charleston. 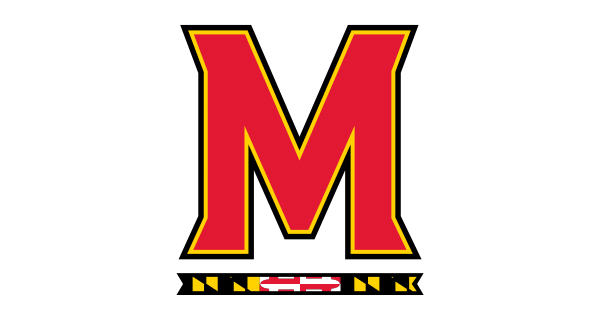 Melo Trimble, a top-60 rated class of 2014 prospect, committed to Maryland on Thursday.

“I’ve been watching Maryland most of my life,” said Trimble. “Of course [I remember] when they won [the national] championship with Juan Dixon and Steve Blake. … I always watched them as a kid. I heard about Len Bias and the other players. … When I went to games [at Comcast Center], it gave me chills and I wasn’t even playing. I could just imagine myself playing in the arena. … [I was just] waiting for that offer.”

The 6-foot-2 Trimble recently shifted to point guard and is averaging 18 points, eight rebounds and seven assists this season.

“They told me I’m going to play the 1 and 2,” Trimble said. “One of my good friends, Roddy Peters, is going there. We’re very interchangeable. And so is Seth Allen. They think all three of us can play together.” 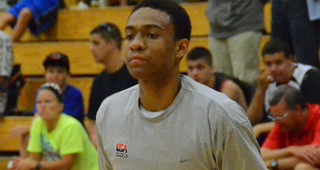 “He mentioned that he wanted to do it that day,” Sonny Parker, Jabari’s father, confirmed to SNY.tv by phone after the news was first reported by Joe Henrickson of City/Suburban Hoop Report. “They play Monday, Wednesday and Friday so Thursday is a good day for him to make his announcement.”

Sonny said his son had visited every school officially except Stanford “but he visited them twice unofficially.”

Sonny also said he believes his son has made the decision but hasn't told anyone.

Duke and Michigan State are widely considered the favorites to sign Parker.

Parker is the No. 2 prospect in the class behind Andrew Wiggins.

Peters, who originally dislocated his shoulder over the summer playing on the AAU circuit, will play five more games for the Suitland High (MD) Rams before undergoing the correcive procedure.

“Just thinking about all my family who never got to see me play, and also my friends,” Peters wrote of his decision to play through the injury. “I (never) want to stop playing basketball so I want to play until I can’t anymore.”

Peters is expected to be sidelined until June.

Jabari Parker has narrowed his list of college choices down to BYU, Duke, Florida, Michigan State and Stanford.

Five out of six recruiting experts with ESPN predict that Parker will eventually choose Duke. The sixth expert predicts Michigan State citing its proximity to his hometown of Chicago.

Parker is the No. 2 rated prospect in the class of 2013 behind Andrew Wiggins.

Andrew Wiggins and Jabari Parker are the two top college recruits for the 2013 class.

In terms of their NBA potential, Chad Ford writes that Wiggins is thought of more highly than Parker.

Wiggins has yet to make his college decision.