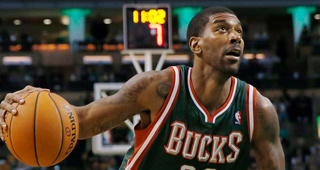 O.J. Mayo will continue his basketball career outside of the United States for a third straight year. Mayo has signed with BC UNICS in Kazan, Russia.

Mayo hasn't played in the NBA since the 2015-16 season with the Milwaukee Bucks. Following that season, Mayo was suspended for two seasons due to violating the NBA's substance abuse policy.

BC UNICS also agreed to terms with Jarrell Brantley. Brantley spent the last two seasons with the Utah Jazz on Two-Way contract. In 37 NBA games, Brantley averaged 2.4 points and 1.3 rebounds in 6.3 minutes per game.

Brantley was recently waived by Utah, after he had previously signed the team's qualifying offer. Brantley agreed to amend his contract to remove a small guaranteed amount, in order to sign with BC UNICS.