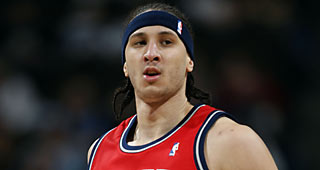 Boone, a former first round pick of the New Jersey Net, will be available when Melbourne plays Brisbane in an open-roof encounter on December 26.  He replaces Olympian David Andersen and import Devin Williams, who both recently went down with knee injuries and both of whom will miss 3-6 weeks.

Boone has most recently spent time in Europe playing in Estonia and Turkey where he won the Estonian Cup with BC Kalev/Cramo Tallinn and was awarded MVP of the Cup Finals.

Cameron Bairstow will miss the rest of the NBL season after scans revealed an anterior cruciate ligament injury to his left knee.

Bairstow, who competed for Australia at the Rio Olympics, suffered the injury during overtime in Brisbane’s 91-85 home loss to the Illawarra Hawks on Monday night.

Bairstow was the 49th pick in the 2014 NBA Draft out of New Mexico and played two seasons for the Chicago Bulls.

Bairstow has remained on the radar of NBA teams following his release by the Detroit Pistons in the 2016 offseason.