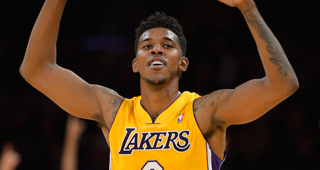 Nick Young is signing a contract with the Zhejiang Lions of the Chinese Basketball Association.

Young won a championship with the Golden State Warriors in 2018.

Nahziah Carter is close to an agreement with Melbourne United as part of the NBL's Next Stars program, sources told ESPN.

Carter recently announced that he would be leaving the University of Washington to pursue a pro career.

Carter was suspended in October for violating the Intercollegiate Athletics Code of Conduct.

Deividas Sirvydis has agreed to a three-year contract with the Detroit Pistons.

Sirvydis averaged 5.8 points and 2.7 rebounds in 16.7 minutes per game last season with Lietuvos Rytas. Sirvydis has been playing for Hapoel Jerusalem this season.