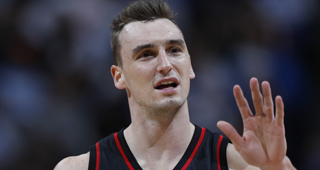 Sam Dekker is expected to sign with Bahcesehir in Turkey. Dekker was waived by the Toronto Raptors in early-November before his contract triggered additional guaranteed salary.

Dekker made the Raptors roster after signing a partially-guaranteed deal for training camp. Dekker saw action in just one 2021-22 regular season game.

The Wisconsin product made his return to the NBA after playing overseas for two seasons. Dekker spent 2019-20 with Lokomotiv Kuban in Russia. He then played for Turk Telekom in Turkey during the 2020-21 season.