Change news category?
Ginobili Will Not Play For Argentina At 2013 FIBA Championship 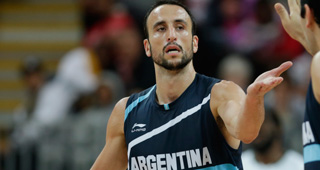 Manu Ginobili will not play for his native Argentina at the 2013 FIBA Americas Championship in Caracas, Venezuela.

"Manu will not play in 2013," Argentina coach Julio Lamas said. "He told me. So I think we should leave him alone. I have to worry about those who go."

Lamas did not meet up with Ginobili.

"It's not that I do not follow him because I see him play (on television) all the time," Lamas said. "But again, I have to assemble the team of Caracas."