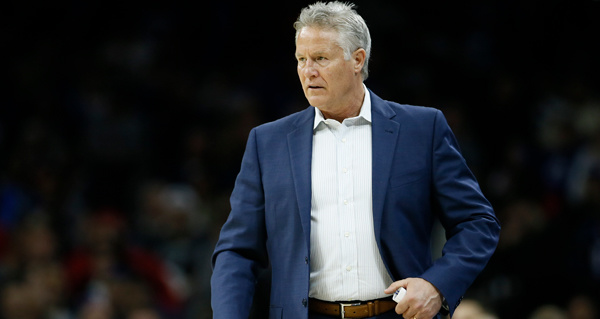 Brett Brown has stepped down as head coach of the Australian national team.

Brown was hired to coach the team for the Tokyo Olympics last November.

"It is important for me to give Basketball Australia, the Coach, and players, the necessary time for a full and thorough Olympic Games preparation in the event that the Games do proceed.

“This was a difficult decision which did not come easy. My past experiences with the current Boomer players are among my most memorable as a coach. To coach the Boomers was a privilege and an honour. I will work closely with Basketball Australia in any way that I can to ensure a smooth and successful transition,” concluded Brown.

Adam Silver said that it would be unlikely that the NBA season would stop for the 2021 Olympics should the league have to delay the start of next season.

"We'll consider it. I think it's unlikely, at the end of the day, that, if we start late, we would stop for the Olympics. Because, as you know, it's not just a function of stopping for the period in which they are competing over in Tokyo. But they require training camp, and then they require rest afterwards," said Silver.

The next NBA season is reportedly unlikely to start before January, at the earliest.

The Olympics are scheduled for July 23rd through August 8th.

"There are so many incredible players, beginning with the USA team, we'll be able to field a very competitive team. I am a bit worried about some of the international teams, because, as you know, some of their stars play in our league, and their absence would make a huge difference for those national teams," added Silver.