The Phoenix Suns have confirmed they are moving forward with an unspecific number of layoffs.

"We've been working on restructuring a number of departments since early this year," Suns Chief Marketing and Communications Officer, Dean Stoyer, told The Republic, in confirming the layoffs. "We found that some of the roles were redundant, some roles were outdated and there were some roles impacted for performance reasons."

The site sports360az.com reported that 30 employees were laid off.

The Suns have also sold their G League team and have parted ways with assistant coaches Steve Blake and Larry Greer.

Stoyer separately told Sports Business Daily that COVID-19 "was not a factor" in the cuts.

The New York Knicks are expected to strongly consider hiring Ed Pinckney as an assistant coach on Tom Thibodeau's staff.

Pinckney spent five seasons with Thibodeau in Chicago before joining him briefly in Minnesota. Pinckney was let go by the Wolves after the 2018-19 season months after Thibodeau was fired.

The doubleheader scored an average minute audience of 2.9 million viewers across TNT and TV Everywhere platforms, an increase of 109 percent over the average viewership for an NBA game this season (1.4 million viewers).

The Clippers/Lakers game telecast peaked with an average of 4.1 million total viewers from 9:45-10 p.m. ET.

Additionally, TNT’s Inside the NBA garnered its best viewership since the opening week of the 2018-19 NBA season, with an average of 1.3 million viewers. Thursday’s Inside the NBA is up 101 percent when compared with the show’s average telecast earlier this year.

Jonathan Isaac chose to stand for the national anthem and also didn't wear a Black Lives Matter shirt unlike the rest of the Orlando Magic.

Isaac is well-known as one of the NBA's most openly religious players.

Isaac was asked if he believed that Black lives matter.

"Absolutely," Isaac said. "I believe that Black lives matter. A lot went into my decision and part of it is my thought that kneeling while wearing a Black Lives Matter T-shirt don't go hand in hand with supporting Black lives. And so I felt like, just me personally and what it is that I believe in, standing on a stance that I do believe that Black lives matter, but I just felt like it was a decision that I had to make and I didn't feel like putting that shirt on went hand in hand with supporting Black lives."

Isaac discussed his faith several times while describing why he made his decision.

"I feel like the Bible tells us we all fall short of God's glory and at the end of the day whoever will humble themselves and seek God and repent of their sins that we could see it in a different light -- see our mistakes and people's mistakes in a different light, see people's evil in a different light. And that it would help bring us closer together and get past anything that's on the surface that doesn't really deal with the hearts of men and women."

Isaac spoke to his teammates in a team meeting prior to Friday's game. 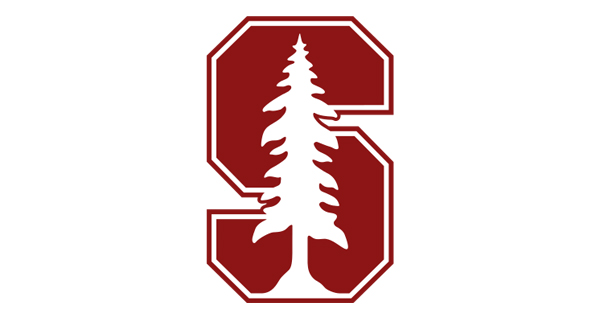 Tyrell Terry will keep his name in the 2020 NBA draft and leave Stanford after his freshman season.

"After talking with those closest to me and careful consideration, I came to the conclusion that taking this next step is something that I'm ready for," Terry said. "I'm confident in my game and ready to compete at the highest level, against the best players in the world, and to learn from the best coaches in the world. I still plan on continuing my education and getting my degree from Stanford. But for now, I'm ready for this challenge."

"It was a difficult decision for me considering the circumstances the world is going through right now," Terry said. "No one knows what the future holds with this global pandemic. But seeing how well the NBA has handled everything from the start, and with the bubble going well so far, that gave me confidence in my decision to put my trust in Adam Silver and the NBA leadership."

The Sacramento Kings had a player test with an inconclusive result for COVID-19 on Wednesday, but he tested negative on Thursday and Friday.

The player had been quarantined following his inconclusive test, but will be cleared to play in Friday's game against the San Antonio Spurs.

Teams have feared that inconclusive or false positive tests could play a role in seeding games or the playoffs since players have to get two negative tests over a 48 hour period to gain clearance for a return.

Some published studies have shown that every 5 of 1,000 tests for the coronavirus in the United States can come back as inconclusive.

Don’t forget! Nate and Danny will be broadcasting 2 games on NBA League Pass in the bubble, Magic/Nets at 2:30 ET on Friday and Sixers/Spurs at 8 ET on Monday. If you don't have league pass, here's a link to buy the single game.

We are back to basketball with 2 fantastic games.  Lakers/Clippers went down to the wire, we break down how the Lakers pulled it out and also how the important players looked as we look ahead to a potential playoff matchup.

New Orleans/Utah was a huge game for both teams’ playoff chances; how does the Jazz win change things and why were the Jazz able to come back from 18 down?

Rudy Gobert expressed his relief after scoring go-ahead free throws in the Utah Jazz's 106-104 win over the New Orleans Pelicans.

"Just grateful to be able to do what I love to do. After everything that I've personally and everything the world is going through right now, to be able to keep inspiring millions of kids around the world and keep spreading positivity is just a blessing," said Gobert, who finished the game with 14 points and 12 rebounds.

Donovan Mitchell, who made the pass that lead to Gobert's free throws, said that the two players put their previous friction behind them.

"It's just me trusting him and him trusting me. That's really what it is. ... He had the first two points, and for that [play] to end it, it should kind of seal everything as far as talking about all that extra stuff," said Mitchell.

Quin Snyder added that Mitchell and Gobert used the time away from the game to improve their communication.

"We've moved on, and we've talked about using this entire experience to get better, and I think those two guys have done that."

Share Tweet Discuss Feedback
Alvin Gentry On Zion Williamson Minutes Restriction: 'We Used The Minutes That Were Given To Us'

Alvin Gentry said that Zion Williamson's minutes restriction kept him off the court during the final minutes of the New Orleans Pelicans' 106-104 loss to the Utah Jazz.

Williamson, who was limited to 15 minutes, left the game for good with 7:19 remaining in the fourth quarter and the Pelicans up four points.

"Of course we wish we could've played him down the stretch, but we used the minutes that were given to us and that's the way it is ... the medical people said we played them in the minutes that were allowed for us to play him, and just move on ... I thought he had some good moments, and obviously we're a much better and different team when he's out on the floor," said Gentry after the game.

Williamson, who finished with 13 points, admitted that he still had to regain his rhythm after leaving quarantine on Tuesday.

"Honestly, I don't know how long it'll take. I guess maybe a couple games," said Williamson after the game. 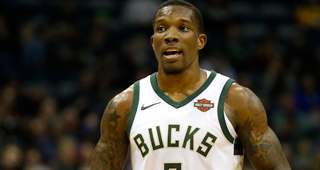 Eric Bledsoe and Pat Connaughton will miss the Milwaukee Bucks game on Friday against the Boston Celtics.

Mike Budenholzer said that both players were still working on their conditioning following positive COVID-19 tests.

"Everybody else is getting ready to play in a live game and have had 10 to 12 to 14 days of probably 5-on-5 every other day and individual work and all that ... They just need to play, so I think that's a big hurdle, and with playing will come both conditioning and their rhythm, so we're going to make sure they get some of that before we put them in an NBA game," said Budenholzer.

Bledsoe and Connaughton, who both missed all three scrimmages, participated in a Thursday practice.

NBA Won't Discipline Any Players, Staff Who Protest During Anthem

TNT Sells Out All Commercials For Remainder Of Regular Season

Knicks To Hire Mike Woodson In Yet To Be Determined Capacity

AJ Lawson Withdraws From Draft, Will Return To South Carolina

Former NBA Employee: You Can't Have It Both Ways With Progressivism, China

Sources Split On Whether G League Will Play 20-21 Season