The Pelicans roster now stands at 17.

David Griffin will be reevaluated in two weeks for his broken foot and there is no timetable for his return.

Williamson will not play in at least the first week of games as he continues to heal.

Williamson's offseason surgery was revealed at the start of training camp. 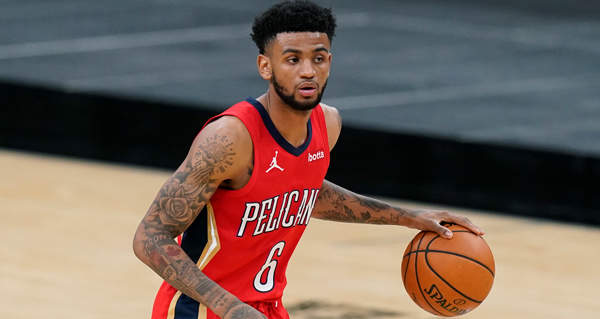 Hayes has appeared in 124 contests (17 starts) in his first two professional seasons, averaging 7.4 points and 4.2 rebounds in 16.5 minutes per game while shooting .647 from the field.

Williamson has posted averages of 25.7 points, 7.0 rebounds, and 3.2 assists, while shooting .604 from the floor, .333 from three-point range and .683 from the free throw line in 85 career appearances (all starts) with New Orleans. The 2021 All-Star selection is coming off of a sophomore season in which he averaged 27.0 points, 7.2 rebounds, and 3.7 assists in 33.2 minutes per game while shooting .611 from the floor. Williamson became the first player in NBA history to average at least 27 points on .600 shooting for an entire season.

Gabriel is the most accomplished of the three at the NBA level. Gabriel has played for the Pelicans, Sacramento Kings and Portland Trail Blazers. He was signed to a two-year contract in 2020. Gabriel's salary for 2021-22 was fully non-guaranteed.

All four players of Banks, Cheatham, Harper and Hill are expected to play with the Birmingham Squadron of the G League. 2021-22 is the first year New Orleans will have the Squadron as their singly-affiliated G League club.

Cheatham signed in late-September for a second go-around with the Pelicans. He previously played for the team during the 2019-20 season. Cheatham did not appear in any preseason games for New Orleans.

Harper was also signed in late-September. He spent the previous two seasons with the Phoenix Suns and New York Knicks on Two-Way contracts. Harper did not appear in any preseason games for the Pelicans.

Banks went undrafted out of Georgia Tech at the 2020 NBA Draft. He then played Israel during the 2020-21 season. The 6-foot-10 center played for the Cleveland Cavaliers at 2021 Las Vegas Summer League.

Hill has played professionally in the Philippines, Germany, Russia and Israel over the last five years. The 6-foot-6 wing played for the Pelicans at 2021 Las Vegas Summer League.

All four players are likely to land with New Orleans G League team, the Birmingham Squadron, as Affiliate players following the preseason.

In an interview with SiriusXM's NBA Radio, Zion Williamson emphasized his love for New Orleans. After his original statement at Media Day of his commitment to New Orleans was overshadowed by news of his offseason foot surgery, Williamson doubled down.

Williamson said, "I love it here. Anybody that knows me...they know that I love New Orleans. This is the city for me."

Following that, Williamson took to Instagram and shared the post from SiriusXM. Williamson's public commitment to the Pelicans comes after months of speculation that the former first overall pick is unhappy playing in New Orleans. 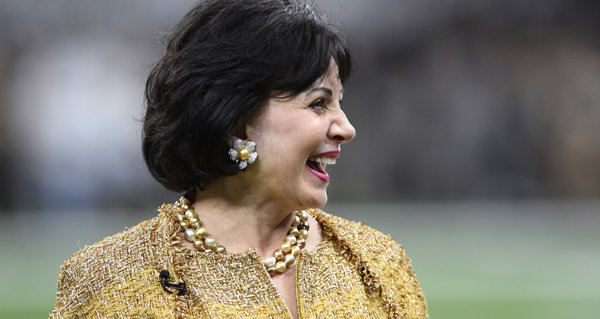 Gayle Benson insists she will not sell the New Orleans Pelicans to allow for a relocation.

Like the New Orleans Saints, there is a succession plan to sell the Pelicans after her death with the proceeds going to charities that will benefit the city.

The Pelicans sell out most games, but the no-show rate is much higher than that of the Saints, as high as 25% to 45% for some games. The Pelicans also bring in about $100 million per year less in local television broadcast rights than its large-market peers.

The Pelicans still make money due to revenue sharing plans and the NBA's national television deals with ESPN and Turner.

The Pelicans' lease expires in 24-25, which has ruled speculation of a relocation. The Pelicans have explored renovating the Smoothie King Center or building a new facility.

A June report in The Athletic from former NBA executive John Hollinger cited league sources that identified the Pelicans as “the most likely team to seek relocation in the coming decade.”

Lauscha had a blunt response to talk of moving the team.

“There’s absolutely no way — not on my watch, not on Mrs. Benson’s watch,” said Dennis Lauscha, who is president of the Pelicans and Saints. “I was born and raised in New Orleans. It tore my heart out when the Jazz left. The last thing I want is for either of these teams to leave New Orleans. It’s not going to happen.”

Lauscha said he takes calls monthly from interested buyers and has turned down offers of over $1 billion.

“There is no way, as long as I’m going to be alive, that I would sell the Pelicans,” Gayle Benson added.

Tom Benson bought the Pelicans from the NBA for $338 million and the current valuation is $135 billion. 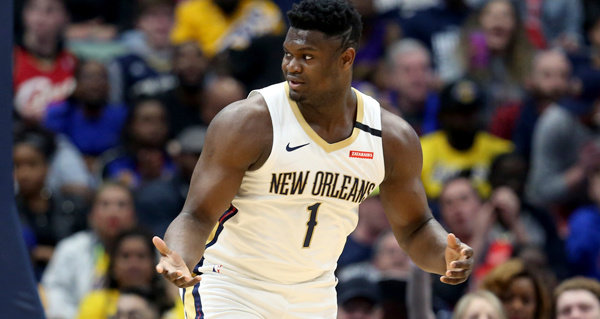 Zion Williamson was asked about his relationship with the New Orleans Pelicans and David Griffin on media day on Monday.

"That might be the best question of the day," said Williamson. "I love it here. I love the city of New Orleans. I don't want to be anywhere else."

A report last week detailed frustrations Williamson and others have had with Griffin.

"It's all love with me and Griff," said Williamson.

Zion Williamson underwent surgery for a fractured right foot in the offseason.

Williamson is expected to be ready for the start of the regular season.

Williamson and his family met with David Griffin, Trajan Langdon and Aaron Nelson to discuss a return to play.

Isaiah Thomas To Work Out For Warriors

Josh Hart Has Only One Guaranteed Season On Three-Year Deal