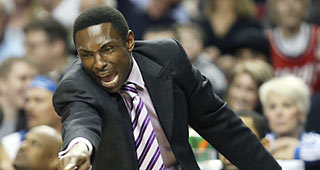 Avery Johnson and Alabama are negotiating a contract buyout.

Johnson took over the Crimson Tide in 2015, replacing Anthony Grant after six seasons. He has only been to one NCAA tournament during his four seasons.

Johnson received a two-year contract extension in 2017, keeping him under contract through 2023. He makes around $3 million per year.

Johnson's name emerged as a potential candidate for the Cleveland Cavaliers' vacancy in November after Tyronn Lue was fired.