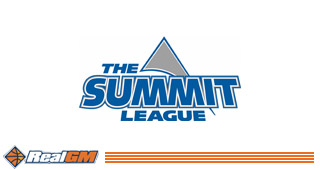 Lawrence Alexander of North Dakota State has been named the 2015 Summit League Player of the Year.