Draymond Green's second technical foul from Thursday night's game against the New York Knicks was rescinded by the league.

Second-year official John Butler thought that Green was yelling at him late in the second quarter, giving Green his second technical and ejecting him from the game.

Green, instead, was yelling at James Wiseman. 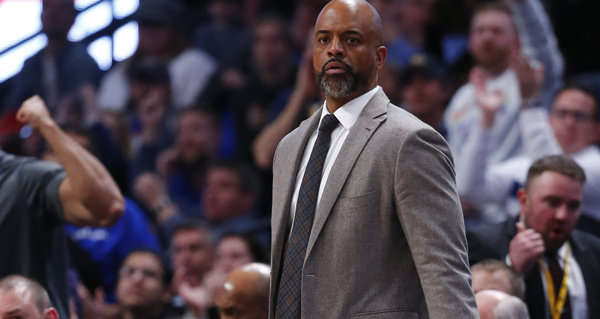 Adrian Wojnarowski expects more Black assistant coaches to get hired in the near future as first-time head coaches. There are currently only seven Black head coaches in the NBA.

"The NBA generally has had a better hiring record than the NFL has, but I don't think we take time... we don't talk as much about the assistants in the NBA as we do in the NFL," said Wojnarowski. "I think there's a group of young, and not so young, Black assistants who are going to be head coaches. I think last year's interview process, guys didn't get jobs, but I think there a few guys on the cusp.

"I would tell you that Darvin Ham in Milwaukee, who made an incredible impression with the Clippers, with Indiana.

"Jamahl Mosley in Dallas made a great impression, again in LA. Interviewed in other places.

"Wes Unseld Jr. with the Nuggets, who Mike Malone, to his credit, Mike gave Wes a lot of praise for that Nuggets' defense in the bubble. And the role he played.

"And there are others. I think we're going to see in the NBA, you're going to see some of these candidates start to break through and get jobs. We just talk about it the way we do the NFL.

"And there's others. I don't want to do just a list here. Certainly, I think those guys are among the most prominent right now who I think are really close."

"We don't talk about it enough," said Wojnarowski. "It's important in this league."

The Atlanta Hawks have guaranteed the $2.1 million salary of Solomon Hill for the remainder of the season.

Hill was on a non-guaranteed deal.

Hill has played in all 14 games while shooting 34.5 percent on three-pointers.

The Brooklyn Nets have been granted a disabled player exception worth $5.7 million for the loss of Spencer Dinwiddie.

Dinwiddie tore his ACL in December and will be out for the rest of the season.

The Nets have until April 19th to use the exception.

The Philadelphia 76ers have agreed to sign Rayjon Tucker to a Two-Way contract.

Tucker will join the Delaware Blue Coats of the G League in the Orlando bubble.

Tucker went undrafted in 2019 out of Arkansas-Little Rock and spent last season with the Wisconsin Herd and Utah Jazz. Tucker spent training camp in 2020 with the Los Angeles Clippers.

Norvell Pelle will sign with the Brooklyn Nets pending his clearance of health and safety protocols.

Pelle appeared in 24 games with the Philadelphia 76ers last season.

The Nets will still have two open roster spots. 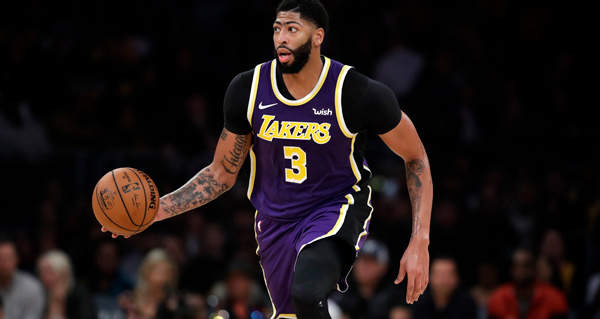 While the Los Angeles Lakers continue to demonstrate why they're considered championship favorites with a 12-4 record, Anthony Davis admits he's playing below his standards.

"Right now, to be hard on myself, man, I think I suck right now," Davis said after finishing with 18 points, 9 rebounds, 6 assists and 2 blocks in a road win at the Milwaukee Bucks. "I'm not making shots. I'm not making free throws. But I think tonight my aggressiveness, just being a [post-up threat] and getting to the paint, allowed guys to get open."

Davis tried to be more involved as a facilitator.

"My aggressiveness tonight," Davis said, "that's the only way I feel like I'm gonna get out of this funk or whatever that I'm in.

"I put a lot of pressure on myself to be a better basketball player every game, and that's what I'm gonna continue to do." 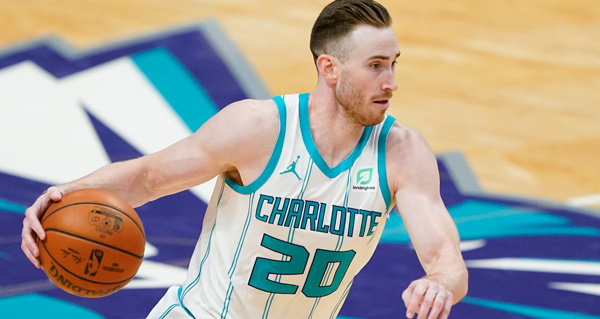 Gordon Hayward underwent a previously unreported elective surgery in early October to alleviate persistent nerve pain his left foot, according to Sam Amick of The Athletic.

Hayward's surgery was performed by Indianapolis-based Dr. David Porter, which relieved the discomfort that he played through last season and required approximately four weeks of recovery time for the incision to heal.

A source from the Charlotte Hornets told The Athletic they were aware of the procedure during free agency and were completely comfortable with Hayward's medical status.

“Imagine just having a constant burning sensation in your foot,” Bartelstein said of the condition. “It’s like having a rock in your shoe all the time. (Morton’s Neuroma) is a simple procedure they’re able to do that removes that nerve so you’re not feeling that burning sensation. It’s made a world of difference.”

Alex Len has agreed to a one-year deal with the Washington Wizards.

Len was waived this week by Toronto Raptors.

The Wizards are in need of depth in the frontcourt.

Michael Porter Jr. is questionable to return on Friday after clearing the league's health and safety protocols.

Porter has not played since December 29th.

Porter is currently averaging 19.5 points and 6.8 rebounds on the season.

NBPA Interested In Negotiating Equity Options In Next CBA

Kevin Durant On Kyrie Irving Return In Double-Overtime Loss: It 'Felt Like We Belong Together'

Killian Hayes To Miss At Least 8 More Weeks Due To Right Hip Injury, Will Not Need Surgery

Hollinger & Duncan: Would We Have Done the Harden Trade? What to do with KPJ? What Does a Scouting Database Look Like?

Surge Of Traded Picks, Pick Swaps Could Inhibit Market For Next Superstar Trade