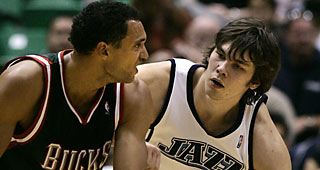 The Dallas Mavericks are back in the mix to land free-agent center Kyrylo Fesenko after the Golden State Warriors passed on the Ukranian big man, according to sources close to the situation.

Fesenko had committed to signing with the Warriors earlier this week, but sources told ESPN.com that Golden State and Fesenko "mutually" canceled their plans to finalize a one-year deal worth just under $1.1 million, in part because Fesenko needs an additional week or two to get into game shape after September knee surgery.

Sources said Fesenko is now leaning toward accepting the Mavs' one-year minimum offer and is likely to make a decision by early next week. 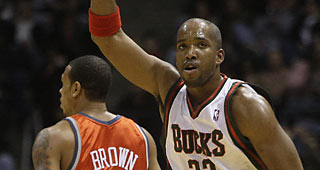 The Phoenix Suns have signed Michael Redd, the team announced .

“Michael Redd has a proven pedigree as a first-rate NBA scorer,” said Suns President of Basketball Operations Lon Babby. “He will work with our renowned training staff to get into basketball shape. When he is ready to play, Michael will be a welcome addition to our team.” 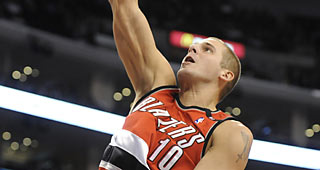 Consider the Clippers one of the many teams hoping to sign Joel Przybilla.

Przybilla's agent, Bill Duffy, confirmed Wednesday that the Clippers have interest in his client. 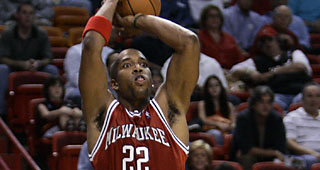 Michael Redd, who has a scary knee history, worked out for the Suns at US Airways Center on Tuesday, and the Suns are expected to sign the 32-year-old Thursday to address their need for scoring and shooting.

Redd likely would not play immediately as he learns the Suns' system and works into playing shape.

Redd worked out for the Suns along with free agent NBA veteran Ime Udoka and free agent Gilbert Brown, but Redd appears to have the primary interest.

The Suns also had Redd's left knee examined because he has played only 61 games over the past three seasons due to two surgeries. Redd tore the anterior-cruciate ligament and medial-collateral ligament in his left knee in January 2009 and did it again in January 2010.

Kyrylo Fesenko has agreed to a one-year, $1.07 million deal with Golden State.

The Warriors signed veteran big man Kwame Brown to a one-year, $7 million deal recently but are clearly concerned about their frontcourt in the oversized Western Conference.

Fesenko -- a 7-foot, 280-pound center who spent his first four seasons in Utah -- was reportedly being pursued by Dallas, Miami and Toronto. 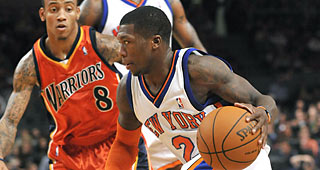 When asked if there is any interest in bringing back Nate Robinson, who recently was cut by Oklahoma City, Mike D'Antoni said the Knicks will look into it, but his smile after the question seemed to indicate his disapproval.

A return by Robinson seems highly unlikely, given his tumultuous relationship with D'Antoni. But a short-term solution to the Knicks' sudden lack of depth at the position could come soon.

"One [point guard] is out and one is hurt," D'Antoni said. "Maybe we have to do something about it . . . We'll try to rectify the situation and see what we can do." 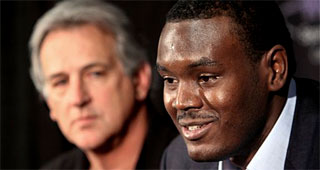 “I didn’t expect to (play so early in the game), but one of those fouls they called on Jordan was a little suspect,” Dalembert said. “As they say, you have to be ready. The first couple minutes were a little weird. They kept the plays a little simple and I was able to grasp some of it and we were able to do some stuff and improvise when the plays broke down. After the first few minutes, it kind of catches your breath. But after a while I got a little comfortable.” 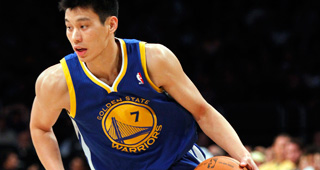 The Knicks have claimed Jeremy Lin off waivers.

Lin was waived by the Rockets to make room to sign Samuel Dalembert.

Golden State waived Lin earlier in the offseason in order to sign DeAndre Jordan to an offer sheet.

The Knicks and Warriors are interested in Jeremy Lin, according to sources.

Golden State had to release Lin in order to clear a roster spot to sign DeAndre Jordan to an offer sheet.

Houston claimed Lin, but had to release him to sign Samuel Dalembert.

The Knicks are searching for an extra point guard due to injuries to Baron Davis and Iman Shumpert. 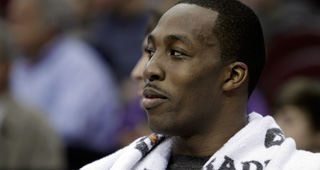 David Stern was in Oklahoma City on Sunday before the Thunder hosted the Magic on NBA Opening Day.

Stern was asked how he wants to see Dwight Howard's situation with Orlando play out.

"That's the beauty of the soap opera of basketball," Stern said on Sunday in Oklahoma City. "As in life, it'll play out the way it plays out, and we'll all be observers of it. I just don't know.

"But, to me, I am of the view that when somebody has put in his years so to speak and he has earned his free agency he's free to decide where he'll sign, and he's not under a compunction under our system to re-sign with a team if he doesn't want to. But how it plays out? We'll all wait and see."

The Bobcats are looking to add another scoring option after the free agent departure of Dante Cunningham.

Carmelo Anthony and Kenyon Martin played seven seasons together with the Nuggets.

Gustavo Ayón averaged 15.9 points on 66 percent shooting while grabbing 8.2 rebounds per game this season over 10 games for Fuenlabrada of Spain.

The Knicks are reportedly open to adding Kenyon Martin and Wilson Chandler.

Mickael Pietrus was bought out by the Suns and is expected to clear waivers Saturday.

Chuck Hayes was cleared to play after being incorrectly diagnosed with a heart abnormality.

Chuck Hayes Cleared To Play, Goes Back To Drawing Board In Search Of Contract

Chuck Hayes has been cleared to play after the Kings voided his four-year, $21 million contract because of concerns about his heart.

Kevin Love could become a restricted free agent next summer.

DeShawn Stevenson has agreed to terms with the Nets.

Samuel Dalembert agreed to a two-year deal with the Rockets.

Steve Novak was waived this week by the Spurs.

Derrick Rose didn't seek a player option in his contract.

The Blazers can offer Nicolas Batum a five-year extension.

The Knicks have a $2.5 million exception to offer free agents.

Derrick Rose's extension is for roughly $10-11 million more than he would have been eligible to sign under the previous CBA.