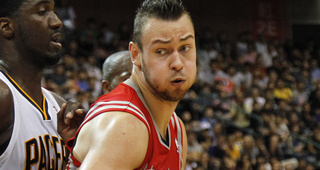 The Los Angeles Lakers brought Donatas Motiejunas in for a workout following the injury to Larry Nance Jr., but they didn't immediately sign him.

Motiejunas is an unrestricted free agent after a prolonged contract stalemate with the Houston Rockets.

The Lakers have Timofey Mozgov, Julius Randle, Thomas Robinson, Tariq Black and Ivica Zubac on their depth chart at the big positions. 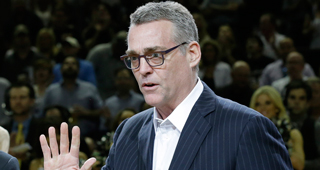 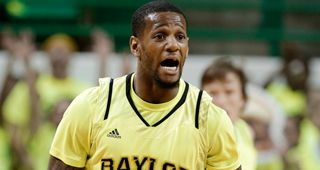 The Dallas Mavericks are signing Pierre Jackson to a partially guaranteed two-year deal.

Jackson had been averaging 29.1 points, 4.5 rebounds and 6.0 assists in 35.7 minutes per game this season for the Texas Legends of the D-League.

Jackson was an early second round pick in 2013 out of Baylor by the Philadelphia 76ers with his draft rights going to the New Orleans Pelicans in the Jrue Holiday trade. 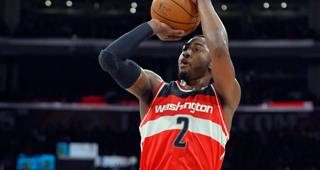 John Wall has frequently been vocal in expressing his opinion of being underpaid on his five-year, $80 million max contract extension he signed in 2013 that runs through 18-19.

Under the NBA's new collective bargaining agreement, teams can sign designed players to contract extensions at 35 percent of the cap but Wall hasn't qualified for the criteria.

In order to sign that type of extension, a player has to have achieved All-NBA status, league MVP or Defensive Player of the Year.

“I feel like it’s amazing and crazy because I had my best year, like, two years ago, my second year [as an] all-star, I averaged 20 and 10 and was a starter but couldn’t make all-NBA team,” Wall said. “So I mean, you want those individual accolades but it’s to the point that [if] you get your recognition, then you get it. You only get those [individual honors] by winning. When I did and had an opportunity to win, I still didn’t make it."

“We don’t play on TV a lot so a lot of people don’t get to see us play. If you don’t have NBA League Pass and stuff like that, you don’t see the things that I’m doing in the game or what we’re doing trying to win,” Wall said Thursday. “So if you ain’t checking on Twitter and stuff like that, you don’t know. All these other teams get a lot of TV games, that’s why they get these accolades from the media and fan votes. Until we get an opportunity to be on TV more, it would be tough for people to realize and see what I do.” 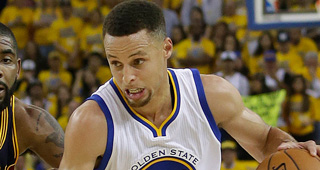 The salary of Stephen Curry is set to increase from $12 million this season to $36 million next season as part of the NBA's new collective bargaining agreement.

Curry is on the final season of a four-year, $44 million extension signed in 2012.

Because of a new rule, Curry's new contract could be worth $207 million over five seasons with $47 million coming in 21-22.

The new rule enables a narrow selection of superstars who are willing to re-sign with their current team to receive up to 35 percent of the salary cap if certain benchmarks are met. As a two-time MVP who has played his entire career with the Warriors, Curry would meet the qualifications.

A player with Curry's experience level, under the previous CBA, would have been able to sign for only 30 percent of the cap.

If Curry were interested in changing teams, he could only sign a four-year deal worth approximately $135 million. 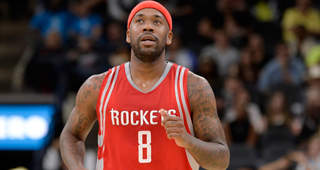 Brown was waived by the Rockets to create a roster spot for Donatas Motiejunas. The Rockets decided to renounce their rights to Motiejunas after a prolonged restricted free agency.

Brown appeared in six games for the Rockets this season before he was released.

The Houston Rockets have renounced their rights to Donatas Motiejunas and he'll become an unrestricted free agent.

Motiejunas and the Rockets hit another snag last weekend following his physical after the two sides were able to agree upon a revised four-year deal.

The initial deal Motiejunas signed with the Brooklyn Nets in restricted free agency worth as much as $37 million over four seasons was discarded after it became a four-year, $31 million deal with the Rockets.

The Rockets could have failed Motiejunas on his physical to keep him a restricted free agent but they instead have given him the opportunity to sign with another team beyond the Nets. 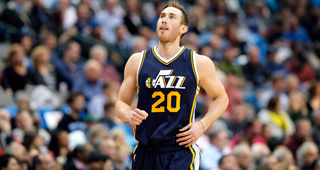 Gordon Hayward said he will prioritize contending for a title as a free agent this offseason.

Hayward will surely have several max contract offers on the open market while the Utah Jazz can offer ore money and an extra guaranteed season.

The Jazz want to get healthy and demonstrate to Hayward that they have a nucleus capable of competing for a title.

"It comes down to where I can compete for a title," he said. "Where I live -- that doesn't affect me. The limelight doesn't matter to me. I just want to make a run at it." 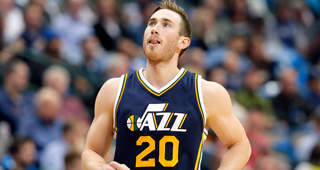 The Los Angeles Clippers explored a sign-and-trade deal for Gordon Hayward in 2014 when he was a restricted free agent. Hayward signed a four-year, $63 million offer sheet with the Charlotte Hornets that was matched by the Jazz.

Doc Rivers is an admirer of Hayward's game and the Clippers have long had a hole at small forward.

The Clippers won't have an easy path to max cap space to pursue Hayward as they also have to contend with the free agencies of Chris Paul, Blake Griffin and J.J. Redick in 2017. 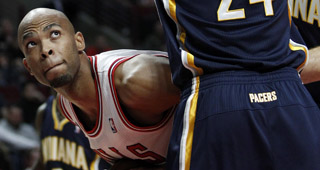 Taj Gibson agreed upon a four-year, $38 million extension with the Chicago Bulls in 2012 and will be a free agent for the first time in his career this offseason.

"Of course I want to stay here," Gibson said.

Gibson took somewhat of a hometown discount when he extended in 2012.

"The amount of money I'm seeing guys making is ridiculous. But I'm going to remain humble," Gibson said. "I'm going to stay focused and know I was blessed to get that last deal I got."

Gibson will turn 32 in June.

"The basketball gods always reward you. Just stay the course," Gibson said. "I always just do my job and never be a distraction for my team. I'm blessed to be here a long time. I remember over the years a lot of trade rumors, a lot of times I thought I wasn't going to make it through. They stayed with me. It speaks to my character.

"Right now, I just have to focus on doing my job and proving I can still play and be a front-line guy (as a starter) or off the bench."

The Rockets and Donatas Motiejunas agreed upon a new contract on Friday but that hit a snag on Saturday with his physical.

Reggie Williams last played in the NBA during the 14-15 season with the Spurs.

Anthony Brown appeared in nine games for the Pelicans, averaging 3.9 points and 2.5 rebounds in 15.9 minutes per game.

Donatas Motiejunas broke restricted free agency convention by not reporting for his physical this week.

Bob Myers: Andre Iguodala Was Really The GM Of His Sign-And-Trade In 2013

The Warriors signed Andre Iguodala in free agency after they played him in the playoffs.

Spencer Dinwiddie was averaging 19.4 points, 3.7 rebounds and 8.1 assists in nine games in the D-League this season.

The Rockets can still theoretically agree upon a separate deal with Donatas Motiejunas though he is technically under a uniform player contract.

Yogi Ferrell appeared in 10 games for the Nets posting averages of 5.4 points and 1.7 assists in 15.1 minutes per game.

Donatas Motiejunas At Odds With Rockets Over $6M In Lost Incentives

The $6 million difference was to be paid to Donatas Motiejunas via incentive clauses if he played for the Nets.

Chris Bosh has two additional seasons remaining on his contract with the Heat that he signed in 2014 as a free agent.

The Rockets can leave the current deal open or return Donatas Motiejunas to restricted free agency.

The Rockets have matched the offer sheet Donatas Motiejunas signed with the Nets.

Toney Douglas was with the Cavaliers during the preseason.

Al Horford met with four teams at the Four Seasons Hotel in Atlanta during free agency.

Hassan Whiteside quickly signed with the Heat but he also had interest in the Blazers.

With Donatas Motiejunas being a restricted free agent, the Houston Rockets have 72 hours to match.

Derrick Rose Would Like To Spend Remainder Of Career With Knicks

Derrick Rose is scheduled to be a free agent this offseason but he has interest in remaining with the Knicks.

Donatas Motiejunas is visiting with the Nets and undergoing a physical.

Chris Paul turns 32 in May and his new five-year deal would take him well past 35.